What does Barack Obama have in common with startups and SAP you might ask? Actually nothing, except of the date – June 19th 2013. That was the day Barack Obama held a public speech at the Brandenburg Gate in Berlin. That was also the day SAP invited young entrepreneurs from across Europe to the second annual SAP Startup Forum. Despite the traffic chaos caused by Barack Obama’s visit and the hot weather, 120 participants joined SAP to learn about exciting business ideas enabled by SAP HANA.

Cafer Tosun, managing director of SAP Innovation Center in Potsdam, opened the event by greeting the invited startups, representatives of SAP Ventures and Hasso Plattner Ventures, attending journalists and SAP employees. He talked about how SAP is supporting the startups and why this is so important for the company. To support Cafer’s statement Marcus Krug demonstrated what great innovations are already being developed by startups on SAP HANA by showing a demo of Alacris’ Theranostics, one of the SAP Startup Focus Program participants, who built a virtual simulation model to predict the effect of cancer treatment based on the individual data of a patient.

The startups then received a brief introduction of SAP Startup Focus Program before the most exciting part of the event started. The use cases presented by the 32 invited startups covered a variety of industries from healthcare over to music industry, real estate, online marketing and utilities. 16 of these startups had a chance to pitch their ideas in 6 minutes to the jury panel, while the remainder pitched their use cases in the mixer session in the afternoon.

Presenting all of the amazing startups in a short blog, would be inappropriate, so here is my personal top 5 pick:

In addition, two students’ groups showcased their projects based on SAP HANA technology in the course of HANA for Humanity session. Students from FH Ludwigshafen and FH Brandenburg presented their projects in cooperation with SAP University Alliances, called the Database of Dreams and LernApp.

Afterwards, all attending startups had an opportunity to ask all burning questions and engage with topic experts in the following deep-dive sessions:

The event received extensive coverage in the press and social media: 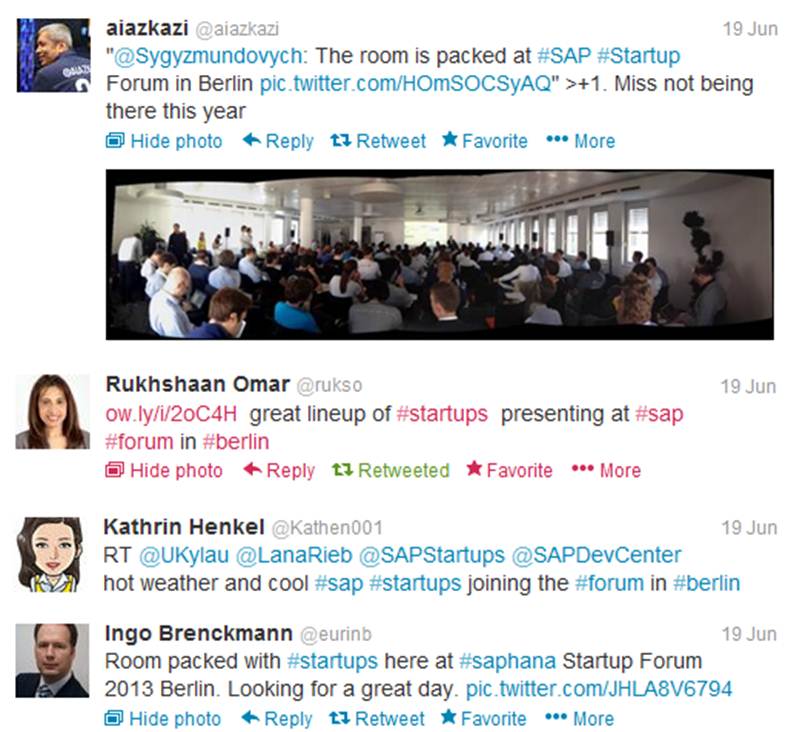 I am already looking forward to learning about other new use cases and startups, aren’t you? There are multiple events taking place around the world and throughout the year, so check out other Startup Forum events. Follow the buzz on Twitter or Facebook via @SAPStartups and #sap #startups. 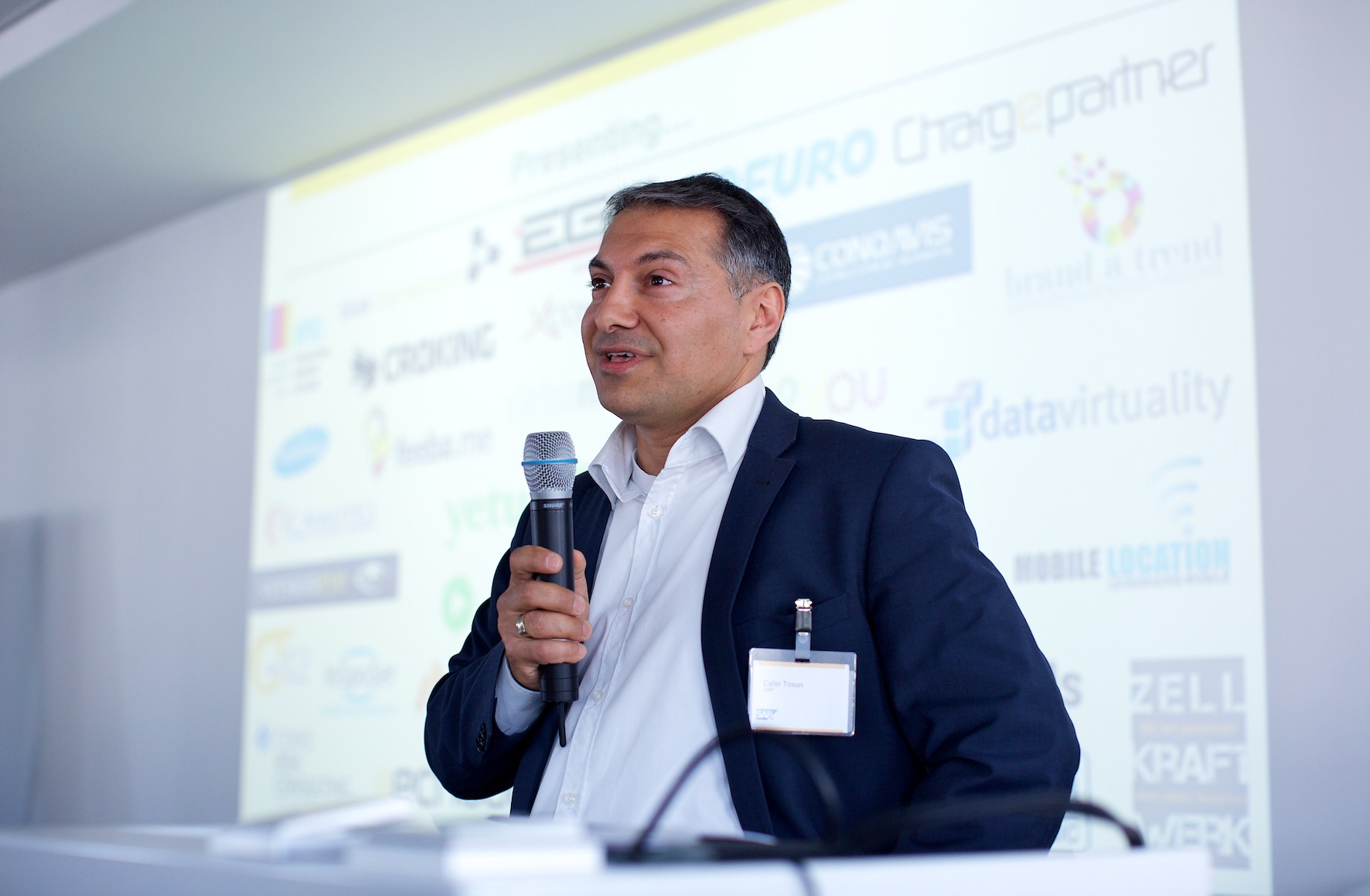 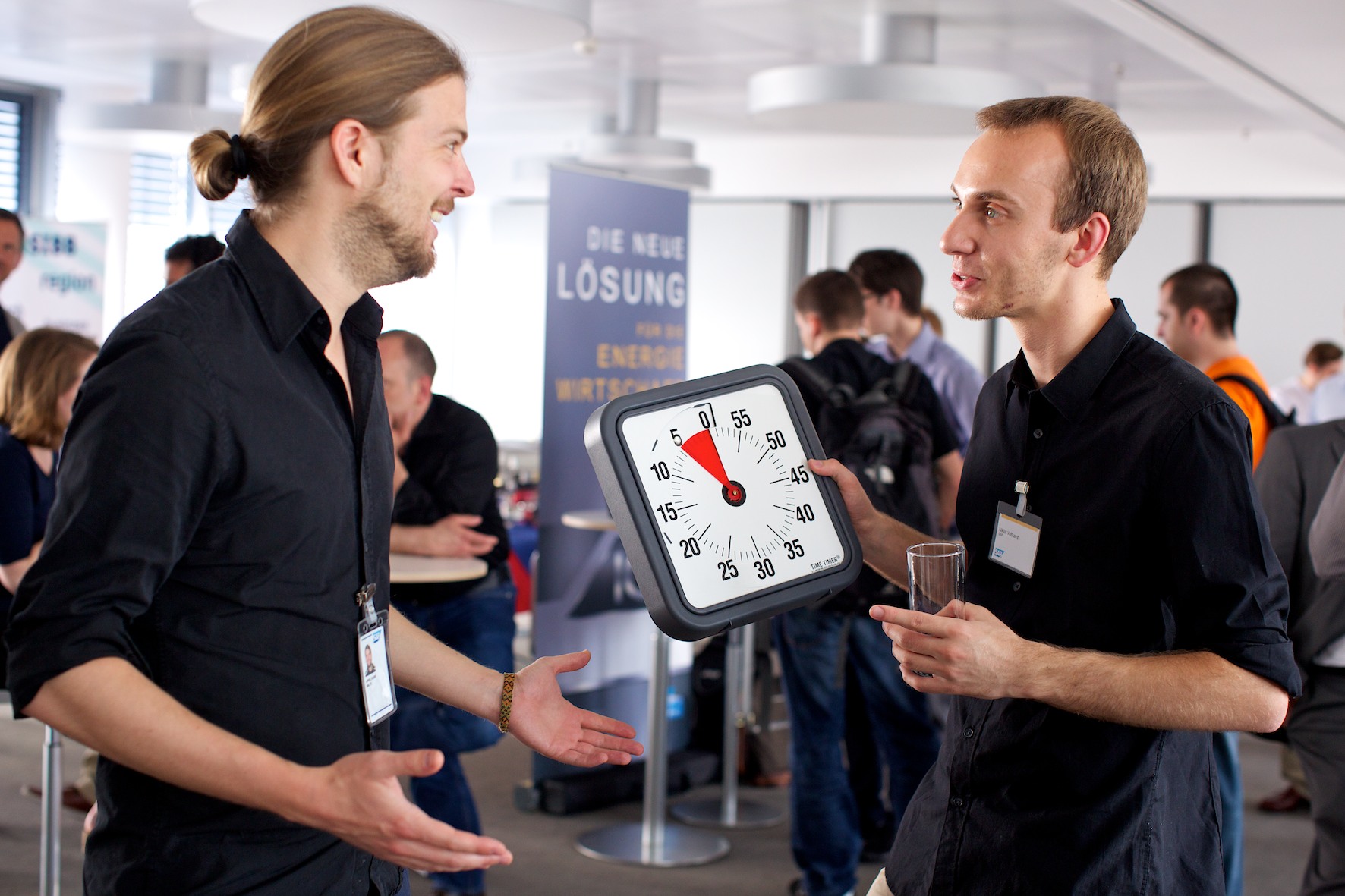