Victory is a prevalent theme in this Top 5 list. Writers on SAP Business Trends examined how success is fleeting if you don’t plan for its longevity; one of SAP’s newest publications is already an award winner; SAP’s unprecedented rate of innovation is enabling success in new industries. 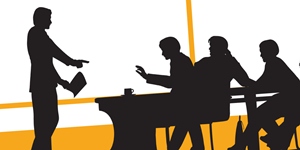 No. 1: There’s No Success Without Successors

No. 2: Demonstrating the Power of the Individual: SAP Milestones Wins Award

SAP Milestones just passed a few milestones of its own. Michael Zipf marks the occasions by describing the Web magazine’s first awards and its new focus.

No. 3: SAP Focuses on Technology to Win Big in Racing, Insurance and Other Industries

A focus on technology has been crucial to SAP’s past success, and it will be what separates the company from its competitors going forward, according to a panel of SAP experts. Derek Klobucher keys in on how SAP is using this advantage to break into a new market.

No. 4: Why Do Sandwiches Taste Better When Someone Else Makes Them?

Not only does food prepared by another taste better, but you’ll eat more of it. Jonathan Becher serves up the research behind this phenomenon, as well as the recipe for his Daydream Diet.

Imagine a country that consumes about 150 million hot dogs over one holiday weekend. From a 19th Century dachshund sausage with a roll to 21st Century tech, Tim Clark offers up a history of the hot dog with everything on it.