DOMA and Prop 8 at the Supreme Court: What today’s decisions mean for you

It’s a historic day today in the US. Exactly 10 years after its Lawrence vs. Texas decision that essentially legalized being gay here, the US Supreme Court issued significant rulings on the two same-gender marriage cases before it:

1 – The US Supreme court struck down a key provision of the Defense of Marriage Act (DOMA), finding Section 3, the ban on federal benefits for married same-gender couples, unconstitutional.

2 – The US Supreme Court dismissed an appeal to the decision rendering Proposition 8 unconstitutional based on lack of standing. Prop 8 prohibited same-gender couples from marrying in California, and it has been involved in legal challenges ever since it passed in 2008.  The stay in the order rendering it unconstitutional should be lifted soon.

What do these rulings mean for business, for you as a same-gender employee or for your same-gender colleagues? With the caveat that I’m not a lawyer, below is my interpretation:

What does this mean?

You or your colleagues in same-gender partnerships in California who wish to get married will be able to be married.

Only a procedural issue remains for the 9th Circuit court to dismiss the appeal after the US Supreme Court sends them formal notice of today’s decision. After that, you can go to the county clerk to ask for a marriage license.   There are some questions as to whether all jurisdictions in California are required to issue marriage licenses, or whether some can refuse to and bring their own cases through the courts. However, the state has indicated that counties that refuse to abide will face legal action from the state.

This has immediate ramifications for many colleagues I know who have been waiting to marry their loved ones.  We’ll hear lots of wedding bells and wedding planning should become a discussion at many workplaces.

Your same-gender marriage is now federally recognized if you married in one of the 13 states + DC that allow it:

See an overview of over 1,000 federal benefits previously denied to same-gender couples: http://www.thetaskforce.org/reports_and_research/GAO_benefits.

As one of the authors on the Supreme Court blog at http://www.scotusblog.com/ said: “Perhaps for the first time ever, many people will be eager to file their taxes next April 15.”   Depending on your tax situation, you may need to take a look at adjusting your withholdings.

The health insurance benefits that spouses of same-gender employees receive should no longer be considered taxable income, as it had been until today.  A growing number of businesses opted to fix this inequity themselves by “grossing up” wages to make up for lost income due to that taxation.  In my understanding, these should no longer be necessary if this taxation is ceased.

If you are married, you *should* be able to sponsor your same-gender foreign national for a green card here in the US.
See for discussion:  http://firstread.nbcnews.com/_news/2013/06/26/19153847-doma-decision-a-win-for-lgbt-immigration-rights-advocates

This has huge ramifications for colleagues I know personally who have to live apart from their partners.  Will it also affect your company’s H1 visa process?

What does this NOT mean?

You can’t get married if you live in a state that does not allow same-gender marriage.

There are only 13 states plus DC that now allow this right. Today’s decisions do nothing to require more from other states. HOWEVER, as a colleague points out:

LGBT people who live in states that don’t allow same-gender marriage, like Pennsylvania (the head of SAP America), can get married by going to other states that do – for example, Delaware and New York are just a short drive away. You can get married in one of those states, receive full federal recognition, and continue to live in Pennsylvania.  Another option is to have a ceremony in Pennsylvania, and before or after have a civil ceremony in one of those other states.

The situation could be legally complicated for businesses and should certainly keep evolving.

This has nothing to do with ENDA – the Employment Non-discrimination Act.

To be clear, it is against SAP policy to discriminate based on sexual orientation or gender identity.

It’s not clear whether all the federal benefits of marriage will now be enjoyed by married same-gender couples – even some of those I’ve mentioned in the section above – which may be subject to further litigation.

Feel free to let me know in the comments if I’ve misrepresented anything.  And thank you for being here!

Here’s Wikipedia for the background on today’s cases:

NOTE: I had to go through and change terminology throughout to “same-gender” even though that’s not the preferred term — to avoid spamtrapping… 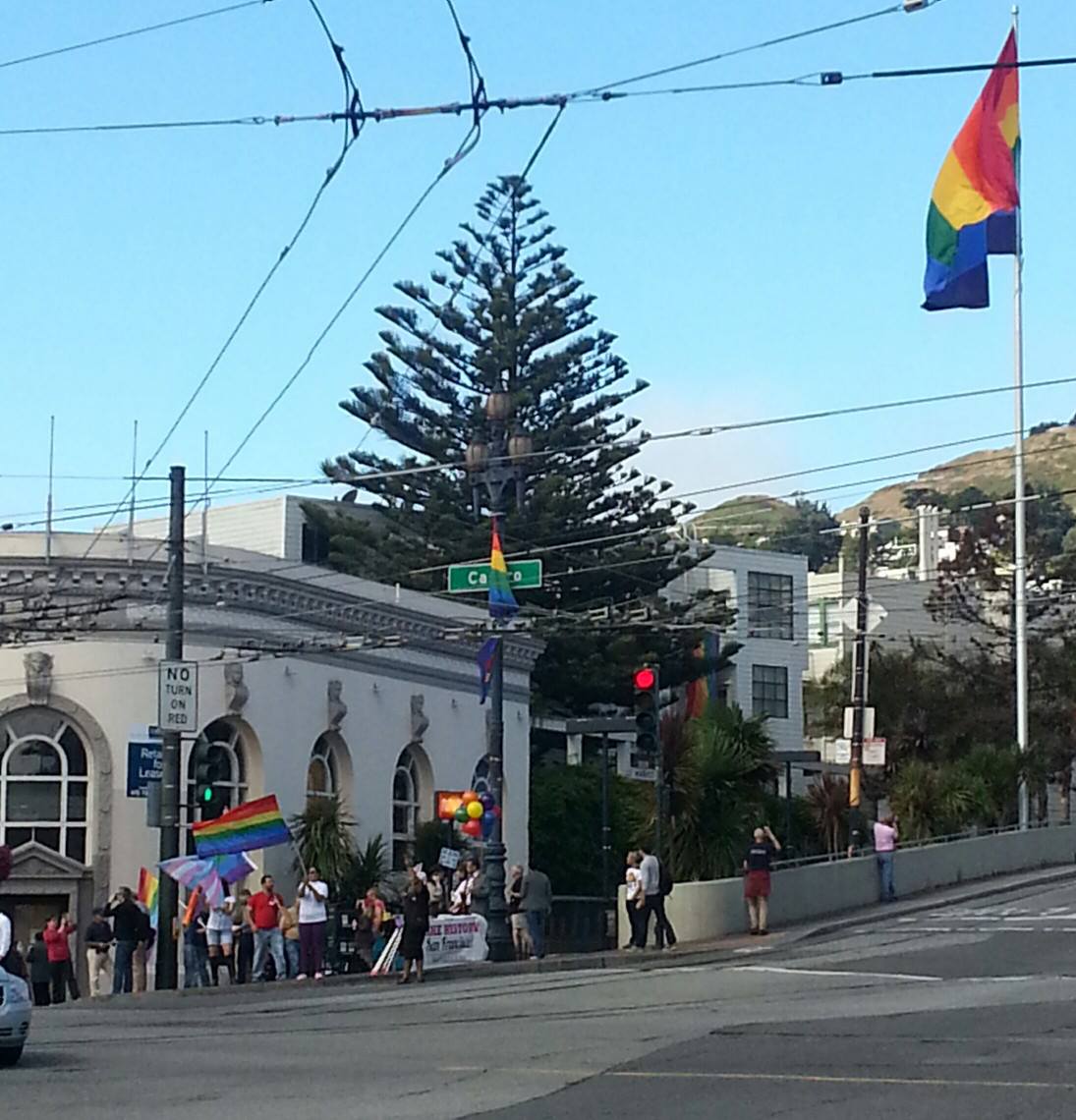 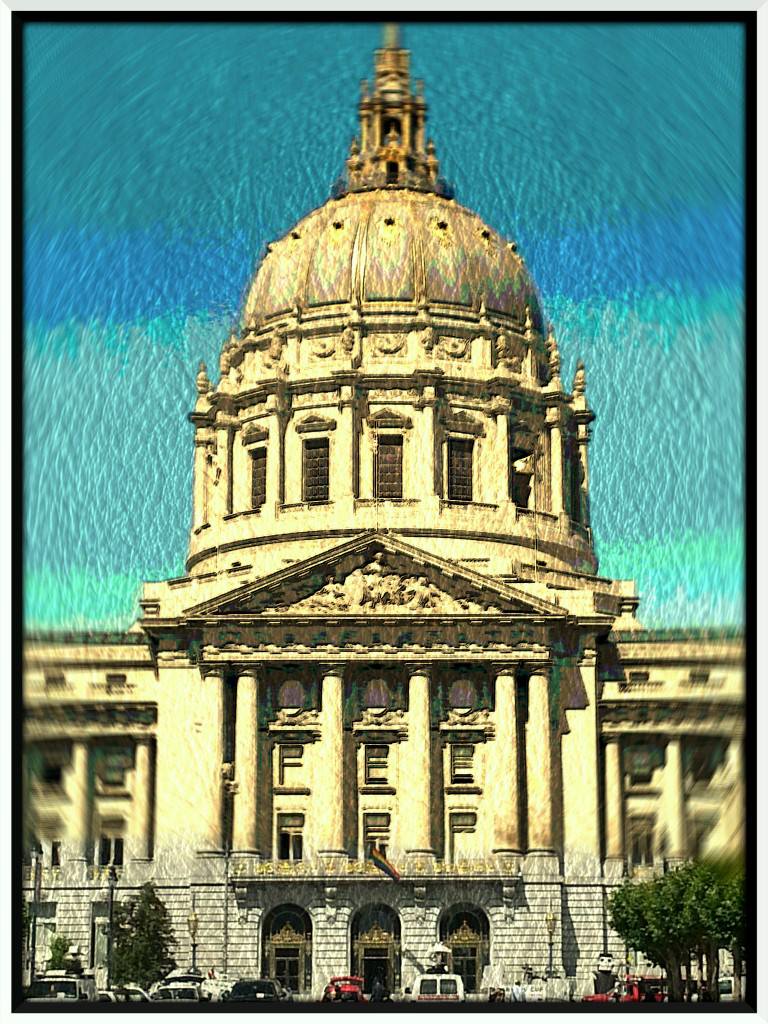 Moya, thank you for putting this together so coherently.  I am still appalled that it is legal to terminate anyone in any state for being gay - but today is a day that is worth celebrating.

Thank you Susan Keohan for taking the time to read and comment.

I wrote from a fairly general perspective, but there is much more nuance and many key ramifications I didn't cover (from federal employee health insurance to COBRA to veterans' benefits to Medicaid to social security ...).

For a great set of documents on the diferent topics, see the National Center for Lesbian Rights here:

And for much more information on California and marriage, see their FAQ here:

Both links are cited in their excellent wrap here:

You may well think that this has no place on a developer community website. Well, the word community should be enough to dispel that, but if it isn't, then consider who you are developing for. The more open you are to other people and what influences them, the better your code, the better designer or architecht you become. Maybe even a better person.

By the way, I live in Australia, but I was a  very proud kiwi in April.

Thanks Martin -- that moment in parliament was priceless!

I saw a poll somewhere in the zillion things online yesterday in which the collective insisted these rulings would not change their business.  I disagree -- anytime people at work can live more openly and have more security for their families, the workplace runs better.

Which is, after al, SAP's mission.

Thanks for this write-up Moya - and for the extra info via twitter to help me understand these issues a bit better.

Right - if there is an HR system left that doesn't let you add a spouse of the same-gender, now is definitely the time.  Most systems across this land, if they had something to fix, had already addressed this within the last decade or so as soon as marriage started to become legal in Canada and other neighbors.

Going forward, it's just easier to look at this as "marriage" - having "domestic partner" in systems as a pale substitute for marriage didn't help anybody.

On the subject of HR systems, I just heard this headline making me wonder about how things may be about to get even more complex: UK government backs three-person IVF

I hadn't seen that yet Jason Lax  -- indeed -- things get complicated when you consider the diversity of possibility.   We'd be wise to architect HR systems that are as agile as humans themselves.

'Diversity:' what a beautiful word 🙂

Moya, thank you for sharing. It pains me that in my home state of North Carolina the voters are obviously not as open minded as in other states (unfortunately I'm not eligible to vote). But I'm hoping that the Supreme Court decision will serve as a wake-up call for our local progressive forces.

By the way, loved the Daily Show segment America comes out of the closet. 🙂 (Link might be US only - sorry!)

I know several friends in North Carolina anxious to have the same legal protections and business benefits for their families.

And it seems I'm not alone nor are we at SAP in helping to ponder the business ramifications of inequality from state to state  -- see "Supreme Court ruling on same-*** marriage has employers scrambling to change benefit plans"  - http://www.washingtonpost.com/politics/courts_law/supreme-court-ruling-on-same-***-marriage-has-employers-scrambling-to-change-benefit-plans/2013/07/05/8d754f98-e546-11e2-bffd-37a36ddab820_story.html

Businesses consist of the people who run them, and thrive on the basis of those in their ecosystems.  We may indeed have to lead the way.

As you may be aware for tax purposes it is required to capture the state where the same gender marriage took place.

Would you know where in the system this would be maintained?

Thanks for checking in. I'm not sure if this is something that is implementation-specific or not, and I'm not an HR solution specialist, so it's taking just a bit of time while I check with the right folks internally.  I'll be back in touch!

Here's what a representative from HRDirect had to say:

There is no requirement to track the state in which a marriage took place, taxes are based on the state in which you live.  From a federal perspective a couple is considered married for tax purposes no matter where in the US the marriage took place, so being married in Massachusetts but then moving to Pennsylvania where the marriage is not recognized would not change the federal tax implications.  However, for state tax purposes, you are taxed based on the employer paid portion of the coverage if you live in a state that does not recognize the marriage.  This is regardless of where the marriage occurred.

Tax implications for employees that live in a state that does not recognize same *** marriage will be taken into account.

Does this help? You should also be able to contact your own HR organization and they should be able to give you assistance.  Thanks,

This is very helpful.