Transport requests are available to transport the developed objects/Configurations from one system to another system. We develop the objects first in Development system and later move it to Quality and Production systems.

There are two types of transport requests:

SE01, SE09 and SE10 are the transaction codes for SAP Transport Management system.

Now you have collected your elements in your Workbench transport request. And released the TR. But later while cross checking you got to know that some of the elements are not being collected. Then what should be done in that case? Instead of collecting the elements in a new TR, won’t it be better to un- release the old TR and re-collect in it.

Step 3. Here 1 entry is found for this particular TR no. 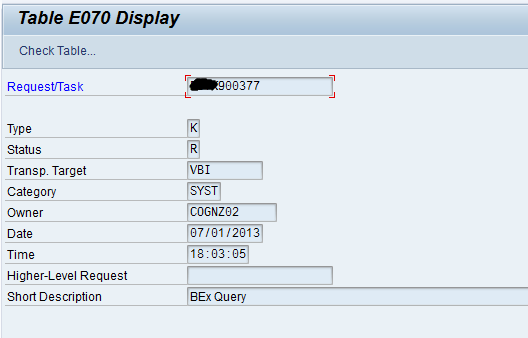 Which cannot be achieved as it is in display mode. To change it to edit mode follow below steps. 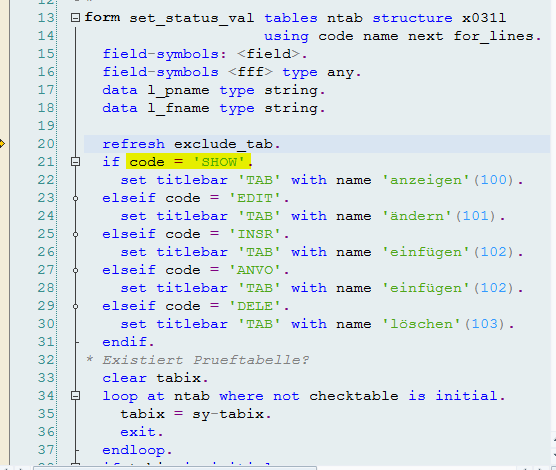 Step 6 : Scroll down in the code until you reach the code = ’SHOW’ line

Double-click code in the program code

Step 7: Click on the pencil to the right to change the value of Variable CODE

Change the value into EDIT and press the enter key

Step 8 : Now the status field is ready to change. 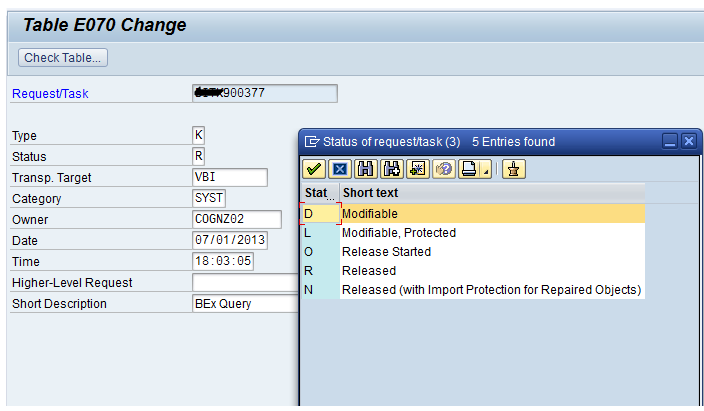 Change the Status to D.