The Middleware Technology Tour is a series of worldwide customer events run by the Centers of Excellence (“COE”) to promote SAP’s middleware portfolios of applications. A few events were already held in May and early June, more are being planned in EMEA, Australia, New Zealand, Japan, China, Middle East, and USA.  The Middleware Technology Forum at SAP (Palo Alto) on June 20th was the first North America venue. Others will be held later this year in ones in Chicago, Houston, Atlanta and Philadelphia.  This year SAP has held its huge, global “Sapphire” event in Orlando, Florida in May. It attracted nearly15,000 customers. The Technology Tour allows SAP to reach regional customers around the world in a much smaller venue and in a more intimate way.

At the recent Palo Alto event, I presented both SAP NetWeaver Gateway (“GW”) and Duet Enterprise (“DE”), connected with customers and participated. Here are my impressions:

The organizers greatly exceeded the goal of 100 participants (high attendance is obvious on the picture of the standing room only keynote speech below).

Darren Crowder, SAP’s VP& Head of Global Business Development / Centre of Excellence – Application Development & Integration / Real Time Data Platform, delivered the keynote “Re-Imagining the Future of our Business” in which he gave an overview of the business landscape, spoke of SAP’s position within the industry, and painted SAP’s vision of the future.  He broke from the traditional roadmap presentation and spoke about the acceleration of technological change.  It is important to understand that change is a part of our life and that we need to be ready for the unexpected.  Darren included demos of several exciting SAP products, including SAP NetWeaver Gateway, which I was called upon to give rather unexpectantly. 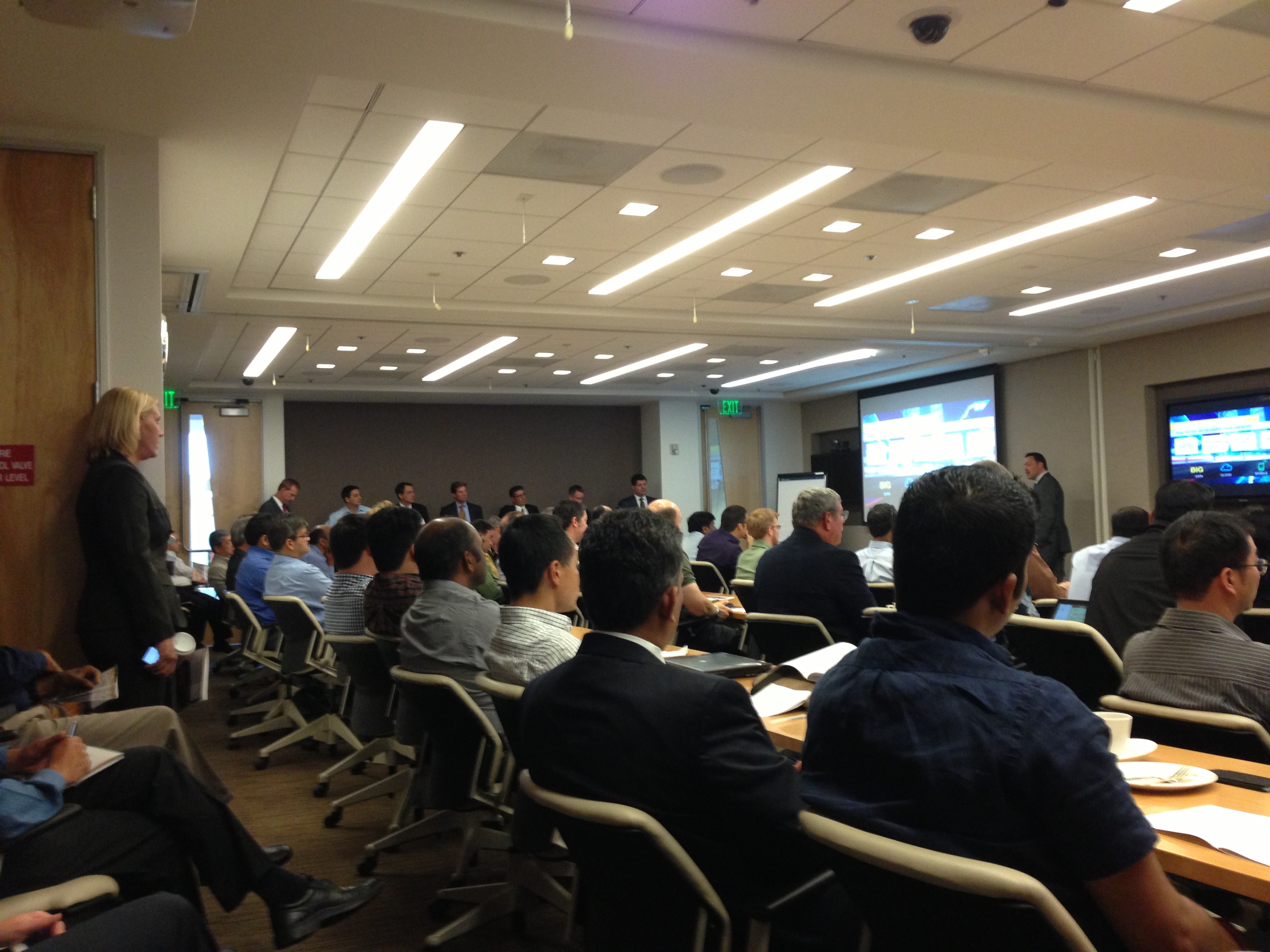 Unbeknownst to me, the keynote speech had been revised overnight, and I received a call only an hour before the keynote was to start asking me to come in and give a demo.  As I live an hour away, in San Francisco, I had to promptly jump in a shower and rush to the office.  Thanks to the light summer traffic (and my lead foot), I just made it.  It was a busy day (and night) for many of us: my colleague  Ira Berk (VP Solution Management, ADI) recounted : “ I spoke with him (Darren) about rewriting his keynote at 3.30am, did my slide changes at 4, had a call at 5, and met Darren for breakfast at 6 — and somehow made it to the shower”.  I must say that it was worth the sleepless night, and the attendees were up for a treat.

Jokes aside, the keynote was very engaging and interactive (and now you know that it is changing for every event), and was followed by three tracks: Information Management (IM), Application Development and Integration (ADI), and IT Management.  All attendees and sponsors joined together at lunch for roundtable discussions. Microsoft, one of the partners/sponsors, led the discussions, , ”At Microsoft, we are motivated and inspired every day by how our customers use our software to find creative solutions to business problems, develop breakthrough ideas, and stay connected to what’s most important to them”. 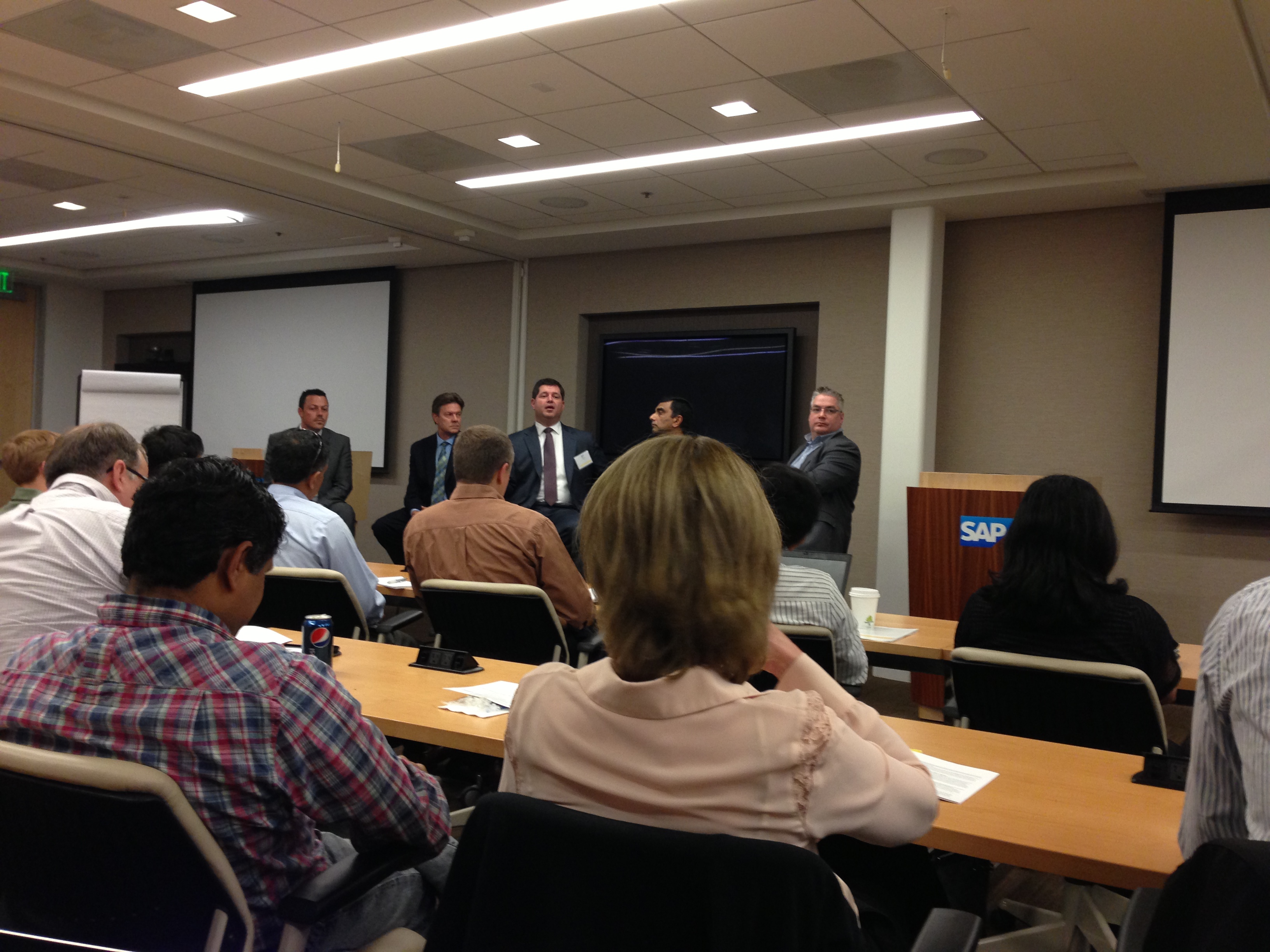 The afternoon session started with a panel discussion ‘Real-time, Big Data, and the Cloud”.

It was followed by separate tracks again.  The ADI track featured another presentation by Darren and Guy Murphy.  Ira’s presentation “A Day in the Life of Connecting People”, served as a very nice introduction to my session, “Make Your Users Happy with a Seamless User Experience”.

Throughout the event, the audience seemed very interested and often engaged with the presenters.  Sometimes it was challenging just to continue to the next slide and stay on schedule!  I started with an overview of SAP NetWeaver Gateway as a required layer for SAP core applications (see some examples of SAP applications on the slide), 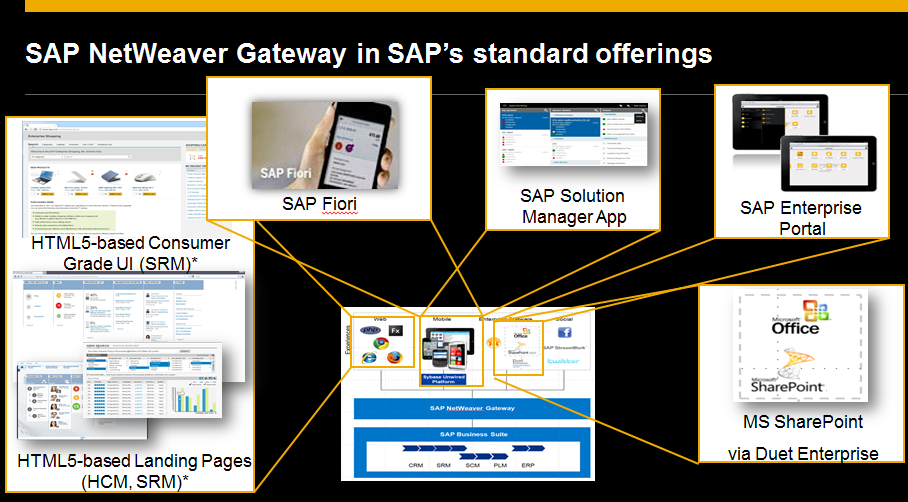 and then spoke of Duet Enterprise. Questions from the audience were related to a wide range of topics from licensing models to competitive differentiation to how to decide which of two solutions to implement.  I followed with the customer success stories (one of GW successes, CalPortland, was in the audience)  and a few demos of GW and DE implementations (For the Gateway I showed the Volkswagen Group China mobile workflow approvals and Asian Paint’s implementation of Facebook/Twitter marketing campaigns integrated with SAP CRM; .Daiichi Sankyo invoice processing based on Duet Enterprise).

To see the Gateway customer success stories and other related videos, visit: http://spr.ly/SAPNetWeaverGateway. 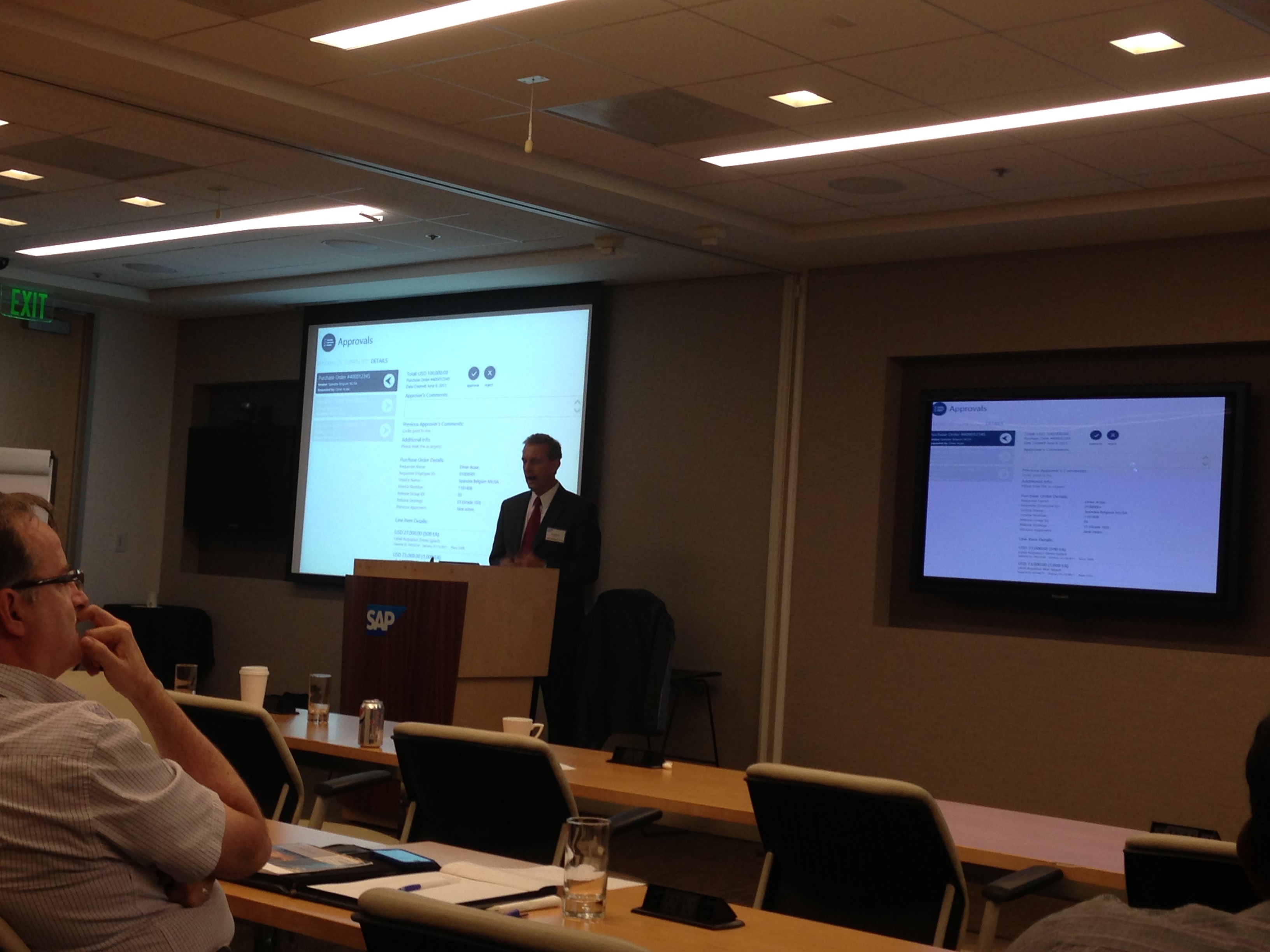 featuring DE and Gateway based applications using a Microsoft Surface device.  I concluded my presentation with a quote from one of our GW customers: ”Low effort, low risk, great results”.  It’s great to get customer feedback like that!  I hope that as a result of the Middleware Technology Forum more customers will try SAP NetWeaver Gateway and Duet Enterprise based implementations, along with other SAP solutions.

For more on Gateway visit the Gateway SCN channel: http://scn.sap.com/community/netweaver-gateway