The NSA Condundrum for Technology Companies: Who’s Watching Whom? 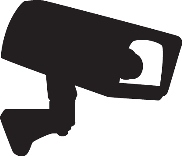 The recent revelations about the United States National Security Agency’s secret surveillance of phone records and personal data from internet companies have stirred up conversations ranging from fear-based diatribes against technology to laissez-faire shrugs about the myth of privacy. The Boston Globe is on a tear catering to readers’ deepest fears with articles on how to erase your online presence, as well as legislative efforts to block Verizon Communications from using new technologies to track television viewer behaviors. Just for the record, the set-top box technology that advertisers would love to get their hands on has been kicking around for several years. And with the advent of the digital age, privacy as defined by past generations is just that—something from another age.

So where do we go from here?  Surveys consistently show that Americans are divided on this issue. In the most recent poll conducted by Pew Research Center for the People & the Press and The Washington Post in early June, 56 percent of Americans believe that the NSA surveillance is an acceptable way for the government to investigate terrorism. However, 41 percent say it is unacceptable. These views haven’t changed much in the past decade or so since the 9/11 terrorist attacks on the World Trade Center in New York City.

Privacy concerns seem to ebb and flow. But they can’t be treated as just another flavor of the month. Sure, the media will move on toother stories as fresh news breaks, and rightly so. The onus is on the technology industry itself to keep the dialogue going.

George Packer wrote an interesting article in The New Yorker last month that shed an unflinching light on what he views as the Silicon Valley zeitgeist. His analysis, based on interviews with a cross-section of technology executives and employees on the U.S. West Coast, lambasted what he sees as a culture composed of equal parts hubris, entitlement, irrational exuberance (read: there would be peace in the Middle East if only everyone joined Facebook), and insularity.

Somewhat paradoxically, the technology sector is an industry of incredible secrecy bent on developing products and services that expose everyone and everything around us. For example, according to Chairman Eric Schmidt, Google creates as much data in two days — roughly five exabytes — as the world produced from the dawn of humanity until 2003. And that was in 2010. Last year Facebook said its system processes 2.5 billion pieces of content and 500+ terabytes of data each day.

The myth of privacy was debunked years ago. In a notorious exercise in the ‘90s, MIT grad student Latanya Sweeney proved that 87 percent of individuals can be identified with just their zip code, gender, and date of birth (no name required). The latest privacy uproar will die down. But the issue isn’t going away. Technology companies are all for sharing our information. Now it’s time to step up and share some of their own. Explain what data is being collected and how it’s being used within and outside the company, including what’s released to the U.S. government. If companies in the technology industry can find a way to embrace the same amount of transparency they espouse in developing products and services, they’ll be full-fledged members of the digital age like the rest of us.

I believe companies like SAP need to reconsider their strategy.

Considering the NSA and GCHQ (Tempora seems to even worse than PRISM) seem to have access to any data:

Why would any company consider putting their data into the Cloud?

Just to give their intelectual property away to the US or UK governement?

Just to give them full access to HR records?

If companies take Tempora and PRISM serious, this is the end to the Cloud as companies like SAP try to sell it.

People/Companies sharing/storing information on cloud is the new normal. The issue is with the ways of working - rules that are transparent, enforcement mechanism and awareness on these matters. This of course will take time, and will have to go through an iterative process.

Susan, thanks for bringing The New Yorker article to my attention. It was a great read on the Silicon Valley zeitgeist as you put it. Will be interesting to see what the future has in store for the Valley and thus for all of us.