I love to contemplate questions like these, especially in the context of Design Thinking.

When I posted this question via Twitter, I got the following response from @gpeters, which I loved because it got me to think more about my current level of creativity. 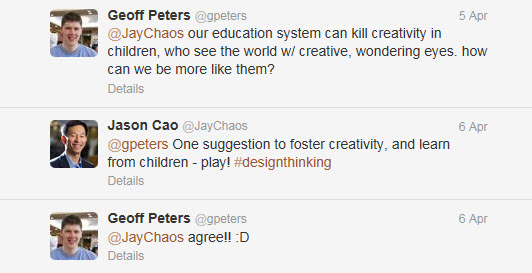 I think we are born curious and creative. The Merriam-Webster Encyclopedia describes creativity as an “Ability to produce something new through

imaginative skill, whether a new solution to a problem, a new method or device, or a new artistic object or form.” It is this creative ability that has set humans apart from the rest of the animal kingdom, and brought us people like Beethoven, Leonardo da Vinci, Frida Kahlo, Steve Jobs and Woody Allen (by the way, I don’t expect you to agree with these examples). Some would describe these people as “geniuses” – although studies have shown that there is very little relationship between creativity and intelligence. I’ll call these people creative geniuses.

Have adults lost their creativity? 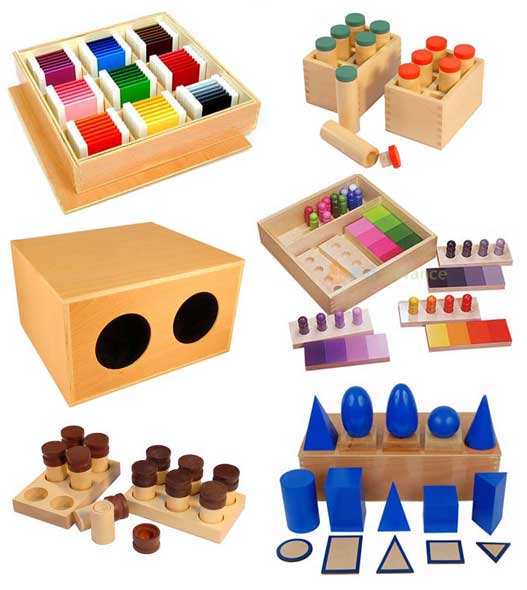 Here’s what I mean:

How do we get this creativity back? 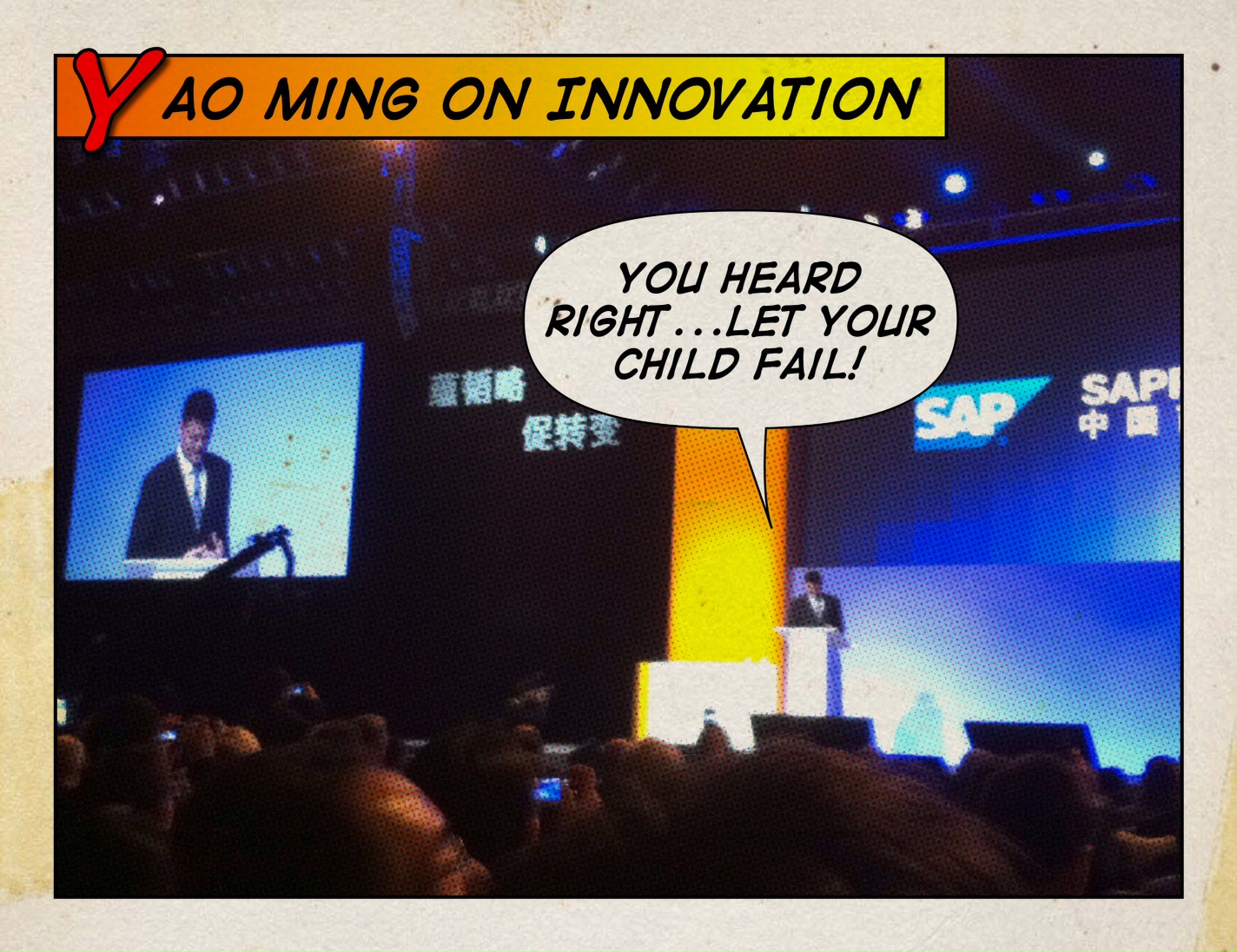 I’ll never forget Yao Ming‘s keynote presentation at SAPPHIRENOW 2011 in Beijing, where he spoke to a packed crowd of over 10,000 attendees. His message was simple – for China to get recognized as a world leader in innovation, every parent must first let their child fail. Yao explained that for too long, the One-Child Policy has caused parents to protect their only-child and avoid risks at any cost (Yao is also an only-child), resulting in a society and economy known for their ability to copy rather than to innovate.  Only when this younger generation is allowed to experiment, make mistakes and learn from these mistakes is it possible for China to showcase its true creative potential.

This message stuck with me because it can be applied in many ways. At this time, it applies to the enablement of creativity. I believe that children and adults alike need the time, space and freedom to fail. For some, this fear of failure is so great that parents and leaders must take the first step, and give permission to fail in order to uncover the creativity within.

Once we’ve uncovered our natural creativity, I believe we can support its growth by bringing PLAY back into our lives. In a Design Thinking workshop at the SAP Vancouver office last week, we were joined by SAP’s Chief Marketing Officer, Jonathan Becher, to brainstorm ideas and create prototypes for our future workspace. This was an opportunity to take off our jackets and have some fun with colours, shapes and our imagination! The prototype and result isn’t as important as the process we went through in dreaming and co-creating with each other. I believe we can add a bit more play and fun into everything we do. 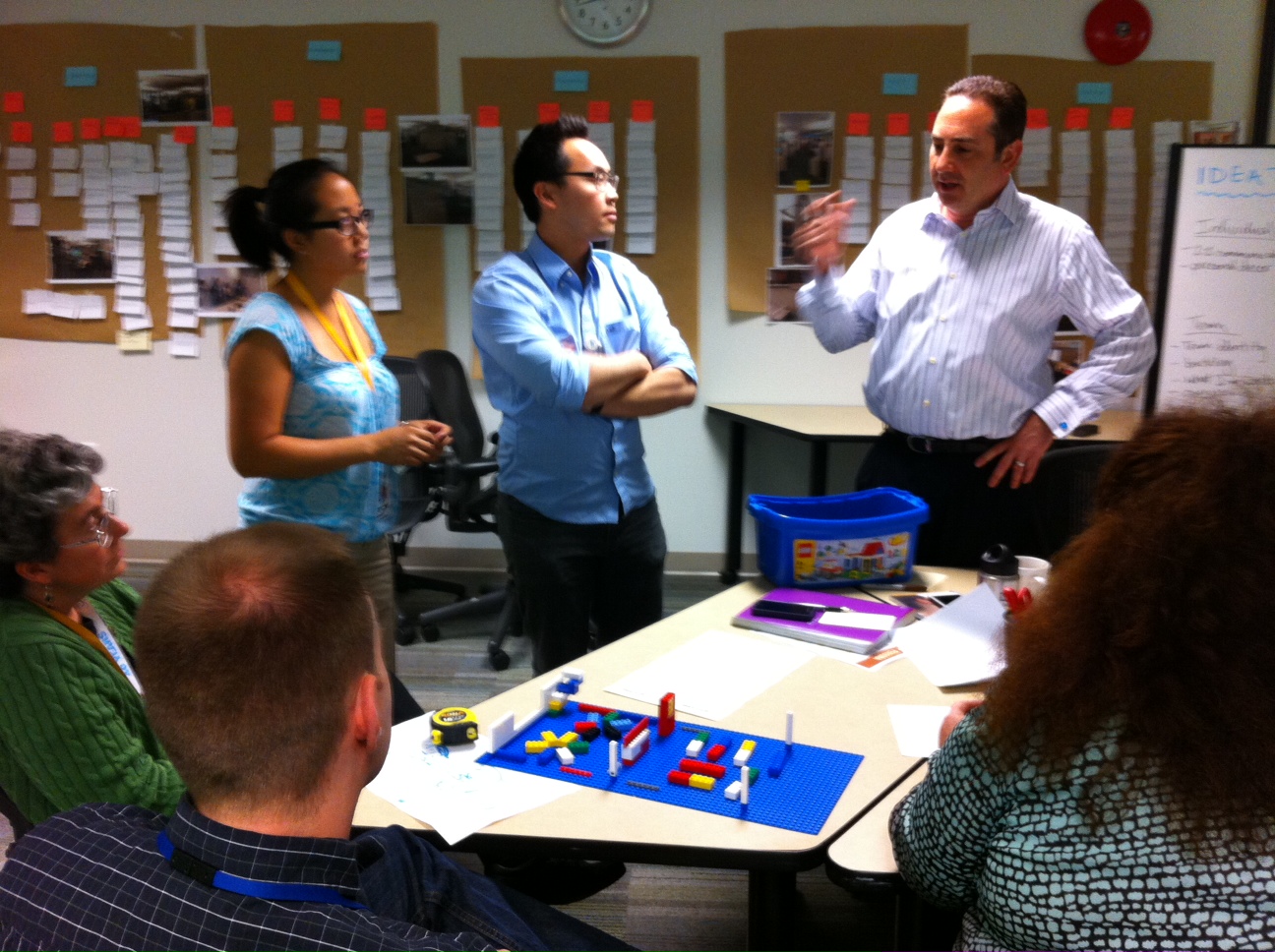 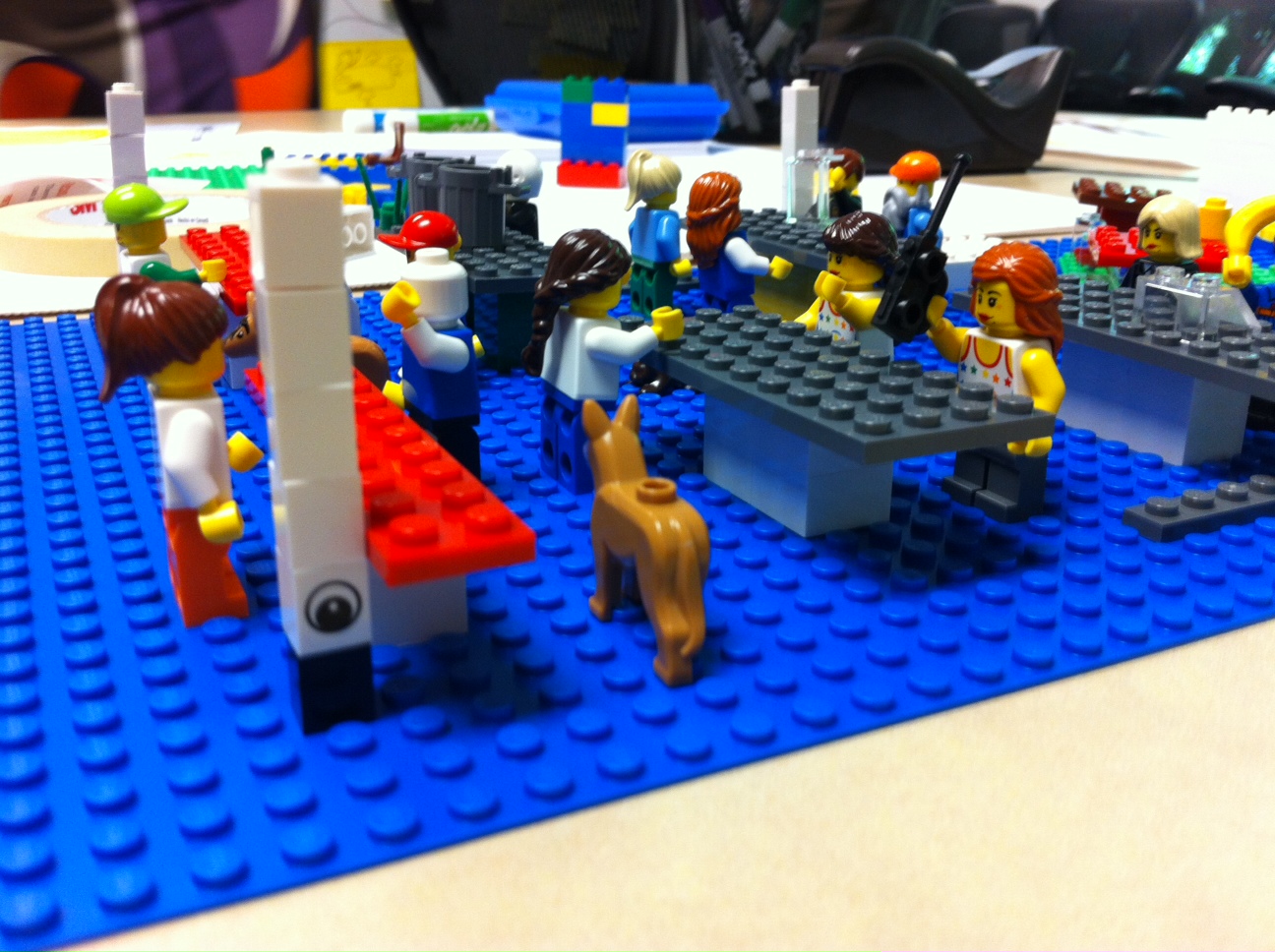 Whether you think creativity is something you’re born with or something that can be learned, I’d like to know – how can we be more creative? Thank you for this creative Blog!:)

Thanks for reading the blog, Moshe!

I believe everyone is creative in their own way.

non-creative people do not exist.

Take a lawyer for example. They have to adhere to the laws, precedent cases and specific processes. Not exactly the most creative job you might think.

the most successful lawyers are very creative in applying the law, in speaking to the human sentiment of judges and juries, in undermining the opposing party etc...

But the way in which we are creative, is different for each individual. Some may be more visibly creative. Others may be quietly creative.

"Being allowed to fail" rings my bell. I too believe that this is vital. If you're afraid to fail, you'll never try something new. You'll stick to what you know that works. when you want a faster horse, you'll train your horse to go faster, rather than building a car (Henry ford).

I also agree that our education system is too much one-direction.

Teacher tells children how the world works, children have to accept this.

It can also be different. If you explain two principles to children, they're bound to mix the two up and come up with something new. (self teaching)

Once you know that the sum of a triangle's corners is 180°, you can start to determine that a 5 point star has 180° as the sum of it's tips as well.

Education often fails to do that, because it's much harder to get children to apply a certain logic, than it is to tell them "because that's how it is"

How can we foster creativity?

Well, you gave the ultimate answer already in your blog: Lego

It's creative in an artistic way (imagine)

It's creative in a technical way (build)

it's creative in a human way (play)

(now I'll feel less embarrassed when I go to the toy store and walk out with a lego set next time. It's for professional purposes!)

Hi Tom, sorry for my delay in posting my thanks for sharing your thoughts on the topic of creativity (I just returning from summer holidays 🙂 ).

You make an important point about everyone being creative in their own way - this is the beauty and power of divergent ideas and perspectives. When time pressure is added the mix, how do we encourage, respect, and appreciate these unique qualities in team members while we move forward in DT activities? Would love to hear from you and others on this.

Wow! This made me think about so many different things, like what ways can we continue to stimulate creativity. It reminds me of how important it is to just try, get up and do something -- like Kid President says in his pep talk. Thanks for sharing!

Hi Anna, I like the bold approach as well. There's always room in our lives for spontaneity and experimentation.

Thanks for sharing the Kid President link! I love the guy - always puts a smile on my face 🙂 .

It's been a while since you've posted this blog, but thanks to the Activity stream I was able to read it 🙂 .

I fully agree with your statements about "playing".I found it frustrating when an adult sees playing with toys as a "childish thing". I live in Sao Paulo, Brazil, and there's a place called "Ludus Luderia", where you can go and play with a enormous set of different table games . I love table games, as much as I love pc/console gaming. Every single time I invite one of my friends to go this place, they always make funny jokes about how "childish" the place is. However, once they are in, they can spend 8, 9, 10 hours playing.

I think this example give us a hint about our society structure. Playing really has to be a childish thing? We have many people telling us how we should be when we're growing up, and that gets so much inside our DNAs that some of us refuse to expand our minds when we're adults. That's sad.

But one contradiction are smartphone games. Have you ever seen a grownup playing Candy Crush on his smartphone? That's playing, the same "childish" activity from my example. Isn't it funny how people can contradict themselves?

Whenever someone asks me about boosting their creativity, I recommend playing a video game. It has always worked for me 🙂

So, get rid of your prejudice: go play Minecraft!

Hi Mauricio, thanks for reading this blog!

Very well said about the contradictions and prejudices we see and act out each day! In a recent interview with Gali Kling Schneider in Behind the Scenes: Jason Cao, I mentioned how our beliefs about what is important and possible is actually holding us back from achieving extraordinary things in society and life.

I must admit, electronic gaming has become one of my 'bright, shiny objects' - thanks to the inspiration of my kids who play Minecraft as well. 😆 This is a welcomed distraction - no shame in saying this! Who wouldn't want to be referred to as "creative" at work, and "Cool Dad" at home? Game on!

Jason, more people should know about the joy of remaking your house after a creeper has managed to sneak in and.. boom 😎

I'll take a look on your interview later!

Mauricio, so true! You could say a creeper is a compelling reason for rapid-prototyping and not being overly invested in our initial ideas. (By the way, I find that lava moats are a good defence against creepers. 😉 )