How SAP Lumira Changed My List of Baseball Heroes

Michael Tsumura, SAP Developer, shares his story of how, while playing with SAP Lumira, he discovered how visual analytics can lead to new discoveries even within his own personal passion, baseball.

During the final preparations for the Lumira release, the developers that work on the project like to do some last minute ad-hoc testing to make sure our product is really ready for our customers. It is kind of like a friendly contest of who can find and fix the best bug before our software is released. I downloaded some major league baseball stats from the web because I was curious to see if there was a relationship between strike outs and wins for pitchers. One of my favorite books is Moneyball by Michael Lewis so I thought it would be fun to look at some baseball stats and test the software at the same time. 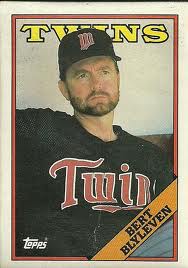 While I was navigating through the data in Lumira, an interesting high

before. At the top right part of my visualization there was a distinct outlier named Bert Blyleven. Who is this pitcher that had over 3700 strike outs, 60 shutouts, and close to 300 wins? I was really excited because I thought I had found a bug in the software! These types of stats belong to household names like R

oger Clemons, Tom Seaver and Nolan Ryan.  I have never seen anybody wear a Bert Blyleven baseball jersey. I have played baseball growing up and col

lected baseball cards as a kid but I had to Google this name because it was unfamiliar to me. Interestingly enough there was a story about him! He was having a very hard time getting voted into the baseball hall of fame until he got some help from a data analyst. This data analyst influenced the baseball voters with statistics and concrete facts that he is indeed a worthy hall of famer that has been overlooked all these years. In 2011, Bert Blyleven got inducted to the baseball hall of fame on his fourteenth attempt. This data analyst who campaigned for the pitcher is getting a large amount of credit for making it happen.

It is kind  of amazing to me how a part time blogger can influence the baseball writers by just having a web site, data, and highlighting some very compelling facts. Hopefully this story is a good example of what Lumira is capable of. Finding data relationships that many people have overlooked, sharing the data with many people, and influencing their decisions. If you are a data geek or baseball fan, you gotta love this story! 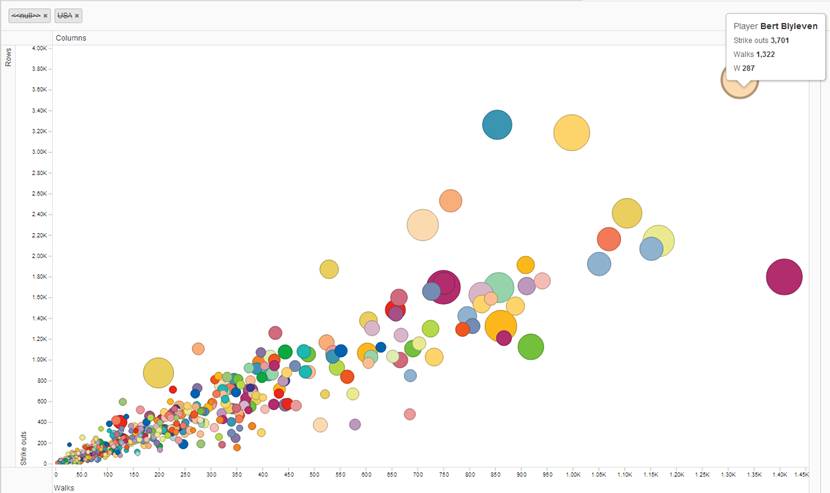 Great to enter for the Data Geek Challenge! www.sap.com/datageek

Where did you pull this data from? Is there a website which has this info publicly available?