SAP CodeJam in the land of Tiramisu

The first ever SAP CodeJam in Italy is over and took place in Rome. After getting back home and working on my exploding email inbox I thought I have to share with you some of the experiences my colleague Peter Peshev and I made at this event.

This event took place in the Barceló Aran Park hotel in Rome and our SCN community member Patrizia Rossi from Technis Blu took care of all the small and bigger challenges you have to organize for such an event. The venue was nice and well prepared and people started showing-up pretty early before the official start at 10am. Again big thanks to Patrizia for that!!

With around 30 participants the size of the event was optimal and before starting I went around and already saw some of the participants checking the cockpit of their SAP HANA Cloud Platform account and playing around with Eclipse.

Like for another event we did in Rome just a few days before Rome I’ve again created a webpage for the SAP CodeJam in Rome using SAP HANA Cloud Portal to make it easier for participants to have all necessary information at hand. I’ll write a separate blog about my experience with SAP HANA Cloud Portal at a later point in time.

We started with a high level introduction to the platform and later on used the sample code in the SAP HANA Cloud Platform SDK to deploy the first applications first on the local development environment and later also to the trial accounts of the participants. We’ve started using the persistence service and later on added authentication to one of the applications.

After that we’ve spent a big amount of time to let participants “play” with the platform and help fixing issues people had – mainly with the right setup of the development environment and the installation of the Eclipse tools and SDK. This is certainly something that we need to help people more with and while thinking this through I remember the blog I’ve written about setting-up an Ubuntu VM to run a development environment for SAP HANA Cloud Platform. I’ll spend some more thoughts around this and might come up with an update on this soon here on SCN

At the end Alessandro Spadoni, also from Technis Blu, showed us an application he build on his trial account. It was a quiz tool where participants had to answer questions around SAP HANA Cloud Platform and could win an SAP press online book. As an UI for the application Alessandro used Twitter Bootstrap what again demonstrated the openness of our platform. Totally new to the SAP HANA Cloud Platform Alessandro was able to create this app pretty quickly and worked hard till 2am in the morning of the event to finalize the application. Thanks also to Alessandro for his commitment and not just showing pure technology but also an entertaining application for the participants.

Summarizing the event I’d say it was a successful event and thanks to Patrizia and Allesandro we’ve had a great time in Rome. 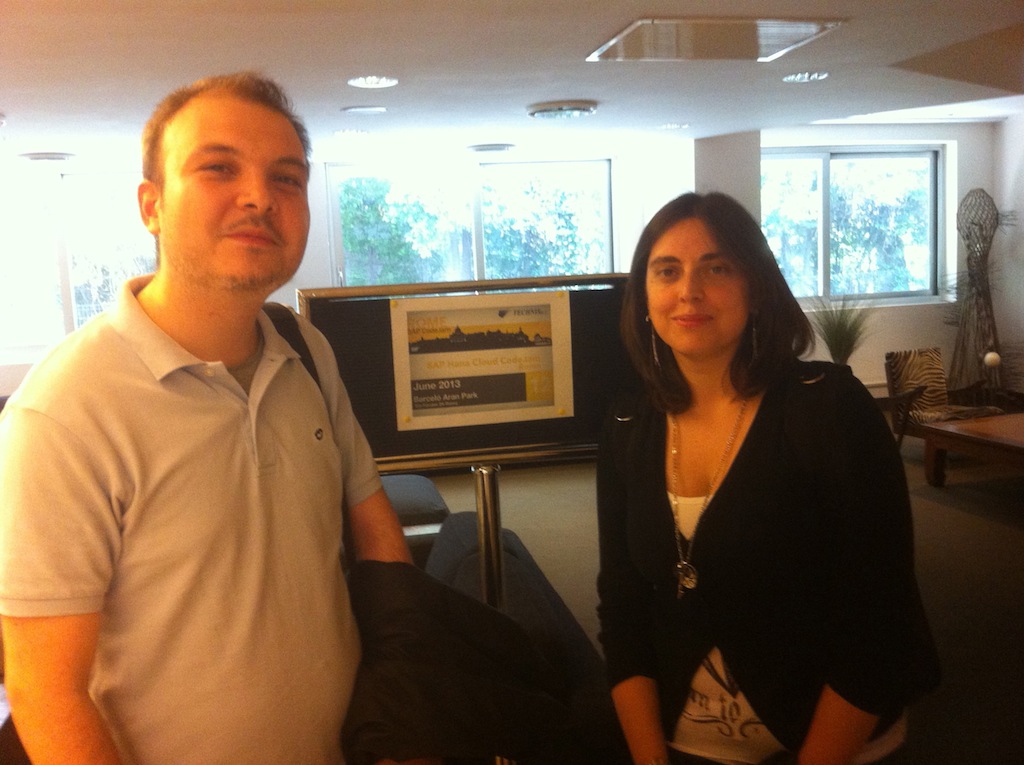 We should also not forget our colleagues from SAP marketing who helped us to run the SAP CodeJam in Rome and other events this year.

Thanks to Thomas Grassl, Craig Cmehil and Helena Losada for the many opportunities to expose and explain SAP HANA Cloud Platform to developers!

I’ll close this blog with a recommendation for everbody who likes/loves Tiramisu and is in Rome.

You HAVE TO visit Pompi, the “Kingdom of Tiramisu”. Very cool place and the Tiramisu there is simply A M A Z I N G ! 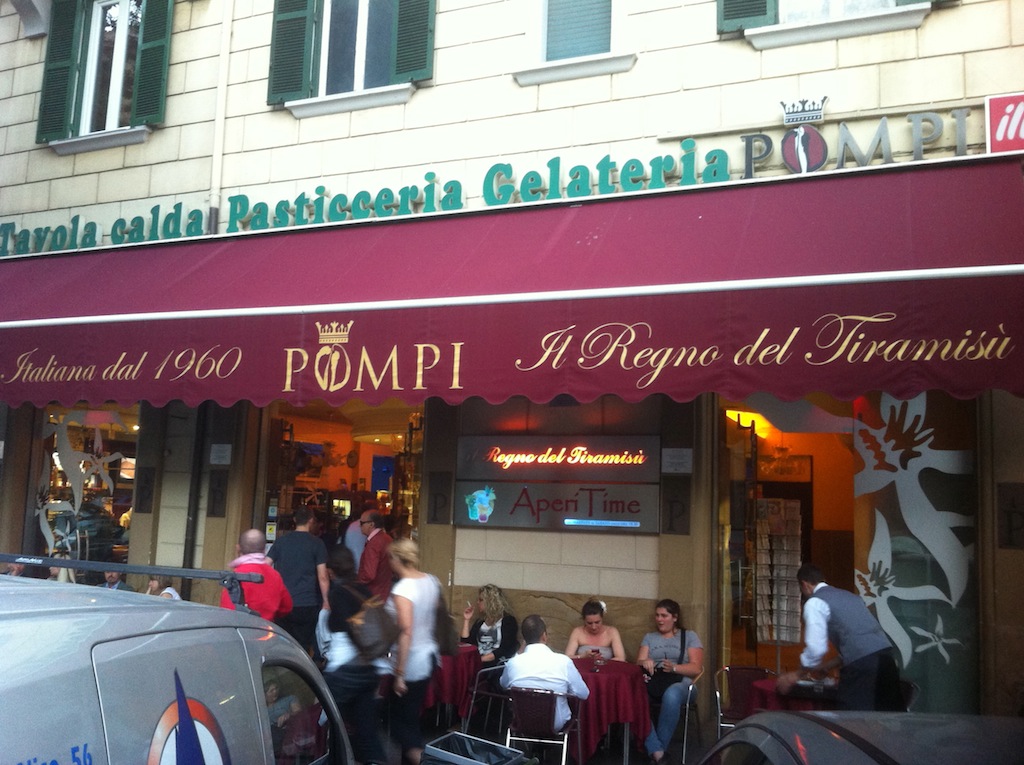 it was a wonderful experience...thank you to all the SAP people , Rui Nogueira and Peter Peshev  !

preparing the quiz was an hard job not because the complexity but for the little time.

PS : for all the interested people...the right name is pompi ! barpompi.it 😆   (strawberry with panna)

Thanks Alessandro. Will fix the name and link of the bar in the blog.

Looking forward to your blog!

Are you going to blog about your experience with Bootstrap? Or maybe put the code on github?

I think that would be useful for the community.

No I'm going to blog about the event and some technical considerations learned during the HCP codejam,

if you are interested in the quiz web application I'll write another blog and put the code on github but I need to adjust some aspects (an administrator panel to create and edit more than one quiz , edit the questions and the answers , roles , etc..) .

If you think it would be interesting I'll blog about it! 🙂