Donation is not all in Corporate Social Responsibility

SAP runs Corporate Social Responsibility programs in China for many years, includes donations, send small gift to the student in poor primary school, build one primary school in poor areas(we call it ‘hope school’), and much more. However, China is developing country, many children cannot get education by variable reasons, but even they can go to school, many more difficulties are coming.

China is “world factory”, but where are the labors coming from? Actually except the people in cities, many young people whatever men or women, left their hometown and their home, go to major cities as one common laborer in industrial production. Sichuan is one of the biggest labor export province, more than 8.9 million people are working in other cities every year.

Are there any issues? Yes! For those workers, they don’t bring their children when they work outside, this because of many reasons, the main reason is they do not able to take care their children, in most of large-scale manufactories, workers live in the factory day and night, and another important reason is, the education

cost is much expensive than the cost in their hometown, which they cannot bear.

Many workers left their children when they are still baby, for those children, they do not have love from their parents even from they were born. They were took care by their grandfather or grandmother, the old men/women can only take care their survival, but nothing on their education and none on the love which they shall get from their parents. Most of the children have psychology problem due to be far away from their parents for long time. We call those children “left-behind children” in China.

There was world known earthquake in Wenchuan of Sichuan province, on May 12, 2008, more than 69000 human life were killed. As one of Corporate Social Responsibility activities, SAP Labs China donated 1 million yuan to setup a new hope school in Guangyuan after earthquake in 2008, Guangyuan is about 500km to Wenchuan, also in Sichuan province.

After 5 years, Labs China decided to re-visit the hope school, to understand the current situation and to see what can we help after many years. Before the visit,

the hope school sent us the wish list, the most wanted is, they want to update their computers in electricity classroom, totally about 20 computers, and they want 4 computers with camera so the “left-behind” children could video chat with their parents. Labs China MD office passed the wish list to Labs China IT.

Global IT – Labs IT has involved in many Corporate Social Responsibility activities, but it is different this time. We meet two major problems: How to wipe the data on old computer to keep the data security of SAP and how to deliver the old computers to the school? We are using global disposal handling company for old computer disposal, if we donate the computer, we need a new process or we need to do data wiping by our own effort. We only have two weeks to collect the old computer, wipe the data and ship to the school, there is no time for a new disposal process and clean up the computers.

So we need to do data wiping by ourselves, it takes much time. For every computer, it requires 5 to 6 hours to wipe the whole harddisk to meet SAP security requirement. At last we spent one whole week to complete this task, hard work but easy. For 2nd – the shipment issue, desktops and monitors are too difficult to ship over the long distance. By initial checking, no express company is willing to help us to ship the computers, because the school is in mountains, no public transport. After internal discussion, we thought if we donate laptops, it would much easier.Fortunately we found one express company that they agree to ship the laptops to the school. Problem solved.

Considering their situation, we also prepared and shipped extra spare laptop and harddisk to them, because there is no any computer service in their place.

I were invited as one of major contributors, also as the representative of Labs China IT, to visit the school together with other colleagues on June 5. Before I go, I think I will see many happy faces because they get lots of donations. When I stepped in the school, I was shocked not because the tough environment, but when I know the fact – in our donated school, 99% student are left-behind children!

They did very happy when they saw the ‘new’ computers, but when anyone mentioned parents, some of them became silent, and some of them started crying … At that time I knew donation is not all, we need to do more.

So there is always a question: what can we do besides donation in Corporate Social Responsibility activities? Our computer can give them short happiness and better learning environment, but cannot replace the love of their parent, actually nothing can. But does it mean we cannot do anything besides donations? 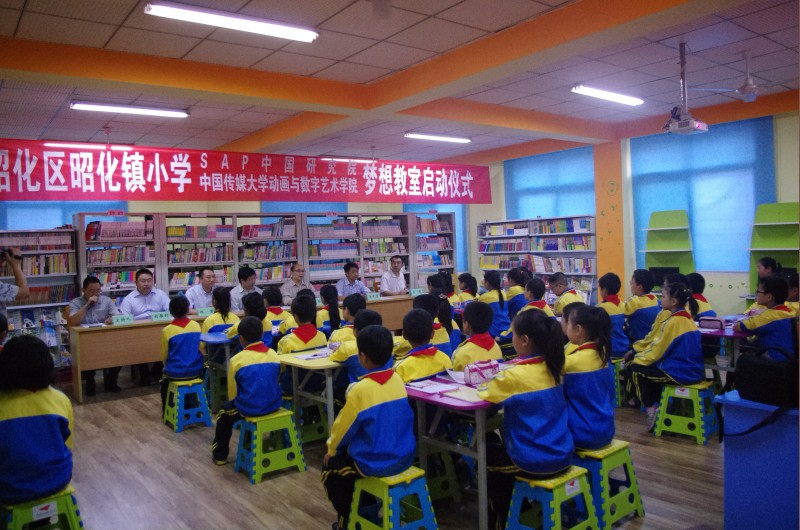 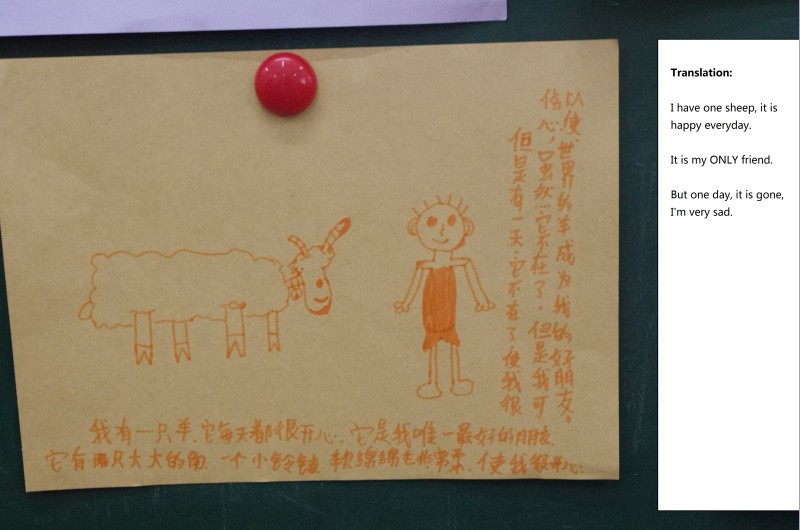 I am so deeply touched with the story. It helps me to realize the simple fact that we have always someting we can do for others. Thanks !

This is really a very tough story. It proves that economical grow has to go hand in hand with a social and enviromental development.Growing at double digit is great, but the cost we are paying some times is too big!

You know better than us the current situation in China. What do you think a company like SAP could do to help here?

Hi Yazhao, this is an excellent post. Thanks for surfacing this topic to give us all something to think about. It certainly got me thinking..

I lived on the Rosebud Indian Reservation in South Dakota for 3 years, which is far away from everything. I organized an after-school ballet club for girls, and coordinated a trip to the big city to see a professional ballet production. I took 10 girls on a 3-day trip to the city, along with a 5 parents and grandparents to accompany the girls. Would it possible to organize a program, or donate to an organization, that can take the left-behind children on trips to the city to see their parents once or twice a year? That would be an important learning experience for the children, as well as providing them that crucial physical contact with their parents.

Thanks for your comments, we have the similar plan that to bring the children to big city (e.g. Shanghai), live for a period during their summer/winter holiday, however, your idea is better, we will evaluate if we could bring them to see their parents,  and implement it in earliest time if possible.

I hope it will be possible to bring them to see their parents. If it works out, and you have time, please post an update after their visit, with a few photos.

I wish the children a safe and joyous trip!

Thank you for sharing this very moving story with us. I was not aware of this issue of "left-behind children,"  so I appreciate your raising our awareness. I commend SAP Labs China for all that has already been done to improve the lives of the children, and I look forward to reading a future post about the next steps taken. As the proverbs say, a journey of a thousand miles begins with a single step; thank you all for taking that step.

I can only see same story having real facts is too real for my own country, really a great work. I look forward to others( us) who can take a example out of it. Thanks for doing and sharing .

Thank you for sharing this story.  It demonstrates that each of us can help even if the start is taking time off from our business trip to pay a short visit and spend time with them.    FYI, SAP also sponsors a HOPE daycare in Bangalore and they welcome SAP employees visiting.