SAP Crystal Reports for Enterprise BI4.1 – What is New?

Back in March, I wrote about this during an ASUG webcast Crystal Clear Future for Crystal Reports BI4.1 – ASUG Webcast

This webcast was provided by Tomasz Zima of SAP.

There are a lot of similarities but some changes so I am sharing my notes here. 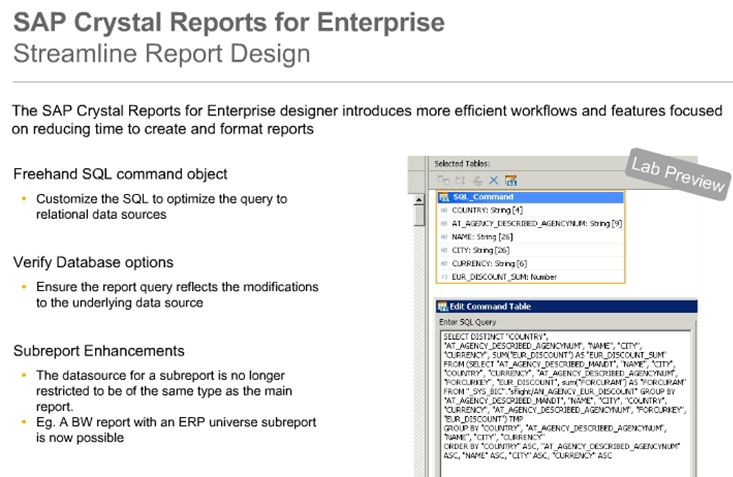 The verify database was happening by default before but you as an end user you could not invoke this yourself; now you can. 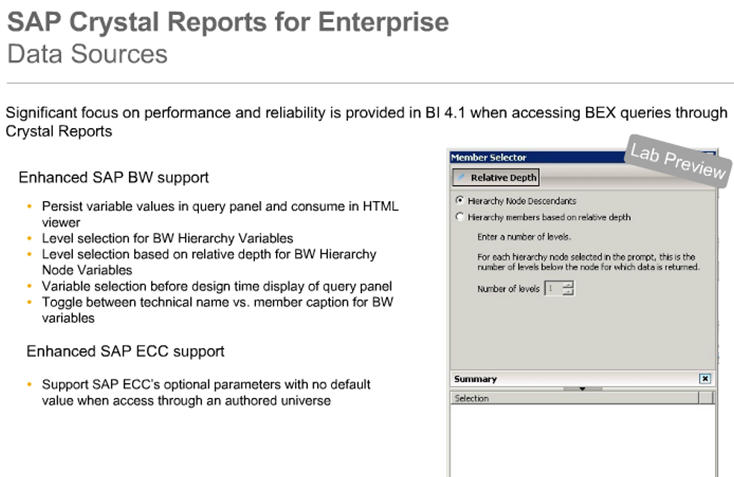 Figure 2 shows improvement of how to connect with BEx queries – persist variable values in query panels.

When user is viewing report in HTML viewer and it is based on BEx query with a variable, while viewing the report, if someone goes to Query Designer and changes default value of variable – when report is refreshed, the change in the variable will be reflected in HTML viewer.

BW hierarchy node variables will have the ability for you to set up relative depth as shown in Figure 2.

You can toggle between technical name and description

For SAP ECC – before optional parameters were showing with no default values, behave as if mandatory parameters 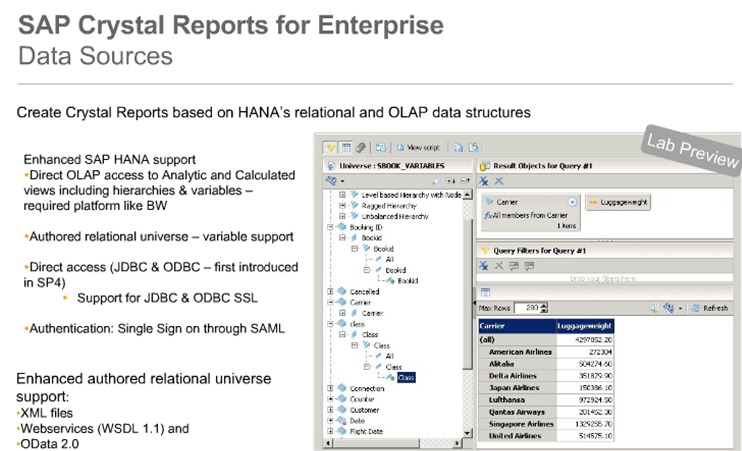 Before, Crystal for Enterprise could connect through relational universe.

Crystal for Enterprise is the only client capable of this.

Web Intelligence plans to offer this for the post 4.1 release 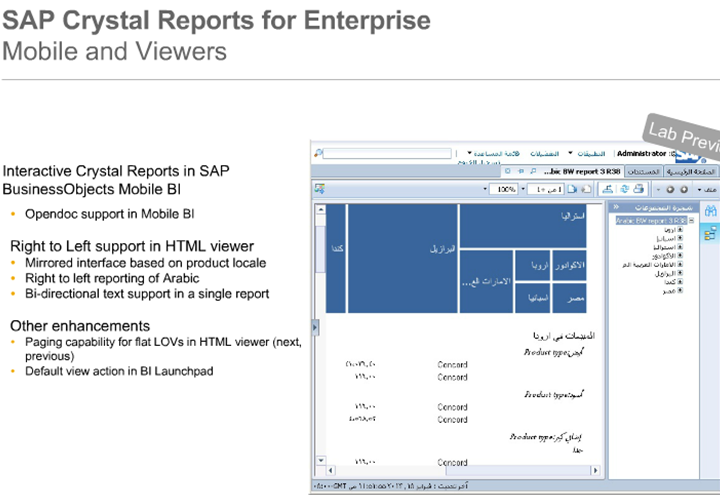 Right to left is only in the HTML viewer

There were no questions during this webcast.