Last week I had the opportunity to participate in and present at SAPInsider’s BI2013 event, held in Amsterdam 11th to 13th June 2013. It was a big event with five sub-events all located together – Financials, HR, CRM, GRC, and Business Intelligence. With 1,500 people in attendance total, and representing 30 countries – it was definitely a great learning and networking opportunity! The conference was held at the RAI Conference Center, which was an interesting sight when I first arrived. 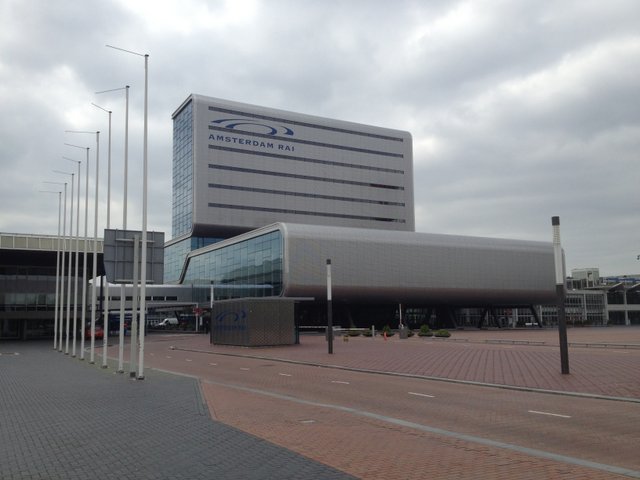 In this post I want to share some of the key things I took away from the conference, and for a different perspective you can also see my ‘stream of consciousness’ thanks to Twitter and Storify here: http://storify.com/josh_fletcher/bi2013-amsterdam. Without further ado…

Steve (@nstevenlucas) kicked off the event with an engaging and humorous keynote. His message was on SAP enabling the connected enterprise, as a key part of the internet of everything. With so many manual processes in organisations, Steve discussed how these manual processes, with people as key decision makers in the middle, can hinder automation and the improvement of these processes. Of course not all processes can be fully automated, but Steve communicated the SAP vision of working towards a ‘connected enterprise’.

Some of the key things I noted from the keynote: 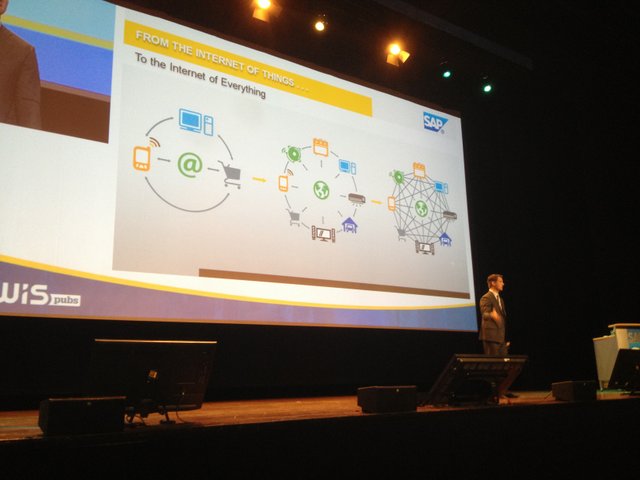 Mark Cooper (@mcbobj) from British American Tobacco (BAT) delivered a fantastic case study on a global implementation of BI4 and BW7.3. Unfortunately I missed the first few minutes introducing the history up to the implementation, however Mark was comprehensive in their tool choices and implementation strategies. 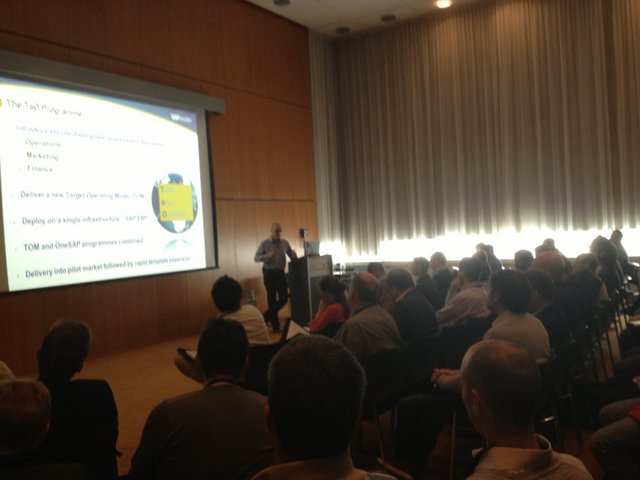 Simon (@simonstieper) is the BI Manager at VELUX and went into great detail on VELUX’s approach to BI using BusinessObjects.

Simon shared VELUX’s observation of how the typical BI user at VELUX has changed over the last decade, and I found this part very interesting:

Simon then went on to explain VELUX’s approach to BI and the principles they have chosen to support self-service BI:

The BusinessObjects tools that VELUX selected are:

VELUX have also implemented HANA, and will be rolling out SAP Predictive Analysis shortly as well. There was lots more in this presentation, but the other thing that caught my eye was VELUX utilising an internally-developed Web Intelligence Design Guide, which is based around a Web Intelligence template. The Design Guide itself is 50 pages, and covers typography, naming conventions, formats, layouts and use of variables and report settings. 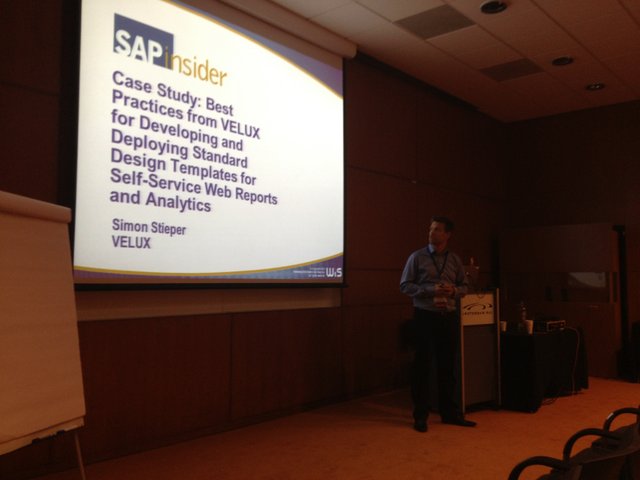 Jason (@jasonmkehl) had the opportunity to close out the conference’s last session with a bang, and he delivered. I really enjoyed his presentation on a high priority reporting scenario that DuPont encountered and needed to resolve.

DuPont identified a requirement to provide real-time reporting and analysis on top of 9 disparate plant systems (running on Oracle), with a dataset integrated back to BW. The business allowed a whole 2 WEEKS for IT to deliver this, which Jason and the team managed to do.

The solution delivered really highlighted the new common semantic layer and it’s embedded Data Federator engine. Firstly the required BW InfoProvider was mapped into a multi-source universe. Next, the 18 different Oracle connections (9x plants with both Current and Historical databases) were added, and two super-large Derived Tables were added for the Current and Historical datasets.

The universe was finalised, but initially performance was terrible. Jason then related that, with the help of an external consultant, they were able to leverage the Data Federation Administration Tool to highly tune the multi-source universe.

The result? A smart universe which knew to choose 1 connection out of 19 to query based on the report selection parameters, achieving sub-second performance for those reports. The universe also supported much larger report queries which combined data from all 9 plants (previously impossible) with BW data. 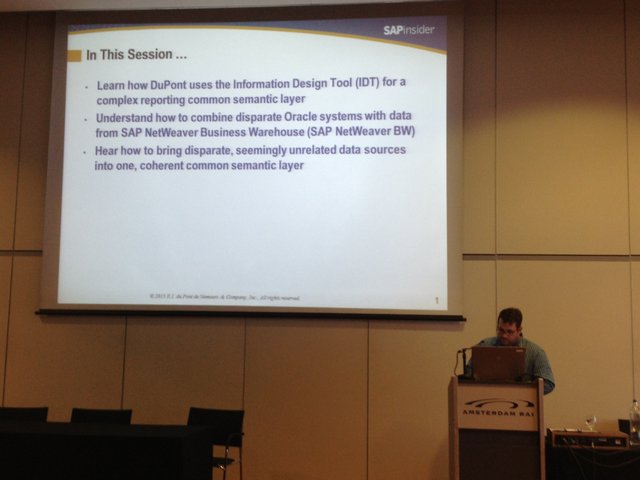 There were several other sessions I attended that were of great value, but unfortunately this blog post would have grew way too large to fit it all in.  I also enjoyed:

Lastly, the SAP Analytics team did a great job of running a Social Media Lounge at the conference, and plenty of interviews took place. You can view them all here: http://www.youtube.com/sapbusinessobjects.

Below are the two interviews I managed to squeeze in, with Jason Kehl from DuPont and Don Loden from Decision First (@donloden).