ABAP developers know the concept of inactive versions in ABAP. That means whenever you change a development object it is saved in an inactive state without disturbing the running system. Before you want to use the changes productively you have to activate the object. Sometimes you have the need to check the active version and compare it with the current inactive version.

In the ABAP workbench the comparision dialog is a bit hidden in the menu Utilities->Versions->Version Management resulting in a poor sourcecode comparision screen. 😯

How can I do this with ABAP in Eclipse ?

In ABAP in Eclipse you are just one click away in case you have opened the History View: 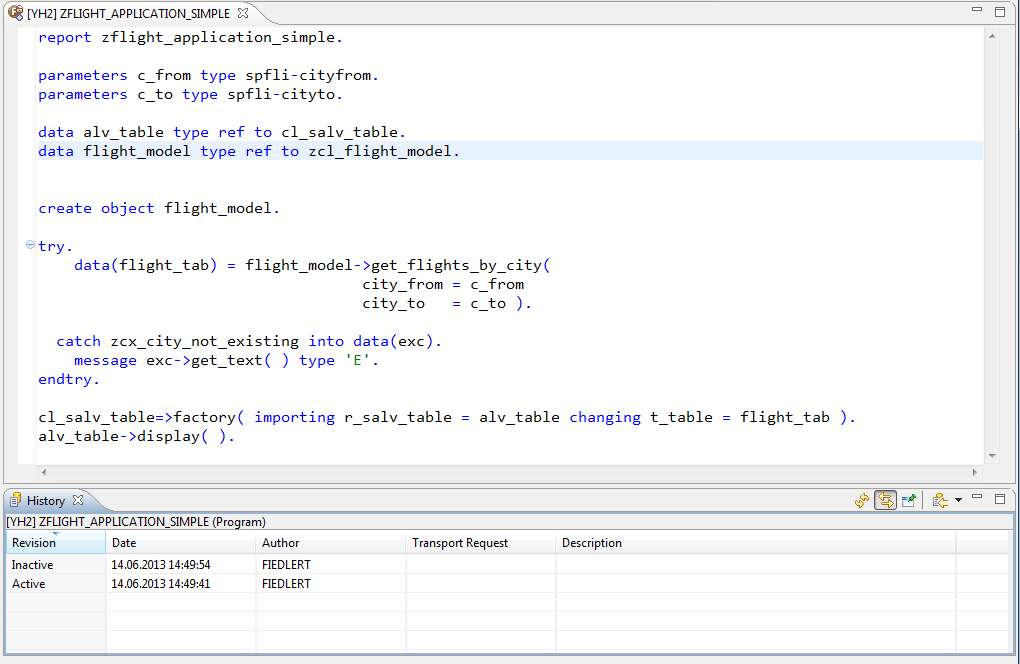 The History View displays all historic versions of the object with metadata like timestamp, author and related transport request. It also lists the active and the inactive version.

When you now double-click on the active version entry in the list a comparision dialog will be opened in the editor area: 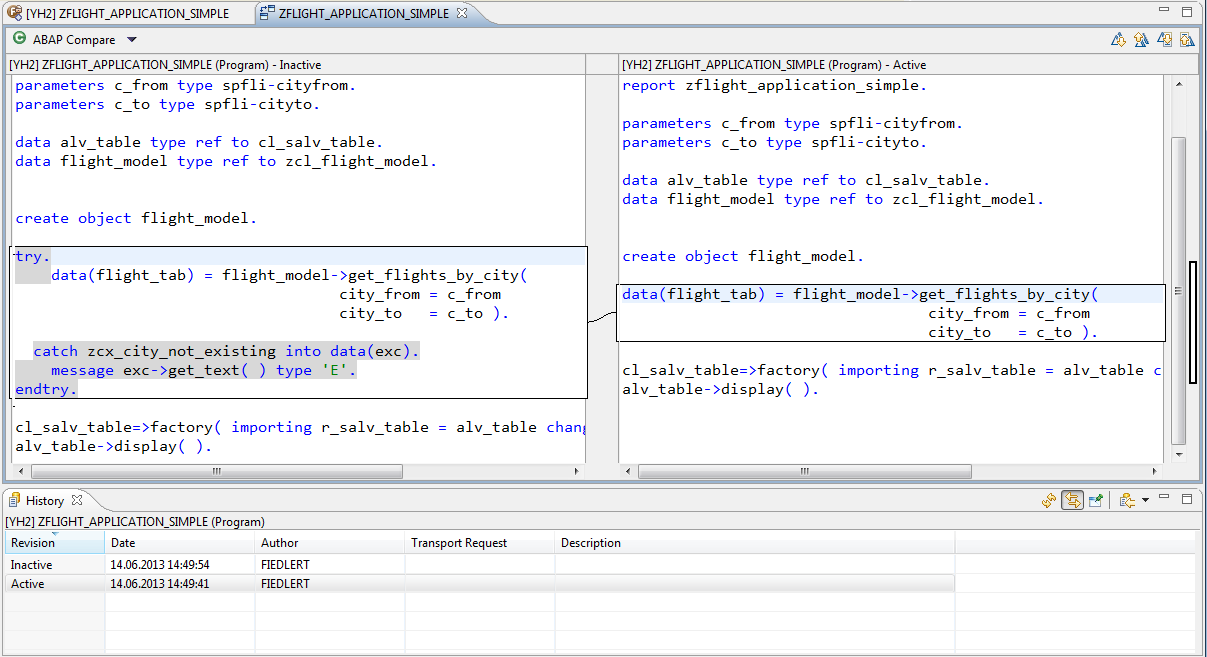 This comparision editor now displays the differences of the two versions in a very convenient way with syntax-coloring and shows you the matching differences between the inactive and the active version. It also gives you on the top right of the window navigation buttons to browse very easily through the changes in the code.

I think a very helpful and nice feature. Isn’t it?