The Globalization of the NBA

There are almost 100 foreign born players in the National Basketball Association (NBA) from 40 different countries. Just a decade ago there were less than half that number. What can businesses learn from the NBA’s explosive growth around the globe? 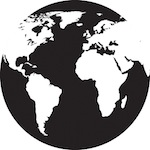 Basketball was started in a gym in Massachusetts in the 1800s and remained American in style and substance for over 100 years. In the 90s the globalization of the league really began. On the back of corporate sponsorship, branding, and the 1992 Barcelona Olympic Games, the league began to develop a strong global footprint.

The Dream Team from that year brought together possibly the greatest collection of basketball talent ever assembled and ran away from opponents, winning by an average of almost 44 points a game. Just a dozen years later Argentina won the gold medal in Athens, and the rest of the world seemed as though they had caught up.

Basketball as a sport is only behind soccer in worldwide popularity, and the NBA has played a major role in making that a reality. Five years ago the NBA helped China design, market, and operate the building of basketball arenas in China, including a huge 18,000 seat arena in Shanghai.

This move shows how important it is to champion producers in a wide range of economies from stable to emerging, and there isn’t a much more emerging economy than that of China. Other emerging countries have seen a major rise in the popularity of basketball, like Brazil and Russia.

How is the NBA infiltrating these foreign markets?

It is a common message that the game is about drama and intrigue, coupled with the relative ease of watching a basketball game (a ball needs to go in a hoop) which make it ideal across language or culture barriers in a way baseball and football never could be.

By simplifying their branding so that anybody could understand it and identify with it and making necessary investments overseas the league has received higher quality competition and more money from jerseys, television rights, ticket prices, and other streams of revenue.

The NBA does an impeccable job at exporting excitement and energy for the sport abroad through technology.

“From a fan standpoint, [technology] is how we bring our game to our fans on a global basis. Only a small percentage of our fans, probably 1% actually experience our games in person, in arenas,” said deputy and soon to be acting NBA Commissioner Adam Silver at SAP’s Sapphire Now Conference about a month ago.

The popularity of the NBA has been further hastened by an exporting of American popular culture around the world that people have grown accustomed to. Cross promotion and branding messages are essential to business, marketing, and advertising. Adidas and Coca-Cola can brand players and their products while the reverse can be conferred upon the soda and sneakers. Both can be used to breed credibility or cache.

As recently as just a few years ago David Stern, the departing NBA commissioner, had given fans the idea that he might put teams in Europe. Since then he has seemed to back off some, but has added preseason games for next year in cities like Istanbul and Manila. By working in markets he may not readily see any chance of expanding to, Stern is looking for what these countries and the fans within them can be in the future.

So as the Heat even out the series, the question becomes: Can the veteran San Antonio Spurs, a team with the most foreign born players in league history beat the Miami Heat, the team with only one (Joel Anthony from Canada)?

Postscript: A way that NBA reaches out to a Latino audience is by offering special Latin Nights. Even though the promotion is mostly for the Spanish speaking audience in the states and to generate fans south of the border, the NBA has nights in which Spurs jerseys read Los Spurs, or the Heat Jerseys are El Heat.