Ever since SAP has announced their partnership with Mocana, interest in mobile app containerization and in particularly Mocana’s MAP platform has risen within SAP’s customer base.  In case you missed it you can read the entire press release here: https://www.mocana.com/news/press/press2013-05-14

For those who may not know, Mocana MAP platform provides a security technology what is commonly known as appwrapping. System administrators and developers alike can use this platform to apply various security policies such as copy&paste protection, strong encryption (FIPS 140-2), passphrase login, micro VPN, Geo-Fencing, User Agreement etc but without modifying a single line of code of their iOS and Android applications. So e.g. on iOS platform, once your mobile application development is complete, you would take the IPA (binary) and upload it into Mocana’s MAP platform and check the desired policy boxes. Within seconds, you be returned a modified IPA which is not only wrapped with the desired security policies but also re-signed with your Apple developer license. 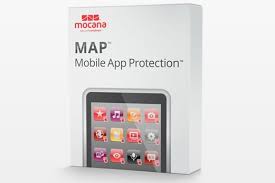 Having spent last year or so working with Mocana and several other containerization technologies on SAP Mobility projects, I thought I would provide my point of view on this partnership, and what it means to SAP customers. In subsequent blogs, I would focus on further details of this technology and some alternative products with pros and cons of each approach.

Unlike SAP-Sybase deal, this is certainly not a takeover of Mocana by SAP. What SAP has done here is to announce a reseller’s agreement with Mocana which would enable SAP to resell this technology to their huge customer base. From a product engineering perspective however I have not seen any roadmap for integration with Afaria. I even have some doubts whether a real product integration would take place any time soon. So for now, both products (Afaria and Mocana) remain separate and you can license them either separately (from Mocana) for together (from SAP).

So what does it mean for SAP Customers? Well, it depends upon how you look at it.

Mocana MAP solution is probably at the front of the pack nonetheless a majority of the SAP Customers were probably not even aware this product. So this partnership would certainly benefit those customers by introducing to them a leading mobile containerization technology.  For others however, it does not change much as Mocana remains a separate standalone product.

In spite of lack of any product integration with Afaria, overall I think it is a positive development for SAP customers.

Going forward however, I would like to see whether  SAP would develop a unified admin console (merge Mocana console with Afaria), offer Mocana MAP from Amazon cloud along with Afaria or provide pre-wrapped Mocana versions of SAP mobile apps such as BusinessObjects Mobile for download from iTunes? One could argue why do you need SAP to provide pre-wrapped versions when you can wrap those app on their own with Mocana ? Well, not so fast because doing so with any 3rd party app downloaded from iTunes would violate Apple’s policies and you could get into serious trouble.

Thanks for sharing your views on this Narendra. Did you create any follow on posts?