Why Everyone Hates the Heat… And They Probably Should

A statistical analysis of why the Heat dominate using NBA.com/stats

As the Miami Heat easily defeated the Indiana Pacers in Game 7 of the NBA Finals last night – a last exclamation mark on what was an otherwise pretty even semi-final – there were very few cheers of joy outside the city of Miami. It seems that everyone, everywhere, in every corner of the country, hates the Heat. “No one likes the Heat,” commented the Daily Show’s John Oliver to a crowd gathered at a taping of his Comedy Central show last night. Oliver, a Brit, said he was only rooting for the Pacers because they were the “underdog” – he, like many casual sports fans, wanted to see someone else get a chance. 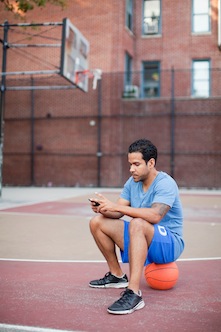 Obviously, there are other reasons people hate The Heat. Many dislike what they perceive as arrogance from superstars like Dwayne Wade and Chris Bosh, not to mention the lightening rod of fan criticism, LeBron James, and how these players may or may not have colluded to play together in Miami well before any deals were public. In fact, there is a whole northeast corner of a state that despises James for taking “his talents to South Beach”; a man who left his home city to wither in its own economic and financial problems. When James won his first NBA title with the Heat last summer, most people in his hometown of Akron could not have cared less.

It is easy to understand why many sports fans, casual and diehard, feel this way. The Miami Heat are the dream team of the NBA, the powerhouse that knows all too well it is a power house, and even when there is a last vestige of hope from a smaller, less expensive Midwestern team, the Heat boils to prevail as they knew they always could. It’s almost as if they chose to go to Game 7 just to make it exciting, to give their opponents a false sense of hope, only to end it swiftly and pat them on the head with a, “Nice try out there, kid.” And then they move on to the finals as they always knew they would.

Well, as any understanding losing coach would say of a worthy opponent, “Good for them.” Every single player on the Miami Heat knows the team is good and frankly, they have the stats to back it up. As the stats from the SAP-driven website nba.com shows, Miami had a 27-game win streak, had six more wins than any other team in the league and is the league’s best team in shooting percentage.

So, as was the case last year, most of the nation will find themselves once more rooting for a team in the NBA finals, not because they know and have cheered for that team before, but because people absolutely hate the Miami Heat. And the San Antonio Spurs, a dark horse in the NBA playoffs to begin with, may actually have a chance. Not only did they sweep their semi-final opponents, and will be well-rested for their challenge against the Heat, but the Spurs have gone 12-2 in the NBA playoffs this year and have outscored their opponents by more than 10 points in every playoff game.

As America eases into summer with this annual tradition known as the NBA finals, the majority of the nation will likely once more be cheering against the Miami Heat, and rooting for an underdog they’ve never heard of, just out of spite. While rooting for the underdog is certainly uniquely American, let us not forget why most of us hate the Heat in the first place – they’re just too damn good. If this is a reason for sports fans to hate, and we cannot acknowledge cold hard stats, then perhaps it’s best for us to remember the age-old adage: “If you can’t stand the Heat, then get out of the kitchen.”

As you say, it's easy to hate the best (unless he's on your team).  I still and forever will hate Tom Brady.  Not because he's a bad guy, or because he's cocky.  Its because he's just too damn good and I'm still upset that my Eagles lost the Super Bowl to him in 2004!  Lebron is on a similar path, he stays out of trouble, the best in his sport, and he's an unbelievable freak of nature.  In fact, he's even an avid social media contributor.  He gets chastized for leaving Cleveland - but lets face it... he left for less money because he wants to win, imagine if every athlete prioritized this way!  On top of that, he was crushed for his ridiculously long "Decision" program on ESPN, which I thought was absolutely ridiculous for him to do.  But once again, he donated the profits to boys and girls charities.  Having said all that, I don't like Lebron but it's mainly because he's not on the 76ers.  But I am trying, he's just too unbelievably good to ignore and at the end of the day - he'll go down as one of the greatest ever.