The NBA Finals are the grandest stage in all of basketball, and this year the Miami Heat will be playing the San Antonio Spurs for the NBA Title starting on Thursday. Statistics are the currency that analysts use to evaluate professional athletes. I will be live-blogging the NBA Finals action using statistics from the SAP powered NBA.com/stats page. Below is a schedule for the series, so I hope you can check in throughout to keep updated on all the action. Here are some storylines to look forward to:

Over the past few seasons, the Miami Heat has been tearing up the NBA.  LeBron James’ ability to take and make quality shots has improved over the years, as evident from these two shot charts. The first on the left is from James’ rookie season, whereas the right was this season. His inside shooting percentage, the best part of his game, has gone up almost 20 percent, and his three-point shooting has risen to above league averages. In only one sector of the court is James not scoring at a higher rate than he was 10 years ago. 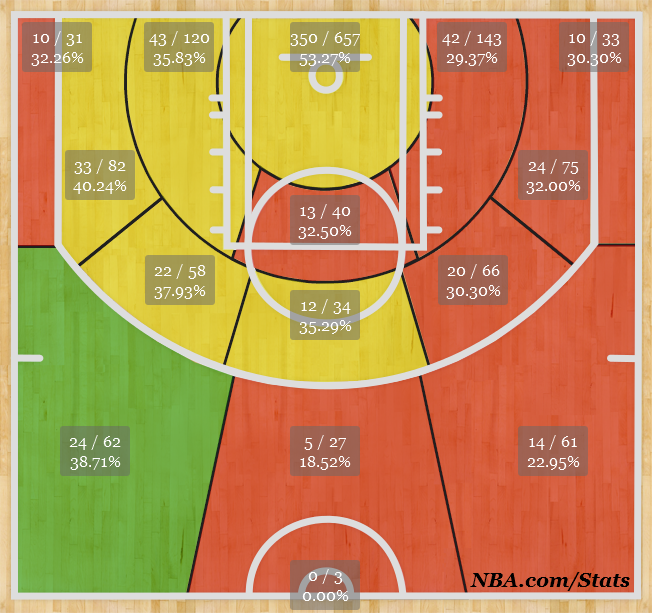 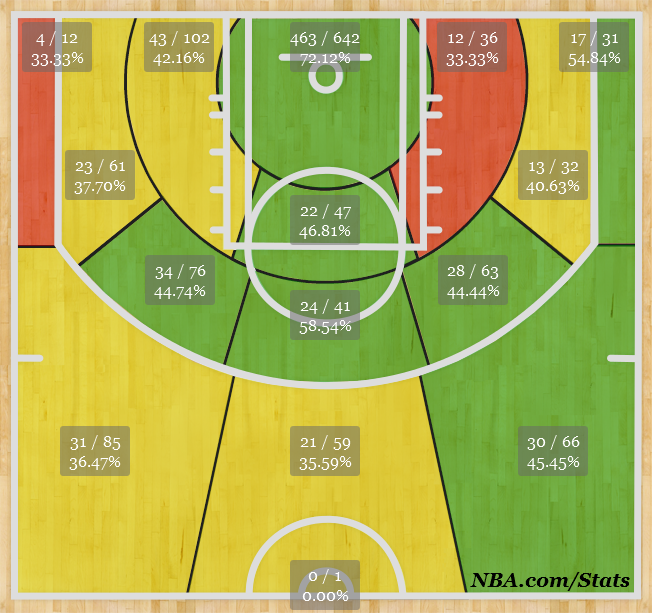 In his sixteen seasons in the NBA, Tim Duncan has been the most consistent player in the league, leading prominent ESPN columnist Bill Simmons to call him, “The greatest player of his generation.” Duncan has won four NBA championships, is looking for a fifth this year, and at 37 years –old, he was still a member of the NBA All-First team. Making the All-NBA First team is almost an unheard of accomplishment, only having happened once before in 1986 with Kareem Abdul Jabbar, who is the all-time career leader in points scored in NBA history.

The stats circled above (clink to enlarge) are his per game averages for minutes played (MIN), field goal percentage (FG%), rebounds (REB), blocks (BLK), and points (PTS). Each circle stretches over ten seasons and stays relatively the same for each of those ten seasons. For nine of his first ten seasons Tim Duncan averaged 20 points and 10 rebounds.

Tony Parker’s Ability to Step Up in the Playoffs

Here is a quick look at Tony Parker’s statistics from the regular season vs. the playoffs:

Parker has played a much larger role in the playoffs, averaging four more points and two more assists per game, while shooting at a higher percentage. Watch for him to make a big difference in the Finals this year.

These are just a few of the storylines to keep in mind throughout the playoffs, and feel free to check back into Business Trends for all my live blog updates.