To achieve this, first drag the State, City, Store name and Revenue into the report.

Now create a Break on State Column with the following settings.

Once the break is created, get rid of the unwanted blank and Total Columns. So, now your table should look like as shown below.

Similarly create a break on the City and delete the unwanted rows as we did it for the State. 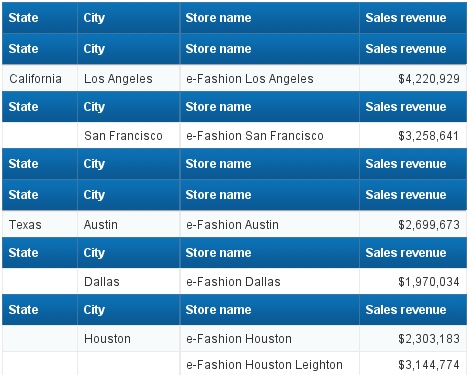 Now select the top Column Cell and change the NameOf([Store Name]) to [State], so that it will display the State values instead of the Object name.

Similarly do it for the City and Sales Revenue. Replace the Object name with the Values respectively.

Now the first two columns are unwanted columns too. So we need to get rid of them. We cannot delete them because that will disturb the entire table structure. What we will do is hide them by removing the borders, making the text and background color as white. Also make the width of the Cell to 0. 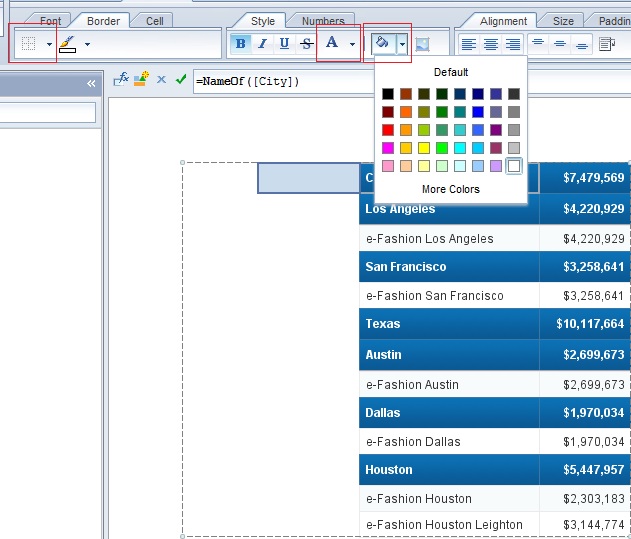 Inorder to make the values appear like hierarchy, we will put some space before City and Store Name. Also, we will do the formatting of the table by making the background color to white and removing the Bold from text and adding proper table/cell borders. 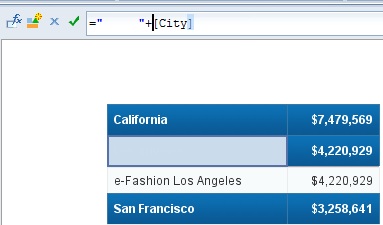 So, now our table will look like as shown below. 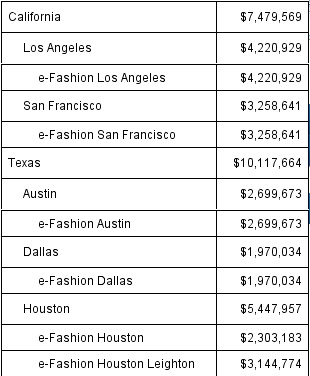 After adding the table header, we get the required hierarchy structure of the table. 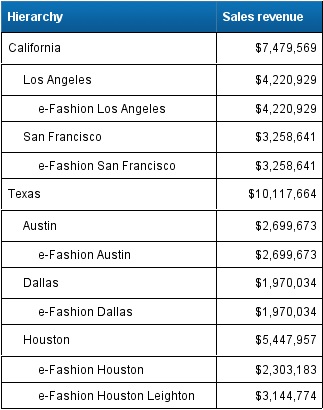 We can also add the background color to distinguish between the different levels. 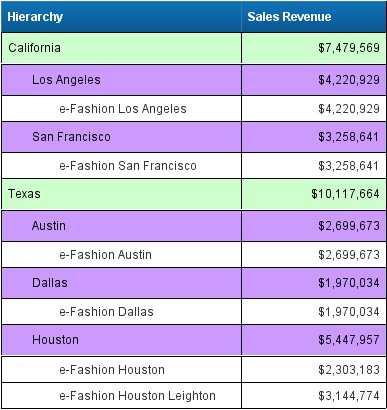