WomenSpark is a grassroots initiative at SAP that fosters networking and mentoring among women. After only 10 months, it has already attracted over 1,700 members. And what makes it unusual among a raft of many worthy diversity projects is that it is completely crowd-sourced – no budget, no approvals and no lengthy processes. It’s sign up and go.

I spoke to WomenSpark founder, Elisabeth Hamon, who, when she is not sparking connections between women at SAP works as Senior Project Consultant in the TIP Cross PM team. 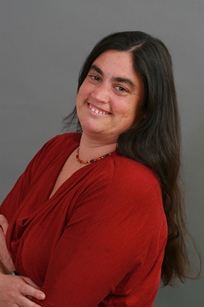 Elisabeth, to what do you attribute the rapid growth of WomenSpark?

EH: We started small with a daily email to the dozen women who were interested in our LinkedIn challenge. As it grew through word of mouth, we eventually created a Distribution List and got our hands on various others of women in specific regions or SAP groups. We then took the guerilla tactic of signing them up for the WomenSpark mail once permission was granted by the DL owner or team lead. The onus was on them to ask to be removed from our mailing list and the onus was on us to provide interesting and challenging content. The number of people who asked to be removed from the list was very low. By being proactive, we very quickly grew our numbers. They also grew because so many women really care about growing their careers and improving their skills and simply need a helping hand to engage themselves.

And how does WomenSpark work?

EH: We encourage women to take steps towards developing their careers themselves. At big companies, there are so many programs that people don’t always have the time to find out what works for them and can become overwhelmed. We have shaped WomenSpark so that it requires women to take initiative and all steps are small as well as tangible. Once they have done that, it becomes one-on-one and personal.

There are a number of steps, each designed to help women with areas of their career where they have traditionally not had as much help – or are not as good at – as men. The first of these is networking and to practice this, women have to make 500+ connections on LinkedIn. This can take some time, so WomenSpark supports them during this time by sending a daily email celebrating those who have reached the next 100 LinkedIn connections. We call this the Centilink Parade. This email is a daily boost, a reminder to them to do something for themselves and for their careers. It’s like drinking a big glass of orange juice in the morning; it’s invigorating. They also gain comfort that they are not alone, that there are other women like them out there, working towards their 500+.

What happens when someone reaches 500+ LinkedIn connections?

EH: They then become part of the Maximum Visible Network (MVN). They have a one-on-one coaching session where they identify how they would like to progress in their career. We help them create a bio, so that they understand their own expertise and learn how to build their personal brand. And after that they are matched with mentors. We try to find mentors for people outside their lines of business and sometimes in different locations, so that they are challenged and their minds are opened by different perspectives.

Why did you choose LinkedIn as the core element of WS?

EH: Because it was there! Seriously, studies show that women are not as good at networking as men are. Women tend to prefer having a few deep connections than lots of more superficial ones. Since they are often also care takers, with children or older family members to tend to at night, they can’t always attend networking events out of office hours. LinkedIn is the modern way to stay connected and build connections, and through its algorithms, women can connect to people who are experts. Many people on LinkedIn stop at 200 or 300 connections, because that is the limit of the people they know. By pushing them to 500+, we encourage them to approach people they don’t know and that is often when the magic happens.

WomenSpark uses elements of gamification. How this work and how does it add to the initiative’s attractiveness?

EH: We have the Centilink Parade and the MVN, both of which are based on achieving numbers. LinkedIn made it easy for us here. These bring a challenge and a mild element of competition. We’ve also been working on the idea of a WomenSpark Bingo, which would encourage women to pursue new goals and skills in the steps we suggest after reaching MVN.

What makes the initiative different from other diversity initiatives at SAP?

EH: We are a grassroots group. WomenSpark isn’t limited to high potentials or senior women – it’s for everyone. We had no budget, no launch, no funding and apart from one executive sponsor who has supported us, it’s not executive-driven. We didn’t have to wait for approval; we just got on with it.

What do women appreciate about WomenSpark?

EH: WomenSpark helps women grow professionally by focusing on their confidence, visibility and leadership. It offers social activities to foster creative and cross-functional knowledge-sharing, provides a self-assessment tool where women can identify their optimal role in group dynamics and maintains a growing repository of educational content on career best practices. We’re also about to launch SAP’s first support group. Its concept mirrors the Lean In circles and offers a model for future collaboration. I think the WomenSpark members appreciate the sense that we are all in it together.

And is it self-sustaining? What happens when the WomenSpark champions leave or change roles?

EH: We are reaching that tipping point now, where we have to work out how to remain self-sustaining while also seeking executive support. We are having a lot of discussions. One option is to highlight certain countries where WomenSpark has been a runaway success and to make them location leaders. Another will be to address our local Business Women’s Network chapters. We are looking into it. One thing is for sure: we have a lot of very dedicated members who value WomenSpark enormously and everyone wants to see the great work – and the fun – continue.

What do you think is key for SAP – and other companies – to take from WomenSpark?

EH: As my colleague Jacqueline Vanacek puts it so clearly: “Helping women advance their careers is not a diversity issue. It’s an economic one. With more and more women in the workplace and the marketplace, we need to harness our diverse styles, skills and expertise to leapfrog our competitors. Men and women think and work differently in many ways: in leadership, management, communication, strategy, execution, even buying. Both ways are needed to build a high-performing team. And the art of management is applying the right skills and styles at the right time to each aspect of a business. When we combine the strengths of men and women end-to-end, we create an unstoppable machine. And that’s where WomenSpark can help.”

Love the inclusiveness of Spark.  Love the "grassroots nature".  Kudos to @elisabeth_hamon for being unstoppable.

And a huge thanks to you as well Charlotte.  Welcoming you as a blogger here on SCN is an extreme pleasure as I have been following some of your external contents for years.

We are fortunate to have Charlotte Otter as a contributor here 😉

Just took "Lean In" out of my local library where it was on reserve for me for 3 months! Thanks to Paula Rosenblum for recommending I read it .  Would love to hear more ideas of how to "lean in" virtually.

Congratulations Charlotte! I know you are going to continue to be a busy blogger. How can I become a member of WomenSpark? I just went to LinkedIn and accepted all those invitations to connect.

Great spotlight of fine colleague Liz's fantastic work with WomenSpark.  I'm part of the "club" and get the emails, and it's really nice to see how the motivation spreads.  I'm so glad you brought this story out, Charlotte! thank you

Welcome Charlotte to SCN Blogging. After reading the blog, I got an impression that
women are on weaker side when it is about filling top positions or about
networking. And that’s why we have such an initiative. I think this is not
true. It is about the priorities women set for themselves. So, I am not
challenging the blog, but the whole concept of WomenSpark. Let me know your thoughts on this.

Hi Puru, thanks for your comment. I think you are right that the problem is more nuanced than a 900-word blog can show. Different women have different priorities, just as different men have different priorities. However, the huge take-up WomenSpark has had (nearly 2,000 women in 11 months) shows that the members themselves see the need for WomenSpark. Also, you have to admit that the figures speak for themselves: the number of C-Suite women in companies across the globe does not begin to match the number of women graduating from universities. Somewhere in between there is slippage - partially, as you say, because women make choices, but also partially because companies are not good at promoting - and keeping them - in leadership positions.

Could not agree more. It's also about priorities because women often have more responsibilities at home than men (so far at least, the trend is slowy but surely changing 🙂 ) so they act on what is urgent and delay what is important but less urgent because of time constraints.

I'm now deeply emeshed in Sheryl Sandberg's "Lean In" and unfortunately Puru, as Charlotte says "the figures speak for themselves". You might find it interesting to read this article which speaks volumes of why women are challenged when they demonstrate leadership qualities and ambitions: http://www.europeanbusinessreview.com/?p=6785

The article has a very interesting conclusion:

No End Sight
As societies evolve, we would expect gender differences to erode. One could assume that with improved access to educational and career opportunities, women actually become more like men. But that belief is misguided. Where personality traits are concerned, differences between men and women do not diminish in more prosperous, healthy and egalitarian societies. On the contrary, the gap grows more pronounced.32

Research strongly suggests that societal development actually accentuates the innate tendencies of men and women to feel, think and act differently. If men and women are indeed becoming less similar, then understanding and working with those differences becomes ever more important.

Have not heard much about this initiative lately. Is it still ongoing?

Hi Frauke, it certainly is! Would you be interested in reading an update?