You may know a lot about the SAP Mentor program, and you may know little.  What you don’t know about (yet) is the SAP Mentor “buddy system”.  And that’s because we just started it.  By “we” I mean Sue Keohan has been organizing an effort among SAP Mentors to do something a bit different.  The Mentor program has very special people involved, many of whom know other Mentors better than others.  This time, we’re asking SAP Mentors to connect with other Mentors they don’t know very well.  What started out as a coaching arrangement will undoubtedly turn into something even better.

Sue posted a document that allowed us to volunteer to “Mentor or be Mentored”.  After a few days of adding names, she recruited her child progeny to match names.  I’ve ended up with Carsten Nitschke; while I recognized his name, it dawned on me I knew nothing about him.  I’m working on that.  Others may choose to go public with their new “Mentor Buddy” connections, while others may work behind the scenes to help each other.

I’m familiar with the “buddy system” from Scouting; you don’t go into the woods (or the pool, or wherever) alone, you take someone else, and you watch out for each other.  I’ve met some pretty cool people in Scout trail crews this way, and I expect to be challenged similarly with this.

That’s the good news, and if you’re not an SAP Mentor (or maybe a Mentor not participating, yet), you could be asking, “what’s in it for me?” That’s the next question. When people think of “mentoring”, they often expect to be coached by SAP Mentors.  I can understand that, and when possible, do so, though I have more opportunities for direct one-on-one feedback as an SCN Moderator than as a Mentor. 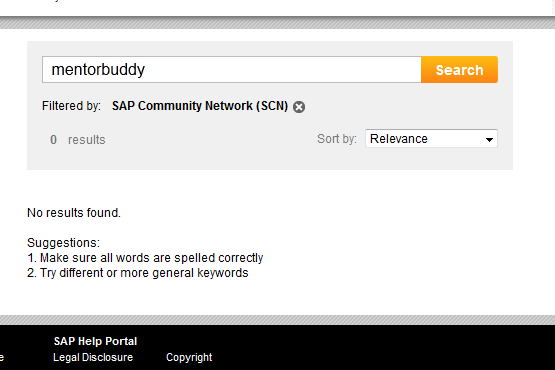 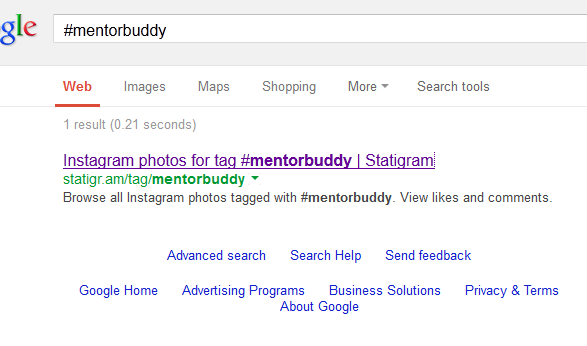 One hit here.  Nothing to do with SCN.  Trust me, I looked.  Might not be safe for work.

I have to admit I still get thrilled when I see in my inbox that I have been mentioned. I am still under the emotion of being part of the herd and now that I have my #mentorbuddy Jim Spath I am very excited to get to know somebody I probably would not have met otherwise. I would like to thank Susan Keohan for the brilliant idea to set this up and for the extraordinary work she has done to program the randomizer to set up such good mix.

One of the things that I found most amazing was during our new mentor introduction calls with Mark that this created immediately connections, new connections! I am very much looking forward to learn from my #mentorbuddy but not necessarily on "how to be a good mentor" but especially from the very different angles we both will be able to look at exactly the same subject. It will be enriching and I can only say wowowowowowo (this is supposed to be the sound of a wolf"