Find Out About Klout

There is no denying social media’s strong influence and presence in our world today. With news outlets quoting Facebook posts and errant tweets sinking celebs and CEOs alike, social media has come a long way in the past few years. It has even completely changed the way customers and businesses interact. But who’s tweets and posts matter most?

One social media service that is gaining traction is Klout. Touting itself as the “standard for social influence” Klout is essentially a score that measures a user’s social influence. For example, SAP has a Klout score of 89. President Barack Obama is very influential at 99. Taylor Swift holds steady at 91. LeBron James sits at a score of 90. These scores are based on a complex algorithm that looks at various social media sites and your activity on them. 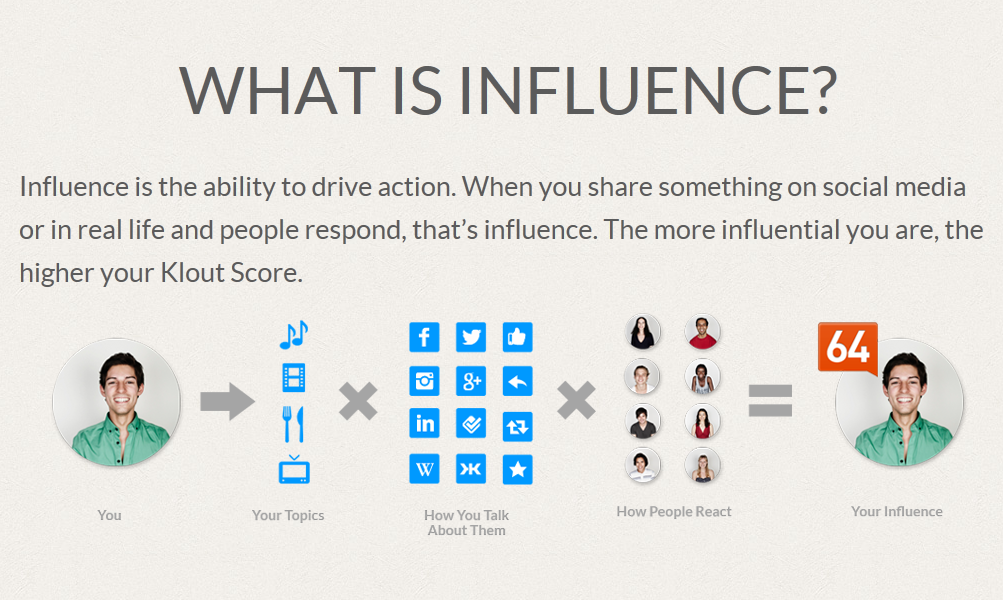 Many people are actively trying to increase their Klout score and for good reason. Companies are offering free stuff and discounts to people with certain scores. Some job descriptions are even requiring candidates to have adequate Klout scores. The Klout score job requirement may seem a little bit ridiculous but let’s take a look at what people generally think about the idea of Klout and social influence. With SAP Social Media Analytics by NetBase we can get a sense of the sentiment on Klout. Click on the graphics to enlarge view.

Over the past 3 months, Klout has maintained a strong Net Sentiment score indicating that many people talk about it favorably. There was quite a surge in sentiment in early May. It was at this time that American Airlines announced a partnership with Klout. The promotion has since ended, but American offered anyone with a Klout score of 55 or higher a free one-day pass to their Admiral Lounge. Not a bad perk simply for having some social influence. The hope of most companies offering Klout Perks is that these influential people will broadcast positive sentiment related to their brand. Will this social strategy pay off? 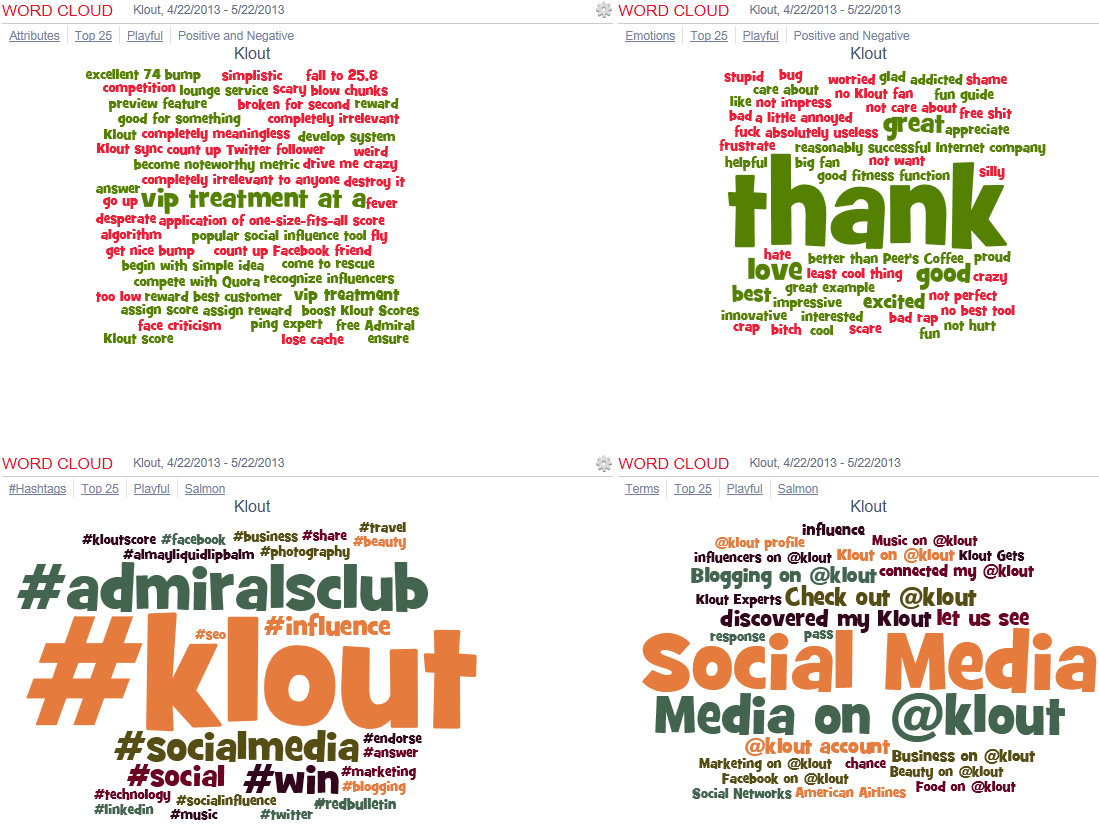 A look at attributes, emotions, hashtags and terms paints a picture as to what people are saying about Klout. People mentioning VIP treatment and #admiralsclub suggest that the American Airlines campaign is proving to be fruitful. Many people are thankful for the perks they have received. Free drinks, wifi, and a quiet place to relax is certainly something I would be thankful for.

Most of the social conversation around Klout is happening on Twitter. We can see the top influencers in this view as well. Not only can we see the top authors by their mentions and by number of followers, but also their Klout scores.  TechCrunch, American Airlines and Mashable CEO Pete Cashmore are the most influential people chatting about Klout. This view is a valuable asset for any brand. Being able to see exactly who is talking about you and what they are saying helps safegaurd your brand. If Justin Bieber were bashing Klout, they would obviously need to address the issue before their brand was tarnished.

When drilling into sentiment, you can see specific concerns and praise. One customer cashed in on American’s offer but didn’t get into the lounge. With a Klout score of 79 as she states in her tweet and as NetBase indicates on the right-hand side, this is a problem that should be rectified by American right away. Amplification of negative sentiment is never a good thing.

American Airlines is very much a pioneer in using Klout as a way to better their brand. Their strategy seems to be paying off based on this analysis. Targeting people with influence and giving them a positive experience is a wonderful way to gain loyal customers and ultimately increase business. However, not everyone has a high Klout score like Justin Bieber. Listening to each and every customer, regardless of their Klout score, is crucial for success.

Social media is here to stay. Measuring it and harnessing its increasing power certainly pays off in the long run. Check out your Klout score. Would you employ a Klout policy as an employer or marketer? Share your thoughts.