Mobile technology from SAP is helping streamline operations of a leading hunger relief organization in the U.S., the company announced Thursday. Truck drivers for Feeding America use SAP Mobile Platform-powered mobile handheld devices nationwide to instantly see how their daily inventory compares to the needs of food pantries and shelters.

Drivers for Feeding America used to fill out forms for each item they picked up or delivered — and then the Chicago-based non-profit had to enter the data into its inventory management system. The new SAP solution lets the truck drivers capture everything electronically on a mobile device, which immediately sends that data into the backend system.

Data To the Food Rescue

“That was never tracked on our handheld system before SAP,” said John Whelan, a truck driver for Forgotten Harvest, one of Feeding America’s partner agencies. SAP TV followed Whelan as he collected surplus food from grocers and other retailers, and then distributed it to local charities using a custom SAP-powered mobile app.

“With the help of SAP and Feeding America, we’re going to be able to make our operations much more efficient,” John Owens, communications director for Forgotten Harvest, told SAP TV. “It’s going to revolutionize the way we rescue food.”

Feeding America has a nationwide network of more than 200 food banks serving more than 37 million people. That large scale means the donation-dependent charity must operate efficiently.

“Using mobile technology helps us reduce our operating expenses,” Kevin Lutz, Feeding America’s senior vice president of technology, said in a blog post by SAP’s Sebastian Kramer last year. “With every dollar we save, we are able to serve eight more meals.” 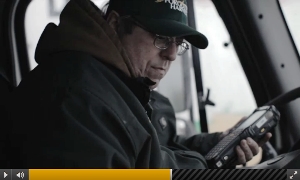 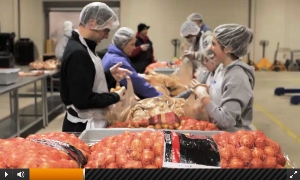 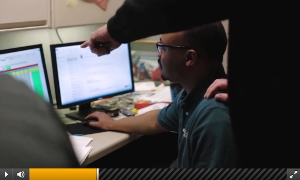