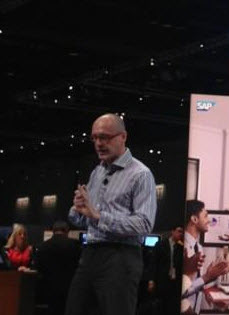 SAP’s Ian MAYOR and British American Tobacco’s Mark Cooper (pictured left, photo by Jason Rose) co-presented on an ASUG session titled “Moving Beyond BEx: Strategies for Unlocking the Value in Your BW Data with BI 4”.  Mark discussed their global deployment of Analysis for Self Service on BW, using the Analysis suite to meet a diverse set of needs.

As background, British American Tobacco (BAT) is fast moving consumer goods company.  It is a global company with markets.  They have a program titled “TaO”, which is a program to standardize globally.  IT is to deliver a single SAP infrastructure.  They (BAT) determined that two thirds of benefits are enabled by BI.

Back on 2011, BAT was using the standard BEx Tools.  It was IT centric and slow to respond.  There was no self-service options with no agility, leading to a lack of adoption.  They didn’t see a mobility option with the BEx tool suite.  BEx as a front-end suite is in maintenance mode. BAT saw SAP strategic investment in the BusinessObjects suite.

See the BAT roadmap for the BI4 suite below: 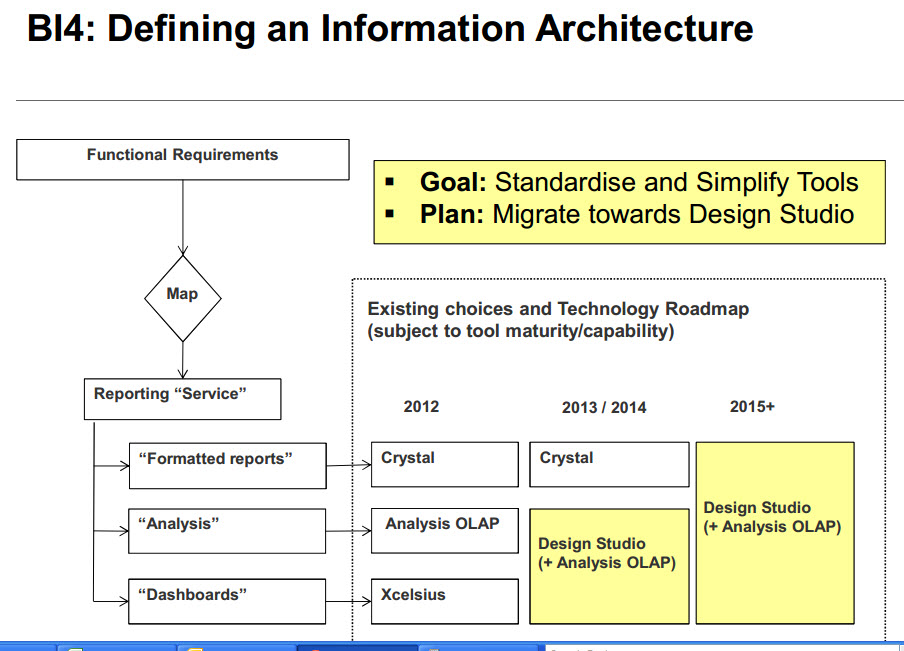 Currently BAT uses Crystal for formatted reporting but it has no drilldown.

They use Analysis OLAP for slicicing and dicing, and to draw insight.

You can see in the above picture that next year expect to stay with Crystal for formatted reporting but they are planning to expand their footprint with Design Studio and Analysis OLAP.  In the future they plan to consolidate tools to Analysis Suite

They want to have their users be more “self-service” and less training requirements.

They give Analysis OLAP to their power users.  This allows them to create graphs on the fly, focused analysis, all based on a BEx Query.

They keep IT skill set with BEX query and they can reuse BEx Queries with the Analysis Suite.

Mark said it was “easy to work with Design Studio”, and he felt this tool gets under-played at SAP.

He also said that Analysis OLAP is the best self-service tool for BAT, and he liked the Analysis OLAP to SAP Design Studio mobile feature

You can meet Mark in person at BI2013 next month in Amsterdam.  I personally enjoyed his straight talk during his presentation.  For more hands-on with the Analysis suite I recommend Ingo Hilgefort hands-on sessions at BI2013 next month: Hands-on lab: SAP BusinessObjects Analysis Suite with SAP NetWeaver BW

Reference – link to some Analysis sessions from ASUG Annual Conference: