SAP CodeJam about SAP NetWeaver Gateway – Where to go next ?

Last week I attended the SAP CodeJam event in Eindhoven that was all about SAP NetWeaver Gateway. Nearly 75% percent of people that had registered also showed up so we had a packed room full of developers as you can see on this picture.

First of all I have to thank Ciber Nederland for hosting this event in their location and Craig Cmehil, who created the SAP CodeJam event concept to make this happen. In our session we were able to leverage a cloud based system landscape that consists out of an ERP with a SAP NetWeaver Gateway server deployed on it and a CRM backend that were accessible via the internet. Here my thank you goes to my colleagues that have been busy to create this system landscape. 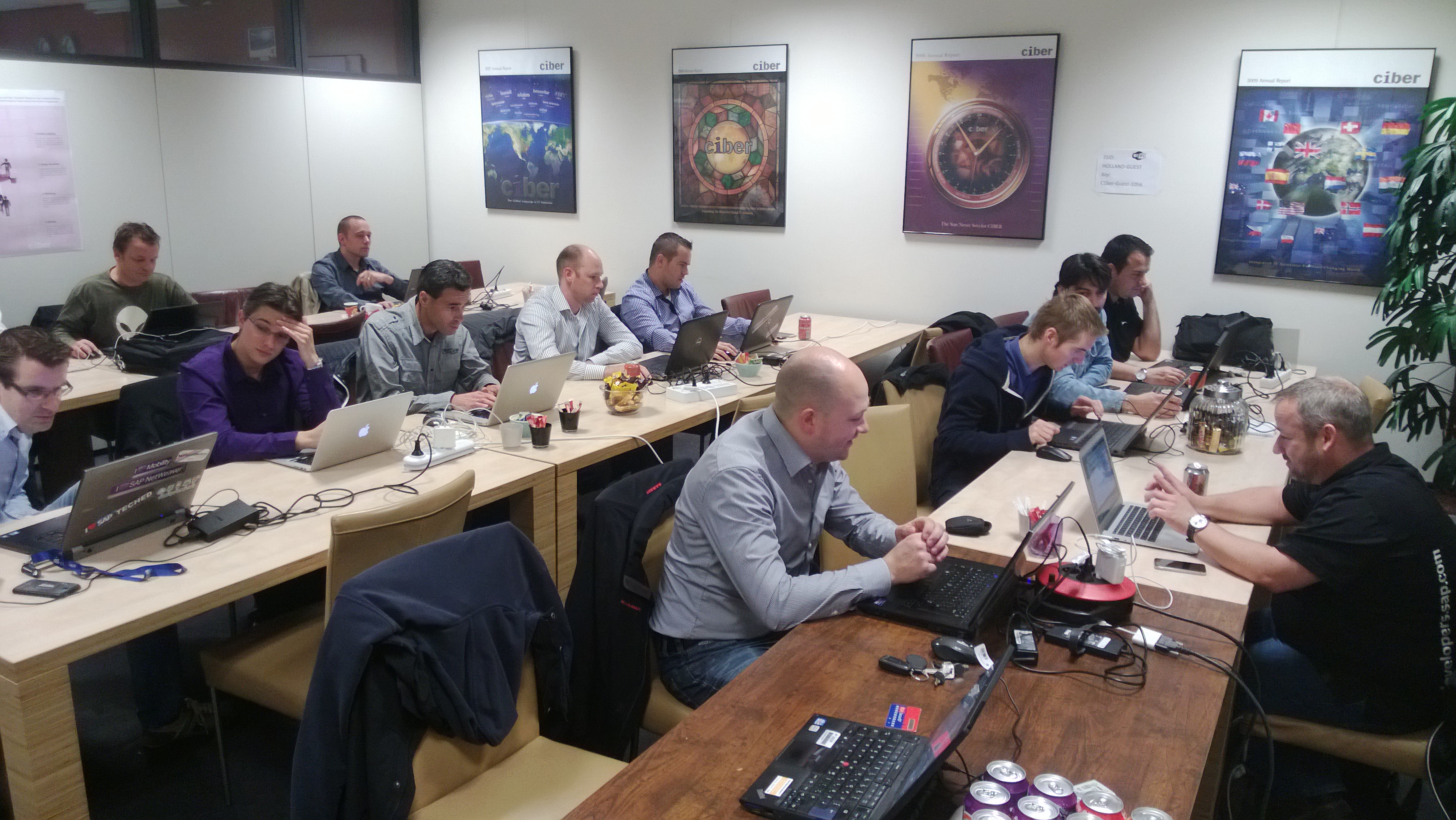 After this introduction it was time to code and to ask questions for the participants and to do networking.

Participating partners were encouraged to sign up for our 2013 campaign – SAP NetWeaver Gateway Partner-built Solutions Drive.

What are the lessions learned ?

Since we used a cloud based system landscape that was accessible via the internet all participants were able to use it without a problem.

Some How To Guides need to be updated

It turned out that some How-To-Guides that can be found on SCN are unfortunately out of date. This is no wonder since we have developed lots of new features in the last 2 years. We started to set up a Wiki for SAP NetWeaver Gateway – Self pace learning where you will find the most up to date content.

We will do it again !

It was indeed a very good codejam event, and I'm glad you came to Eindhoven to help us out.

Thanks for the link to the wiki. I didn't know it existed, but it sure looks like it contains some good materials.

Looking forward to the next netweaver_gateway codejam!

Great to here that "Self Paced Learning" has been launched for gateway as well. I really liked this idea in Duet Enterprise space.

Happy to hear you had a successful CodeJam event!

Thanks to SAP CodeJam event team members to conduct the event for SAP Netweaver Gateway.

Is there any chance to conduct event at SAP Labs Bangalore(India).

I am looking into organizing a Code Jam later this year in Sydney, I was thinking about Gateway & SAPUI5 as a possible topic. I was wondering if you can share more details around how the session was structured what systems you used etc...? Would you be interested in a trip to Sydney (it is nice in September) 😆

What was peoples feedback? If you were to do it again what would you do differently?