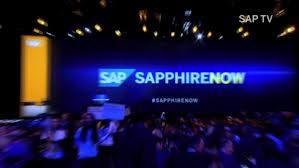 In part one I talked about the changes coming to the Core HCM UI that were discussed at SAPPHIRE/ASUG.  In this blog, I cover my impressions  in the cloud space.  If you want to hear more thoughts on this rapidly developing area, follow me on twitter @brandontoombs.  The show is absolutely massive, so the below are just the data points that I was able to gather.  At several points during the week I wanted to be 3 places at once!

From a “breaking” news perspective, there was less of it in this area than in core HCM.  SuccessFactors has their own conference in October so anything Earth-shattering may be waiting until then  Additionally,  Lars Dalgaard, former SuccessFactors CEO/current head of SAP Cloud was unable to attend due to a family emergency. Lars is a brash force of nature on stage, so his absence was felt.  Last year, Lars articulated had a clear vision last year around allowing customers to choose which portions of the cloud to adopt and at which pace.  It would have been interesting to hear how this has been refined based on the past year.  Regardless, Pepsi and Timken were featured in one of the keynotes where they explained their rationales for the making the move to EmployeeCentral.  It will be interesting to hear their stories as they go live.   From what I heard at the conferences several more large customers may be close to making this leap to EmployeeCentral as well.

[AUTHOR’S NOTE: I posted the above 15 minutes before the news broke that Lars is leaving SAP.]

Below are the highlights/impressions I took away:

That wraps up my wrap-up. 🙂   Overall it was an exciting and rewarding few days.

Thanks for sharing, Brandon; you could not have chosen a better day, with Lars' step-down announcement..

I laughed at the reference to the "pudding cups, fruit, and fluorescent margaritas" in your previous post, made me realize I am not alone in the SAPPHIRE food funk. And somehow, I had missed 2 of the 3 RDS announcements!

I posted a few days back a review focusing on the Employee Central's developments, for reference here it is LINK

Thanks Chiara for the comments and the link.

Great job with this comprehensive lowdown. There were a couple of things here that slipped under my radar, which is inevitable when you're not there.

Regarding SAP HANA Cloud Integration all I know is that it will be in the second half of this year, around 6 months later than planned. Although SAP did release it to customers on-time (mid-March) this was only on Ramp-Up and for the Customer Engagement Initiative (CEI) that they are running. I couldn't tell you how many SuccessFactors customers they have, but they are engaging with a few SAP HCM partners.

I don't expect a true SaaS Payroll engine to pop-up from SAP for a number of years. The level of complexity to match what they have now on a multi-tenant platform is quite high and if you factor in the other possible enhancements they could make then it really will take some time to have something ready if their developers are focused on EC and SAP HANA (although I hear a lot of EC developers are now working on HANA).

Thanks for your info on HCI.  Looking forward to see customer stories as well.

I hope we're all wrong about the timeframe for SAP to release a cloud payroll.  While the single instance payroll backend is just fine for existing SAP customers making the shift I think that SAP is going to have a hard time competing and winning new cloud business against Workday with the current design.  I believe that if anyone can do this right it's SAP.  SAP wasn't the first to market with payroll back in the late 90's, but they came out with the best solution; the same could happen in this case.  But it's only if SAP doesn't become complacent and rely on the current blended approach.  Just my $.02!

Missed you at SAPPHIRE/ASUG.  Hope to see you at SuccessConnect/HR Tech.

I would really like to be wrong about a genuine SaaS Cloud Payroll solution! I expect that the current approach is just a stop-gap until they have a genuine SaaS solution and I think something is better than nothing now, as long as SAP provide a migration path once they have a solution ready. I really think the guys from SAP should reading this blog when they design a SaaS Payroll:

Looking forward to catching up at SuccessConnect and maybe at HR Tech.

But I'll appreciate if someone within the house can explain to me what this mufti tenant strategy is all about. I see EC is a full mufti tenant approach while cloud payroll is not please kindly explain the difference.

To put it very simply, multi-tenant is where each customer has a tenant (an instance of configuration) but uses the same software and database as the other customers. Employee Central Payroll is a hosted solution, meaning every customer has their own instance of the software.

Very well understood that just the way a normal cloud service works. I guess that's what it's all about.