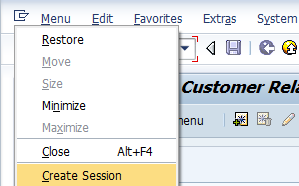 Lets put it this way every session has a burden in memory .Because there are user contexts created for each  session

What is SAP Roll Memory??

The shared roll area is  either a memory area  in the shared memory of the application server (SAP Roll Buffer ) or application Servers hard drive (the SAP Roll file) or  a combination of both. The shared Roll area is accessible by all of an instance’s work process.

What is Roll out?

At the end of transaction step the user exits the work process so that it can be used by another work process. The process of copying the Local Roll Memory to Shared Roll Area is called Roll out.

What is Roll In?

When user is assigned to a new/different work process , the user context is copied from the shared roll Area  to local Roll Area . This procedure is called Roll In.

Ztta/roll_area specifies the size of the local SAP Roll Area . It applies equally to all the work processes. 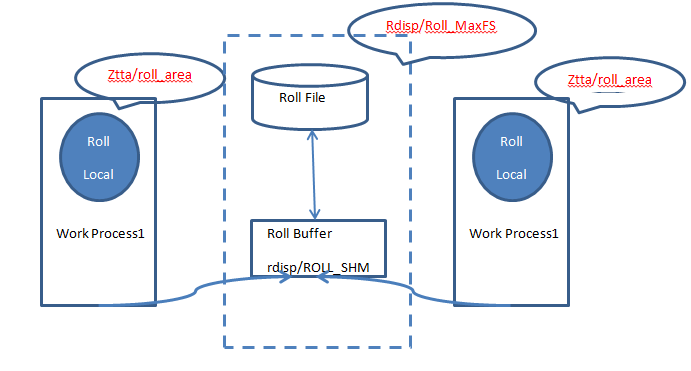 I know there are a lot of terms being discussed here but it will be useful soon when we discuss about memory management and distribution. I hope the following terms are clear.

If you understand the following points correctly ,  The next term to introduce is extended memory . I promise you there are not too many SAP terminology after this , if you  understand the First Part of the blog and the above terms which is easier. I still have to read it again  to get the basics  right

The frequency of roll out and roll in are higher considering the transaction steps , so the less heavy the user context the better. For the same reason Mostly User Contexts are stored in Extended Memory ( I know new term again) which is shared so that Roll in and Roll out are made faster because less  amount of data needs to be exchanged. This is done by storing only the address of the extended memory is stored in the local memory of the work process. (The following diagram helps to understand the concept better)

Have a good day….

Informational blogs, keep it up.

It would be great if you could link these two up with the URLs of previous/following part in each other.

Thank you Askash ...The comments are really motivating..I will link up the blogs once finished the series...

I have written the third one...http://scn.sap.com/community/netweaver-administrator/blog/2013/05/29/cracking-sap-memory-management-part3

Thank you Jeff...I will post soon once finishes my writing..

I have completed the third one...

Thanks for sharing the info. I was actulally looking for this and more.

Want to know about Heap memory.

Thanks for the comments...

.What you wanted to know about Heap memory ? Most of the system it is automatically configured nowadays..

Which system Version..I will try to help ..

Thanks for the extended help!!

Here is my task:

We have a BI system, which has 3 app servers.

We need to increase the memory parameters for it to resolve frequent ocurring memory dumps like "tsv_tnew_page_alloc_failed" "Resourse Shortage".

Let me know your thoughts.

This means  simply the memory of the user context is used ,  Is it for the all the users for that specific user.I knoe normally tend to sit on BASIS guys head to resolve...

Normally I will ask the user to optimize  his program....

Is it unix or windows operating system? Can you give more error details...?

Regret for the late reply.

We have Red Hat linux 5.

We did ask the BW team to optimize their program but to no avail.

On that particular Server where RAM is 48Gb, SWAP is 16Gb

Here is a detail of one of the errors:

The amount of storage space (in bytes) filled at termination time was:

Regret for the late reply.

We have Red Hat linux 5.

We did ask the BW team to optimize their program but to no avail.

On that particular Server where RAM is 48Gb, SWAP is 16Gb

Here is a detail of one of the errors:

The amount of storage space (in bytes) filled at termination time was:

I have sent you a private message with some steps...

Thanks Jacob!! Will work on it.