For the most part, the upgrade is pretty much similar to applying a Kernel patch without changing the Release, But I thought to rather write a blog post, to layout the epitome and crucial differences as compared to while applying a Kernel patch. And this being my first blog at SCN, so please bare with me in case you feel the blog is not up to the mark as it should be. And of course, I warmly welcome your feedback and suggestions.

So here is the basic overview of the system, before i shoot right into going about upgrading SAP Kernel.

Before beginning, I would like to break this blog in sections, in and around “Kernel 720” so as to get to know other things as well besides just the technical upgrade. I would be covering the following:

OK, so first let’s try to figure out what are these two kernels, what are the differences and which one should be used?

Whereas, Kernel 720_EXT is the new extended kernel, which is released for recent OS releases and database clients. Also, it does not support older versions of operating system platforms.

If your platform meets the requirements for Kernel 720_EXT, it’s recommended to go for 720_EXT rather than 720_REL.

For Linux, as my operating system RHEL 5 is not supported for SAP Kernel 720_EXT, I will rule out the usage of 720_EXT and hence my target SAP Kernel would be 720_REL. Of course, if I am very keen to use Kernel 720_EXT rather than 720_REL, I do need to upgrade my Operating System first to RHEL 6, which I think I would take it up some other time, but certainly not right now 😏 .

Supported Linux Versions for SAP Kernel 720_EXT are: Red Hat Linux 6, SuSE Linux 11 & Oracle Linux 6. Similarly you could check for your  corresponding operating system, and decide on which Kernel 720 type to be used.

To put simply, you should upgrade from SAP Kernel 700 to 720 because:

You would like to keep the following SAP Notes handy for the Kernel Upgrade:

Without any further delay, let’s get straight to the business now:

Get a latest version of SAP Note 1636252, and perform steps applicable for your platform. Below are the steps that I have done specific to my platform.

For Java only systems, check the following:

1) For release 700, there is a incompatibility with jmon, which is eliminated with SAP Java Technology S Offline Component (SAPTECHF.SCA). For release 700,     SAP TECH S 700 OFFLINE SP14 PL24 is required:

This is on Higher level.

This is not applicable for this case as Kernel is 720_REL 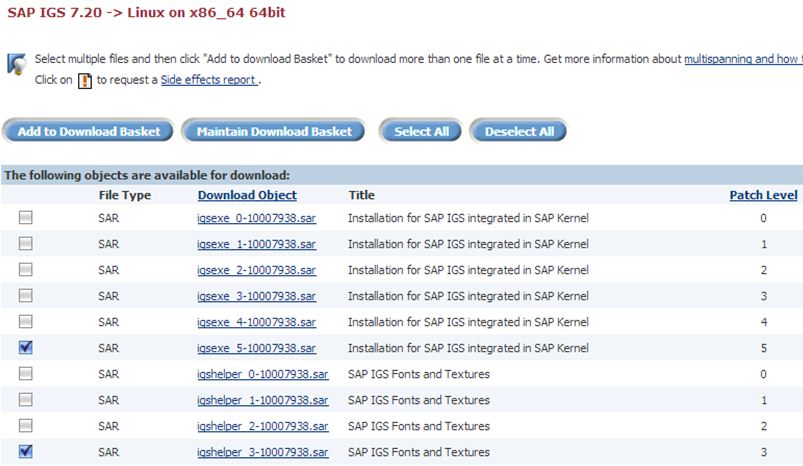 Stop the SAP System (No need to stop the Database)

Stop SAPOSCOL, assuming that your SAP system release is 700, SAPOSCOL is installed under SAP Kernel.

If the SAP Kernel is added to your path, you can directly execute below command: Now as the SAP OS Collector has been stopped, and IPC has been cleaned up, you can install SAPHOSTAGENT 720, which in turn will update SAPOSCOL and deploy under path /usr/sap/hostctrl/exe/

Extract SAPHOSTAGENT.SAR somewhere on a temporary directory (Note: You should use the latest download SAPCAR tool for extracting all the packages)

You should do the extraction using root, or ensure that the extracted contents belong to root ownership.

Start the installation of SAPHOSTAGENT as per below:

Subsequent to this, you will see that SAP OS Collector saposcol is now installed under /usr/sap/hostctrl/exe/ onward’s Kernel 720

Well, the most awaited precious step has arrived now 😏

But, you wouldn’t be rushing up, without taking a backup of the current working Kernel before upgrade! Would You? 😎

Take a backup of the existing Kernel 700, from the Global Kernel directory (/sapmnt/<SID>/exe/) and also of Local Instance Specific Kernel Directories (/usr/sap/<SID>/<Instance>/exe/) 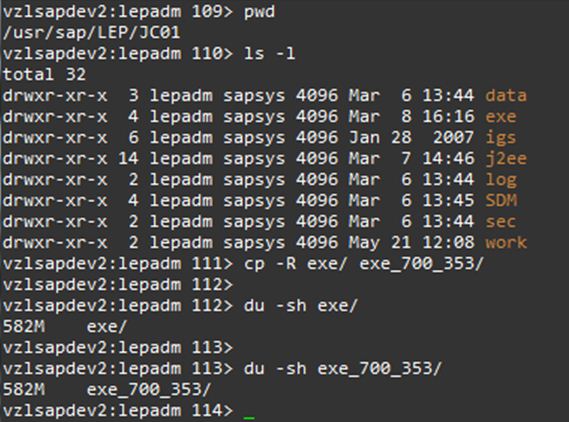 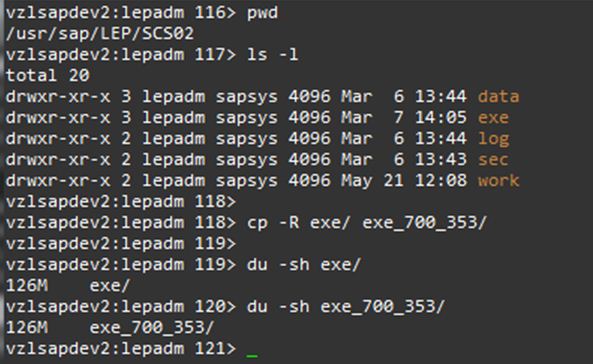 Save the following Files & Directories to another path to be used later:

Now, switch to user root and change the owner of all files/directories to <sid>adm as shown below: 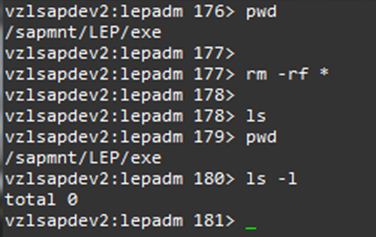 Now extract the new Kernel (using the latest SAPCAR tool) in /sapmnt/<SID>/exe/ as shown below:

Extract the DBA Tools Package now, as shown below:

Now, you need to restore the files to the current directory, which you saved earlier:

To, deploy the optional IGSHELPER.SAR file, switch to the relevant local directory /usr/sap/<SID>/<INSTANCE> on every instance and execute the below command:

I think I have exceeded the max. no of images per blog post, as I cant upload any more images 😯

I Guess, I will have to extend this to Part – II

Nice blog Akshay! Keep it up 🙂

Thanks Srikanth, for your kind words!

For sharing step by step information.

I am glad to be of help!

You are most welcome!

Please explain How can downtime be reduced:-

"Kernel 720 supports Rolling Kernel Switch - What it means for you is that, you can minimize the downtime of SAP system while applying Kernel Patches"

Regarding the Rolling kernel switch  feature, also known as RKS, it is beneficent in case of an SAP system  with large no. of application servers or instances.

Basically  when you apply kernel patches, you do that on central instance and then  replicate the kernel on to all of the application servers, so during  the patch application all of the app. servers are unavailable hence the  downtime.

Now, this downtime can be further reduced by the following strategy of RKS:

1)  It's imperative that kernel patch levels of all application servers  must be at same level to communicate without any unexpected disruptions.

2)  Suppose you are going from patch level x to y  (y >x), you have to  first figure out that if some of the application servers on patch x will  be compatible with other app. servers at patch level y.

3) Once, you are good to go, you don't patch the kernel of all application servers simultaneously i.e. you bring down one app server, patch it, during this time your SAP system is still accessible. As you are patching the application servers in turn but not in on go, hence the name rolling kernel switch.

4) Then at the right moment, you patch the Central Instance and adjust everything, this is the downtime (shorter than patching everything at one shot)

However there are some pre-requisites for applying RKS mechanism.

I suggest you check out the RKS note Note 953653 - Rolling kernel switch for further details.

Thanks for response.
1) To replicate kernel in application server is done by file 'sapcpe'  which comes with kernel executables.

2) If you are having Message server & enq server in central instance... Then this concept defends.

You got that down right.

Thanks for this Blog, it realy helped me in upgrade knowledge. 🙂

I just have a question, if the upgrade is not done in correct way,
how can upgrade impact SAP system? Will impact be too much
after upgrade what things should i look to validate that upgrade is done sucesfully without any impact?

If you follow what is to be followed as per the SAP Notes, then there is very less to minimum chance of things going wrong, as this is pretty much standard process and lot of customer base follows the exact same framework.

However, if you still have a doubt, I would say that just keep a backup of your old kernel for sometime until you are sure that upgrade was A-Ok. Also, after the upgrade once you start the SAP System, all of the SAP Executables/Libraries load-up that were shipped with the new kernel. If there would be a problem, it will hit you right away here.

If you are able to to bring up the system post-upgrade and login and perform some quick transactions that would be all. However in Productive scenarios, the upgrade follows the DEV=>QA => PRD path, so you wont be in trouble of overlooking the upgrade validation..

Thanks for  the Detailed information .....nice blog...

Just would like to know one more thing, for Java 700 system is there any other way to find out which Kernel version we have installed?

what I would like to know is if there is any other option (besides using "disp+work") to check witch kernel version we have installed (for example using "nwa" or "index.html").

System Information. There you can hopefully see the Kernel Details.

I have scenario that need your suggestion.

We typically, deploy SPs/EHPs along with default Kernel release with the SP/EHP binaries. However, once we are done with DEV environment, we will then go back to Service Market Place and download the latest kernel release binaries.

B'coz of this approach, we always, end-up in replacing the kernel manually which certainly require extended downtime. Thus, I am looking for your suggestion that, how/what do i replace the old kernel binaries and make the stack XML modification so that with the SUM tool itself I shall be able to deploy the latest kernel.

This way, I can avoid manual deployment of latest kernel after SUM tool completes the SP/EHPs deployment.