Harley-Davidson Motor Co. is helping to keep manufacturing alive and well in the U.S. From SAPPHIRE NOW, Tim Clark examined how Harley-Davidson runs SAP technology to deliver consistency across the company’s employees, processes, data and systems.

No. 2: Behind the Scenes at SAPPHIRE NOW

With more than 12 miles of carpet, hundreds of flowers and thousands of chairs, preparation of the Orange County Convention Center for SAPPHIRE NOW started on April 1. Derek Klobucher talked to some of the people putting the finishing touches on SAP’s annual conference.

SAP customers have a lot to say about the Walldorf-based enterprise software company — and they often say it on Twitter. Ryan Somers lists his favorite tweets from customers at SAPPHIRE NOW.

No. 5: Millennials: The Next Greatest Generation for SAP?

A demographic not usually addressed by SAP was the subject of one of its co-CEO’s keynote presentation at SAPPHIRE NOW, as Sarah Harvey reported. “Technology doesn’t make me who I am,” Bill McDermott said, describing the core beliefs of millennials. “It allows me to be who I want to be.” 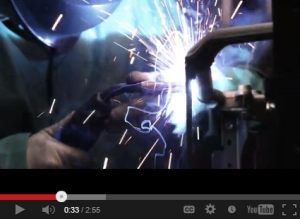