In two ASUG education sessions today, I heard more ways to develop and deploy mobile applications.  While there’s a concept out there that SAP has a single mobile platform solution, it’s unlikely that one answer will solve every problem, and even more unlikely that an answer given today will be the same thing in 12 to 18 months.  My sense from the sessions (and I’ll look for confirmation tomorrow) is that one can’t build apps quick enough to satisfy demand, so get started, and prepare to change the plan sooner than you think.

In Paul Aschmann‘s session, on developing for the iPad (“From Start to Finish: Developing an iPad App Using SAP NetWeaver Gateway”), he focused on key design and development techniques to building successful apps, including coding tools, graphics design ideas and methods, and tons of references materials. He probably had too much content for the one hour session, and with questions coming in

For graphics work, which Paul said is critical to user acceptance of an app, professional designers using PhotoShop are ideal, though Pixelmator, or GIMP, are workable also. He’s a big fan of open source tools (me too).

Paul asked me before his session if the conference wireless was going to work. As it turned out, no, it didn’t, but the show went on.

In the session by IPG (“Deploy a Mobile Workflow-Approval Application using UI5 and SAP Portal On-Device Technology”), they talked about shifting within the past year from a SharePoint based portal to SAP’s portal, embracing UI5 and not doing an SUP stack.

Their current application has document imaging in PDF or TIFF format. They talked about getting to JPEG or PNG formats soon.  Those are both compressed, but I’d want to check if the ratio is that high.  It makes sense to get smaller document files, as long as all the pieces accept them.

While Paul is focused on Apple devices, Orhan and James need to support other vendors, forcing the question of how much custom development is needed for each app. With a relatively simple workflow app, maybe not  big deal, but as more data and more content is required, the stakes go up.

A good question came in for the audience as to whether their app bundled multiple pages in one sweep, meaning fewer round trips to the device.  The answer was “probably”, but the developer wasn’t here to verify.  Security of devices was also discussed; their intent is to not cache data locally, but there are still potential holes if the device falls “into the wrong hands”.  Unfortunately their slides don’t go into this at all.

During the remainder of the day, I haunted the vendor floor, hunting down the elusive HANA hardware.  I bagged shots of two of them.  The SuSE booth had an IBM appliance, while the other shot is from the Fujistu booth. I’ve had interesting discussions about benchmarking.  I wish I had numbers to share.

And, finally, two tweets from the network on SAP’s Lumira, which admittedly I have not tried and know little about. I just report what I hear. 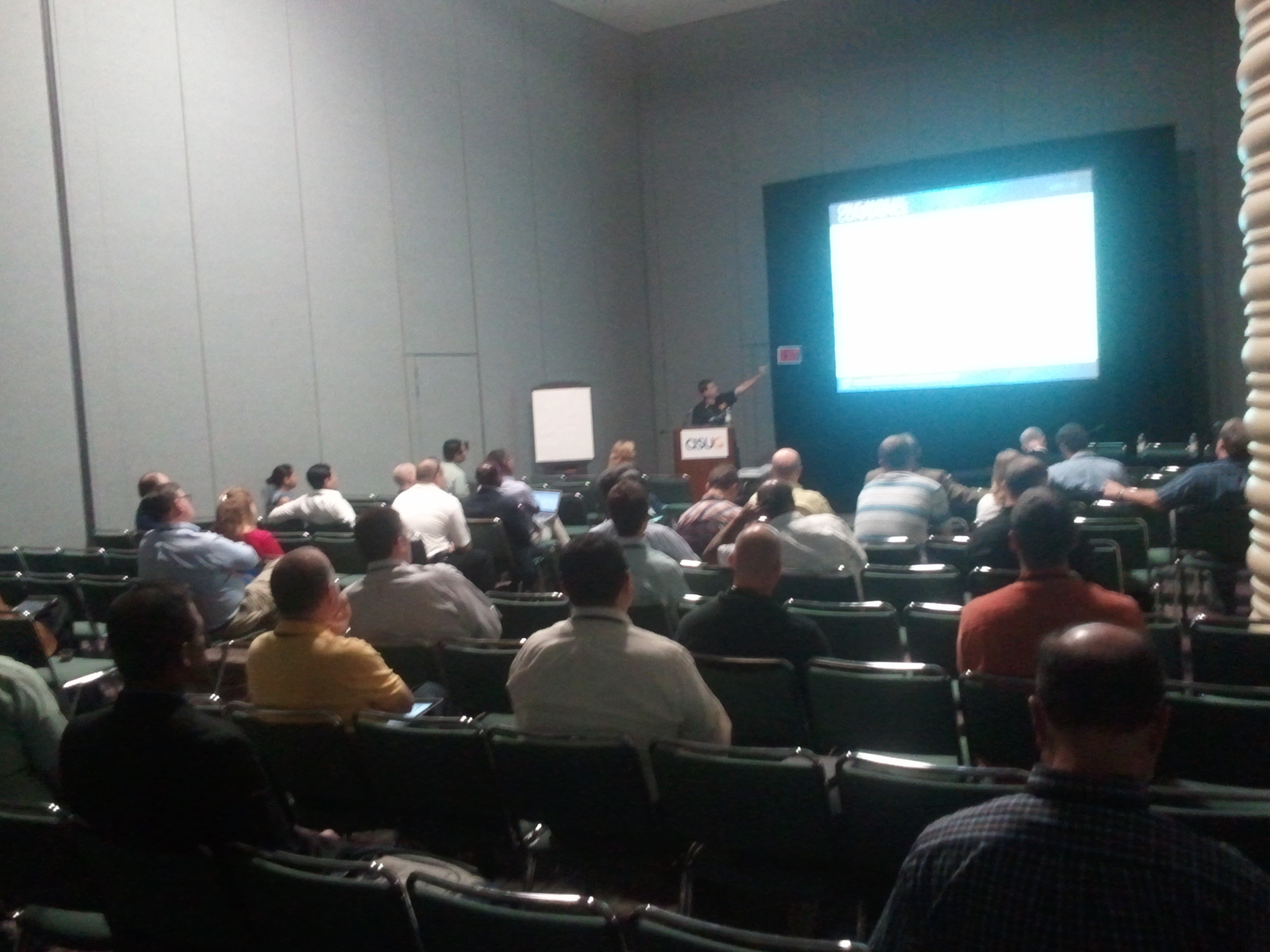 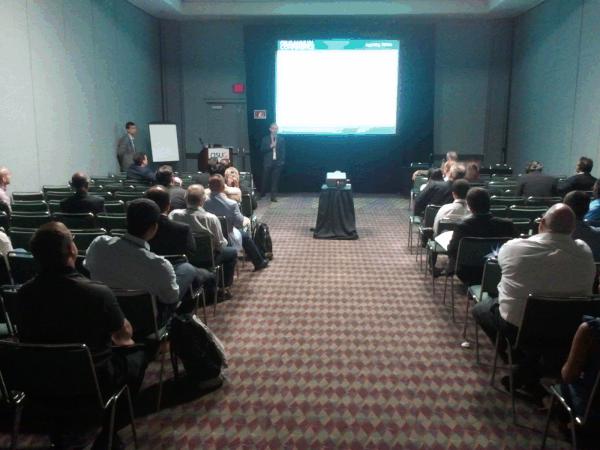 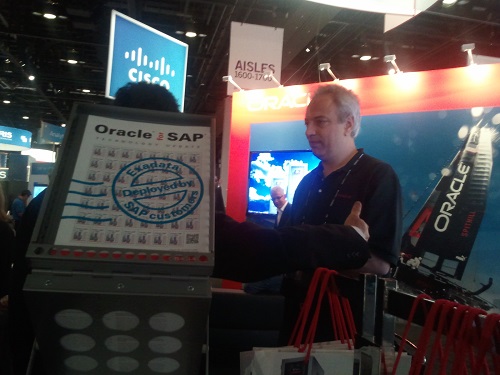 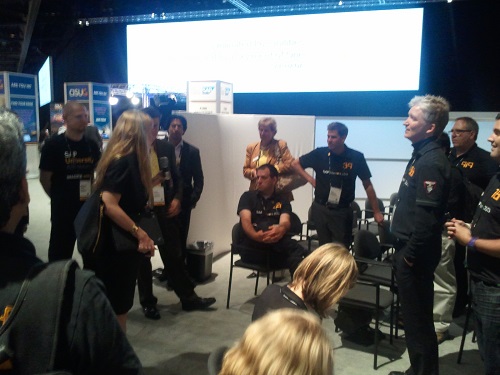 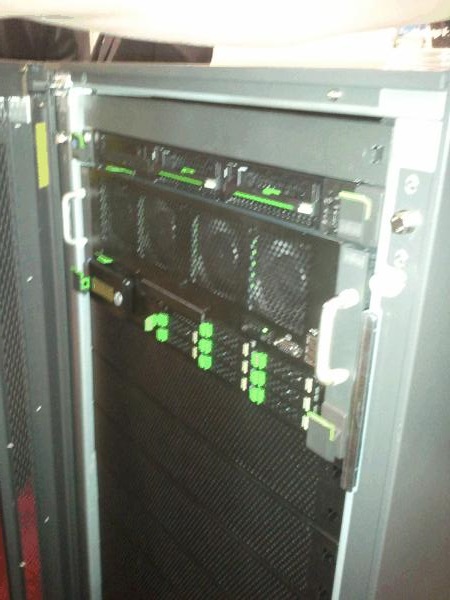 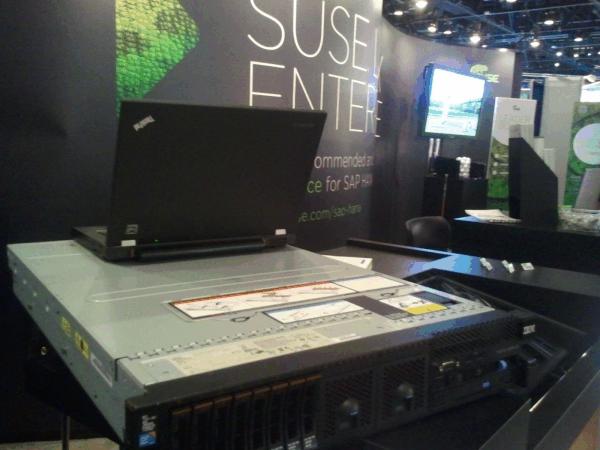 Thanks Jim - really appreciate your effort in sharing the sessions. I like the pictures of HANA boxes- love to have one 😀 Gaz