Millennials: The Next Greatest Generation for SAP? 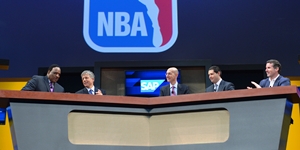 SAP’s annual SAPPHIRE NOW conference in Orlando, Fl. kicked off on Tuesday with a keynote speech by co-CEO Bill McDermott, who focused on an audience not typical for the massive business software company: Millennials.

The Millennial generation—roughly defined as those born between 1980 and 2000—has been criticized as narcissistic, lazy, and far too reliant on technology. In fact, the cover story in this week’s Time magazine calls millennials the “Me Me Me Generation.”

But this stereotype is misleading, said McDermott. Millennials are actually the “empowered generation,” constantly embracing technological innovations to make their lives run better. They are mobile and social, constantly glued to smartphones and tablets. For them, “social is the new dial tone.”

According to McDermott, a millennial believes that “technology doesn’t make me who I am. It allows me to be who I want to be.”

Perhaps more importantly, millennials represent the biggest target market in the world, and corporations must rethink everything to capture their imaginations.

Although rarely direct customers, millennials are increasingly the ultimate beneficiaries of SAP software—from mobile and cloud solutions to SAP HANA data analysis. “Behind every business process that you run is a person,” said McDermott during his keynote. “We have to show deep empathy for the human.” This B2B2C (Business to Business to Consumer) attitude means it’s essential for SAP to understand the wants and needs of today’s 13 to 33 year olds.

SAP is now helping sports and entertainment companies engage these elusive millennials—particularly in the world of sports. The mobile millennial is a new kind of consumer at sporting events. “Have you ever been to a game and not seen a kid spend as much time staring at that device as he spends watching the game?” McDermott asked during the post-keynote press conference.

Therefore, sports franchises are enabling fans to create individualized game experiences, through in-stadium Wi-Fi, mobile apps, paperless ticketing, and more. This “empowers fans to do whatever they want, on whatever device they choose,” said San Francisco 49ers CEO Jed York, who was among the panelists McDermott invited on stage. The new fan experience extends beyond those in the stadium to the thousands watching at home on personal devices.

These millennials (and their “me me me” attitudes) are also important co-innovators and partners. Fans are “the next generation of innovators,” said NBA deputy commissioner Adam Silver, and the sports world’s technological revolution has only just begun. Under Armour’s Kevin Plank said that his company is constantly envisioning products for the future, pointing to an advertisement where a “future girl” uses controls on her sleeve to change the temperature and color of her clothing. “This world is going to exist someday,” said Plank. And if millennials continue to push for these innovations, it may exist sooner rather than later.

Disclaimer: The author of this blog post is a proud millennial.