Canadians, and Formula 1 fans everywhere, are eagerly awaiting the Montreal Grand Prix in June.  So it was particularly exciting to see Ron Dennis, Chairman of the McLaren group, return to the SAPPHIRE NOW keynote stage this year with SAP’s Co-CEO Jim Hagemann Snabe. Fulfilling the promise he made last year, Dennis was here to update us on McLaren’s use of SAP technology to run their business and win races.

In summary: “If HANA was a person, she’d go down in history as changing the world.”

In addition to kicking off a new racing season, McLaren has just launched a new car – the P1, a 1000HP hybrid.  An organization that is all about innovation, McLaren thrives on being state of the art, and embraces any tool or technology that will make them better.

A grand prix car is equipped with hundreds of sensors, and McLaren harvests 6.5 billion pieces of data from each car throughout the Grand Prix – that means 13 billion bits of data for their two cars.

Timo Elliott did a wonderful job of describing how McLaren was planning to use this telemetry in his SCN blog: McLaren Shows The Way: Telemetry and Benchmarking To Improve Business Performance?

Today, Ron Dennis described the power of SAP HANA in terms of speed, scale and simplicity:

“It’s an amazing tool to place in the hands of both the engineers and management,” said Dennis.  Soon after that comment, Snabe presented him with a customized dashboard on an iPad, leveraging the complex race telemetry to build simple visualizations. 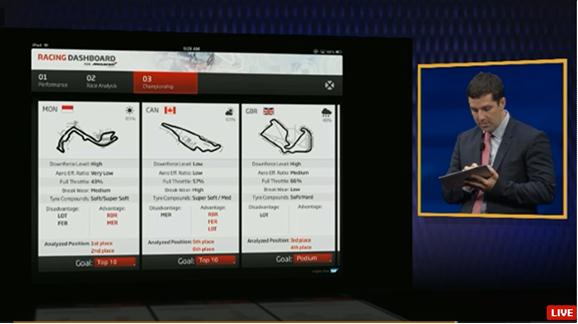 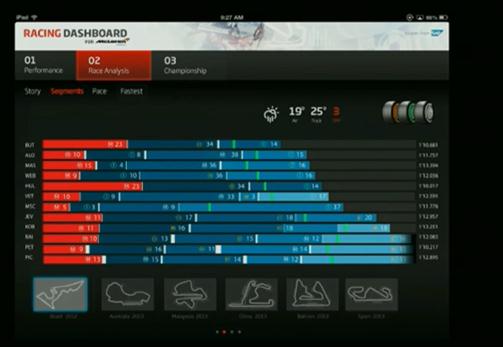 Snabe hinted that he would be happy to test drive McLaren’s new P1 in return.