@SAPBayArea on “Tour”: Meeting SAP Customers & Partners at the Amgen Tour of California

@SAPBayArea on “Tour”: Meeting SAP Customers & Partners at the Amgen Tour of California

Even when I’m not in the SAP Bay Area offices meeting with partners or working on partner programs during the work week, SAP still surrounds me. On Sunday I had the privilege of attending Stage 1 of the Amgen Tour of California in Escondido, California, USA (30 minutes northeast of San Diego). I was hired to photograph the day’s race that started and finished there, and am sharing some of the shots below (all photos by Christine Johnson, ©2013). A rider signs in before the race

What is the Amgen Tour?

The AmgenTour of California is America’s most successful cycling race and one of the nation’s largest and most recognized annual sporting events. An eight-day event, the road race features elite professional teams and athletes from around the world. This tour’s field is strong, as it includes 2010 Tour de France champion Andy Schleck, 10 riders who have won stages in the Tour de France, seven world champions and 11 current national champions. 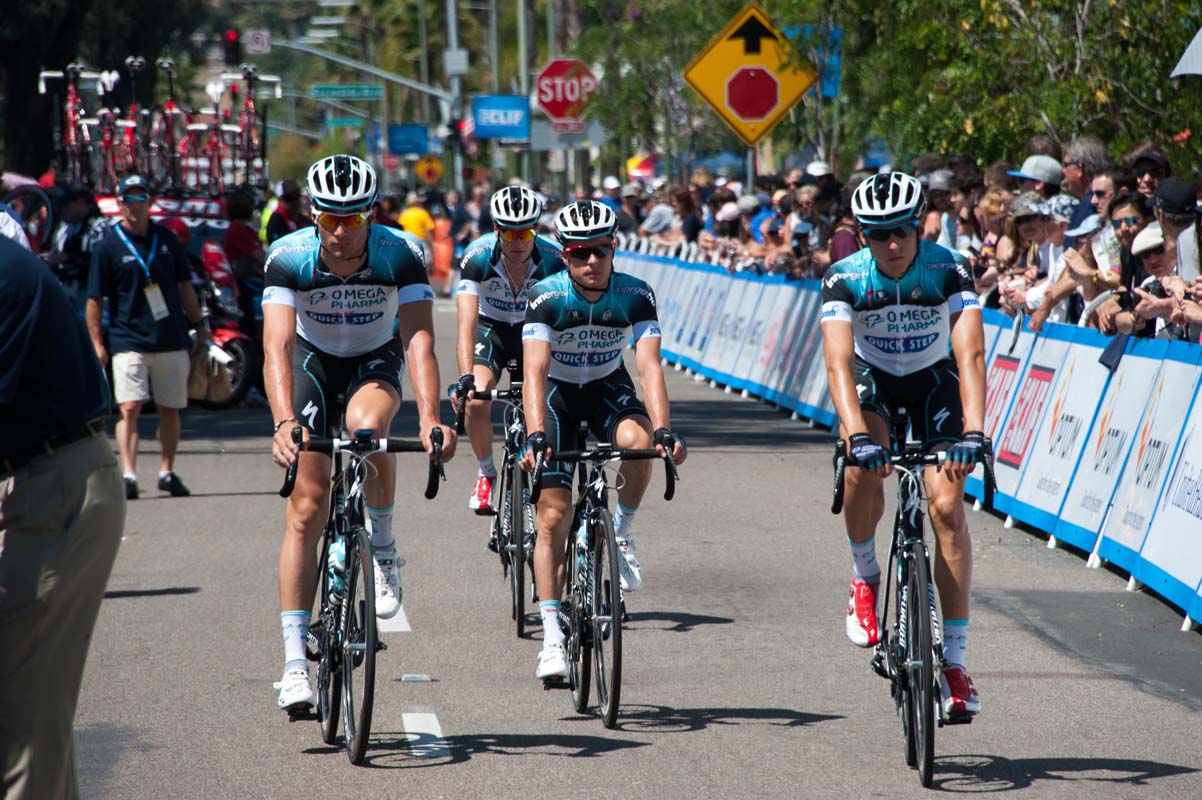 Stage 1 of the race was presented by auto manufacturer Nissan, also an SAP customer, and, manufacturer of the LEAF electric vehicle, which seems to be very popular, gauging by the number of them in the employee parking lot at SAP in Palo Alto. 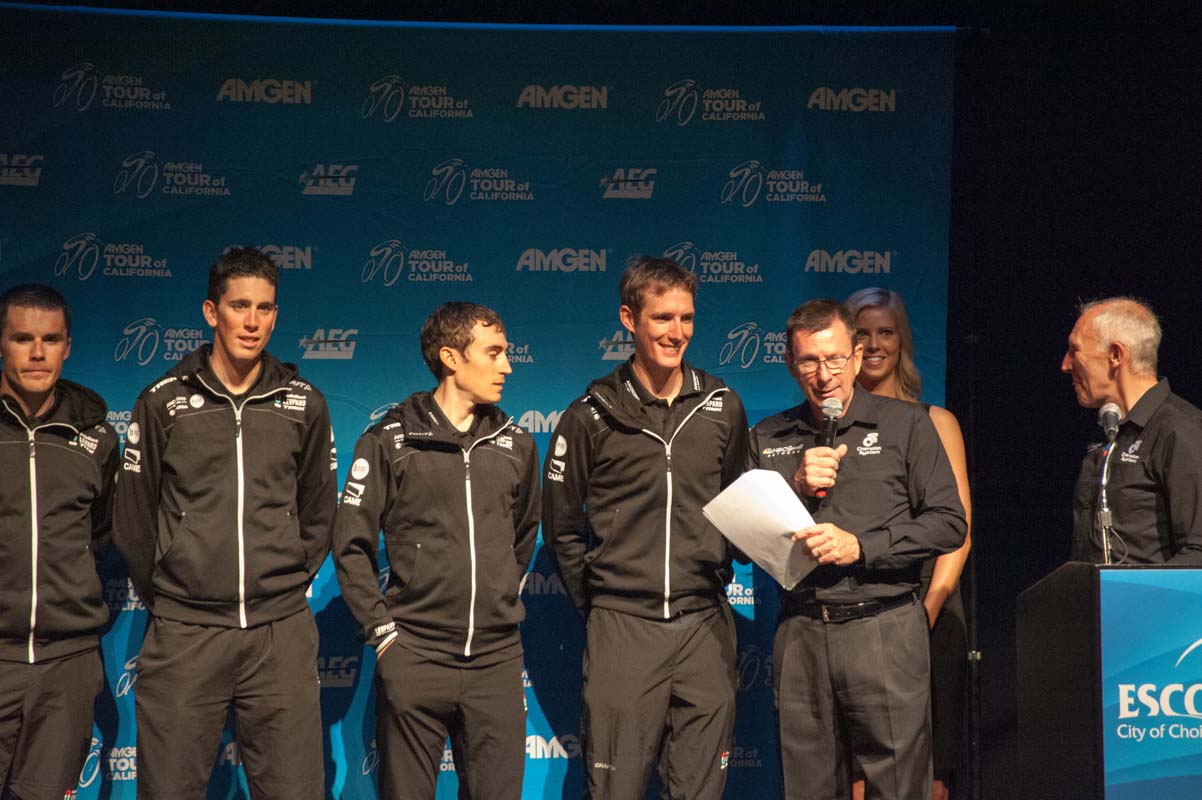 Friday night, the city hosted a gala awards dinner and each team presented their riders to the audience assembled in the city’s performing arts center. Pro cycling commentator Phil Liggett and Paul Sherwen interviewed a few of the more famous riders.  Both Phil and Paul are, of course, very well known for being the voice of the Tour de France. 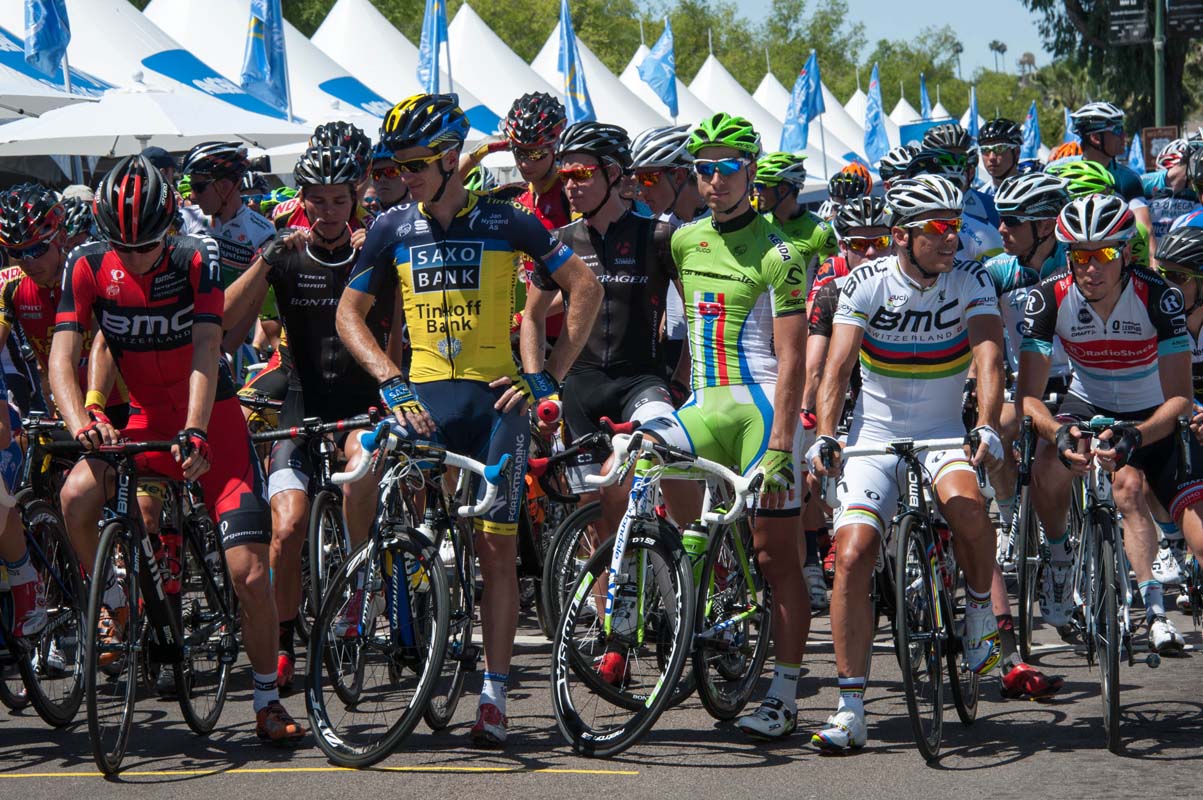 At the starting line

The Winners of Stage 1

On Sunday, the riders faced temperatures of 100 degrees and over 11,000 feet of climbing during the 102.7 mile ride.  A large crowd of over 15,000 people cheered the riders off at 11:15am in town and then welcomed them back just over four and a half hours later. Lieuwe Westra of the Netherlands came in first, followed by Spaniard Francisco Mancebo; with Slovakia’s Peter Sagan in third. 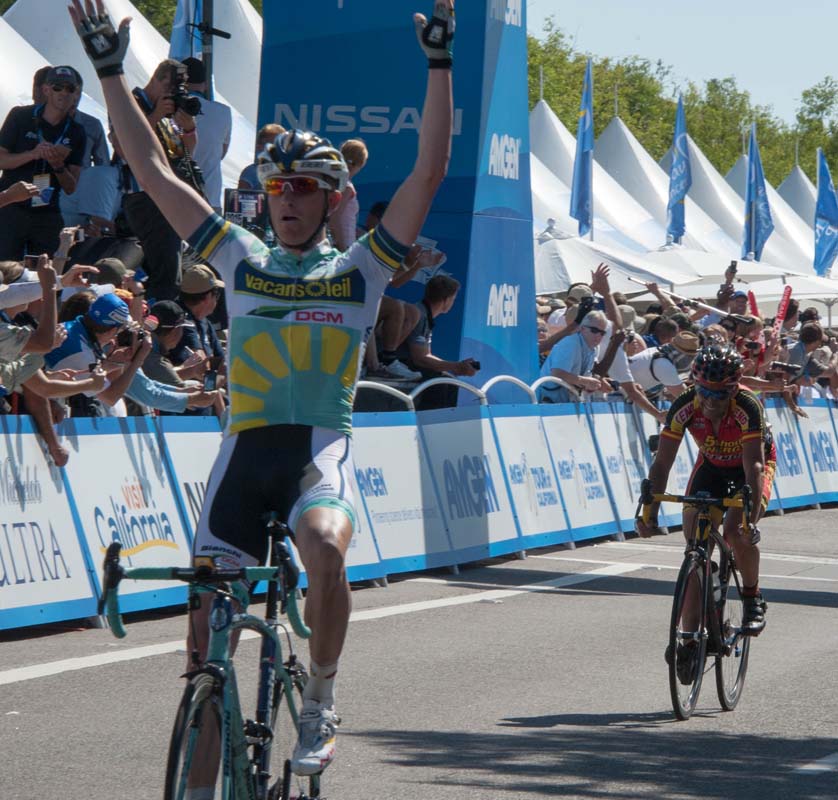 Lieuwe Westra of the Netherlands crosses the finish line first 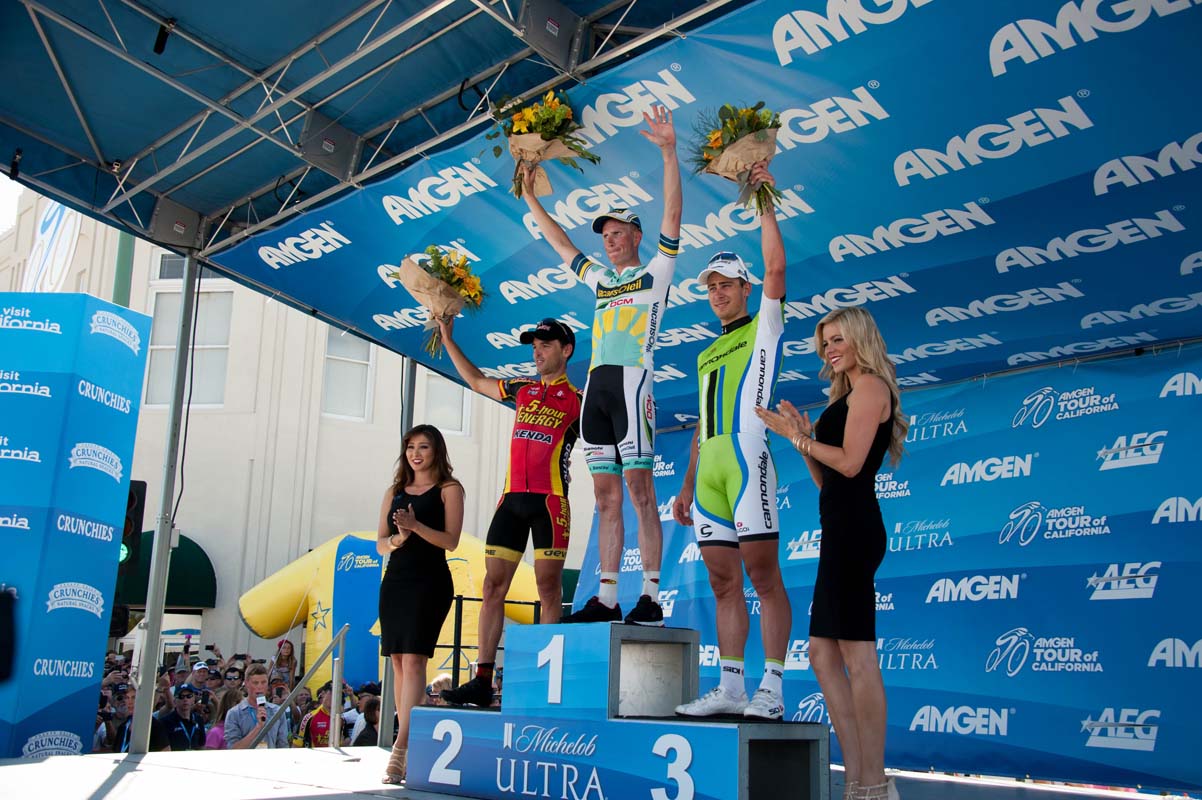 You can follow this week’s tour virtually on Twitter at @AmgenTourofCali and via the live Tour Tracker.

Very exciting to read about!  Thanks for sharing the photos!

Thanks Cheryl! It was a fantastic experience.

Great write up Christine. Looking forward to the day when SAP sponsors one of the jerseys in LeTour, monitoring the contenders in real time via ANT+ sensors on their bikes.

Given the number of customers already sponsoring teams it would be a natural add on for SAP to be involved and show their technology to the world.

Nigel, I couldn't agree with you more! I would love to see an SAP jersey in Le Tour as well. Even better than having a racing sailboat in the America's Cup.

LOVE the pictures. They look so professional. Maybe you are in the wrong career? :-). Thanks for using your skills to share with us.

Thanks Natascha. Glad you enjoyed the photos. 🙂