The Best Student Programmers Surviving a Zombie Apocalypse in Budapest

The best student programmers mostly from Europe gathered in Budapest from April 26 to 28 to attend the 13th International 24-hours Programming Competition, the most important independent programming competition in Europe, organized by the Electrical Engineering Students’ Hungarian Association. As in the last two years in a row, the main sponsor of the event was SAP Labs Hungary, and the awards for the winner Russian team (Egor Kulikov, Petr Mitrichev és Pavel Mavrin) were handed out by Adam Dudits, managing director of SAP Labs Hungary

and one of the regional responsible of University Alliances CEE. 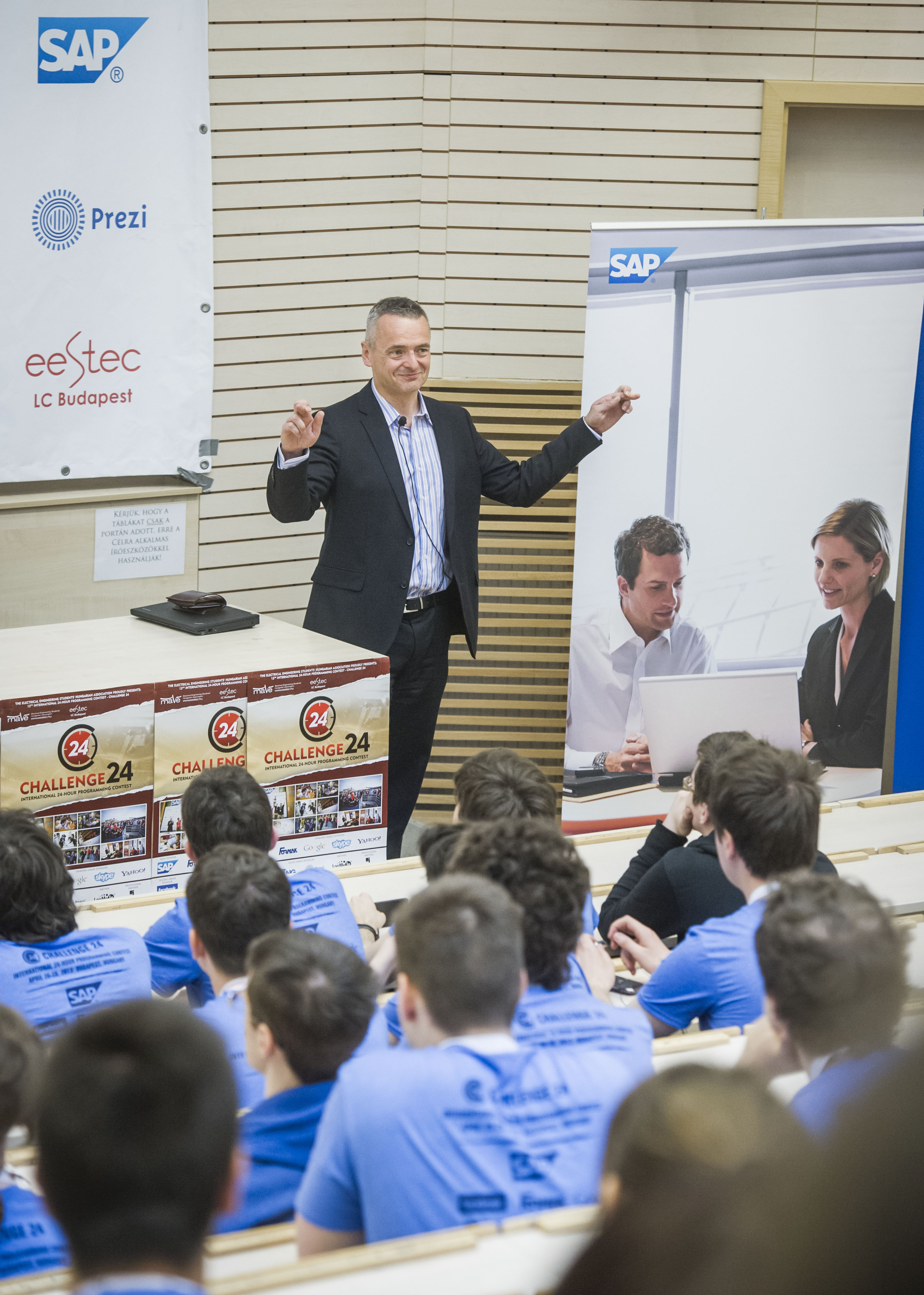 This year, the cool tasks were related to a zombie apocalypse: according to the prologue of the championship, the majority of human population turned into zombies due to a virus spreading over the internet implanted by extraterrestrial intelligence. The team members are one of the last alive holdouts in a depopulated city spending their remaining time with various fanciful pursuits included the control of a real laser cnc machine, a real-time 3d bicycle simulator game, a multi-player lemmings game, aiming to delay the time of the final munching of their brain…

The competition is not only expect a deep knowledge of programming languages, but the teams have to cope with mathematics, algorithm theory and artificial intelligence problems, and the contest requires a background of physics and engineering as well. Challenge24 is a great opportunity for the programming students, to measure their knowledge and skills in an international environment with the best in the world. 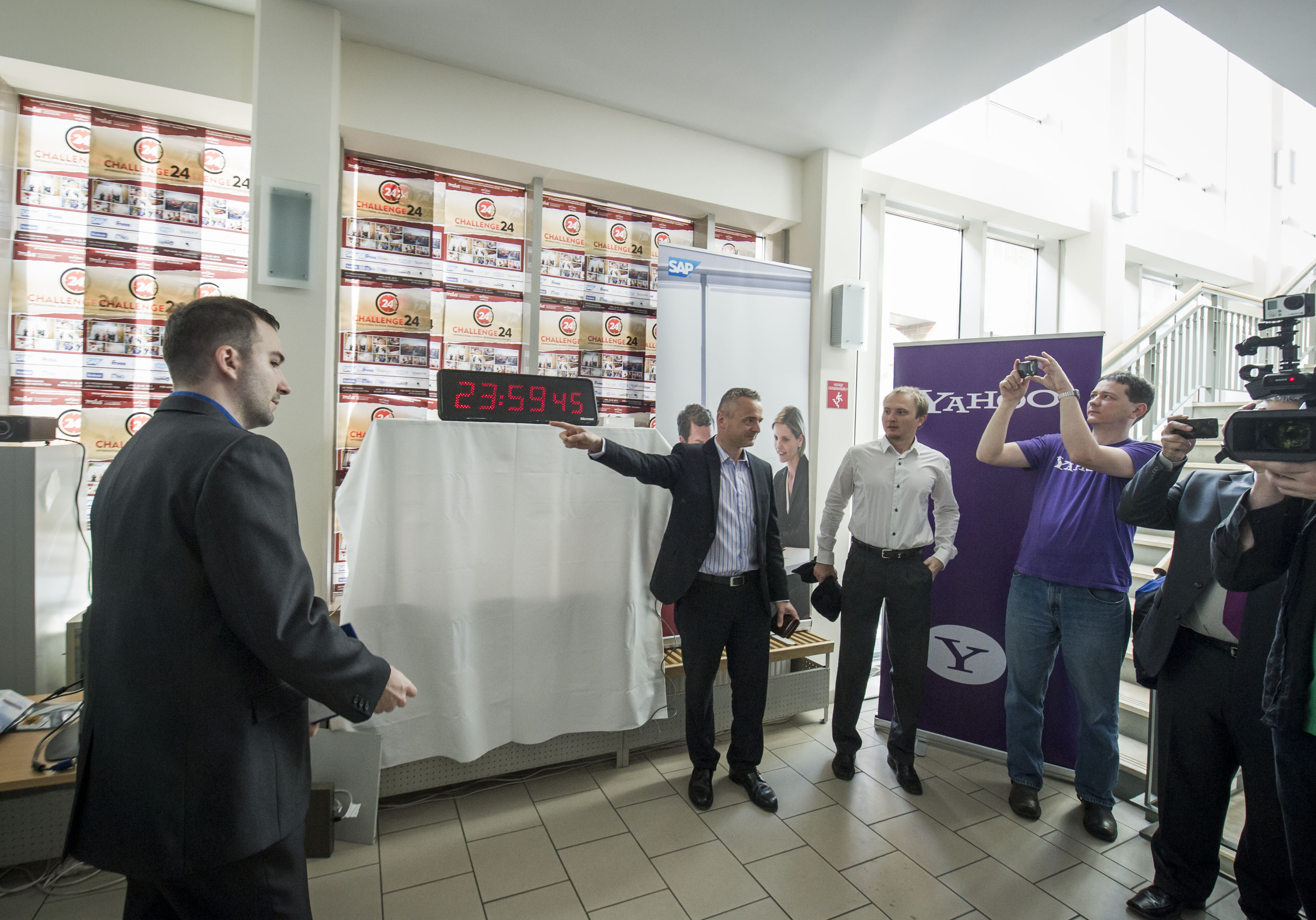 According to their official site, Challenge24 started as an invite-only competition with twenty teams in 2000, but rapidly grew into one of the biggest open programming competitions in Europe, attracting hundreds of teams each year. During the past 12 years about 7500 people participated in the challenge.

The first 24-hour Programming Contest was organized for Hungarian teams and received 33 registrations from different universities of the country. In contrast, the 12th competition in 2012 had 398 teams from 42 countries, making Challenge24 one of the largest programming competitions in Europe, well known all around the world. Extreme challenge, both for the body and the mind make this contest popular. 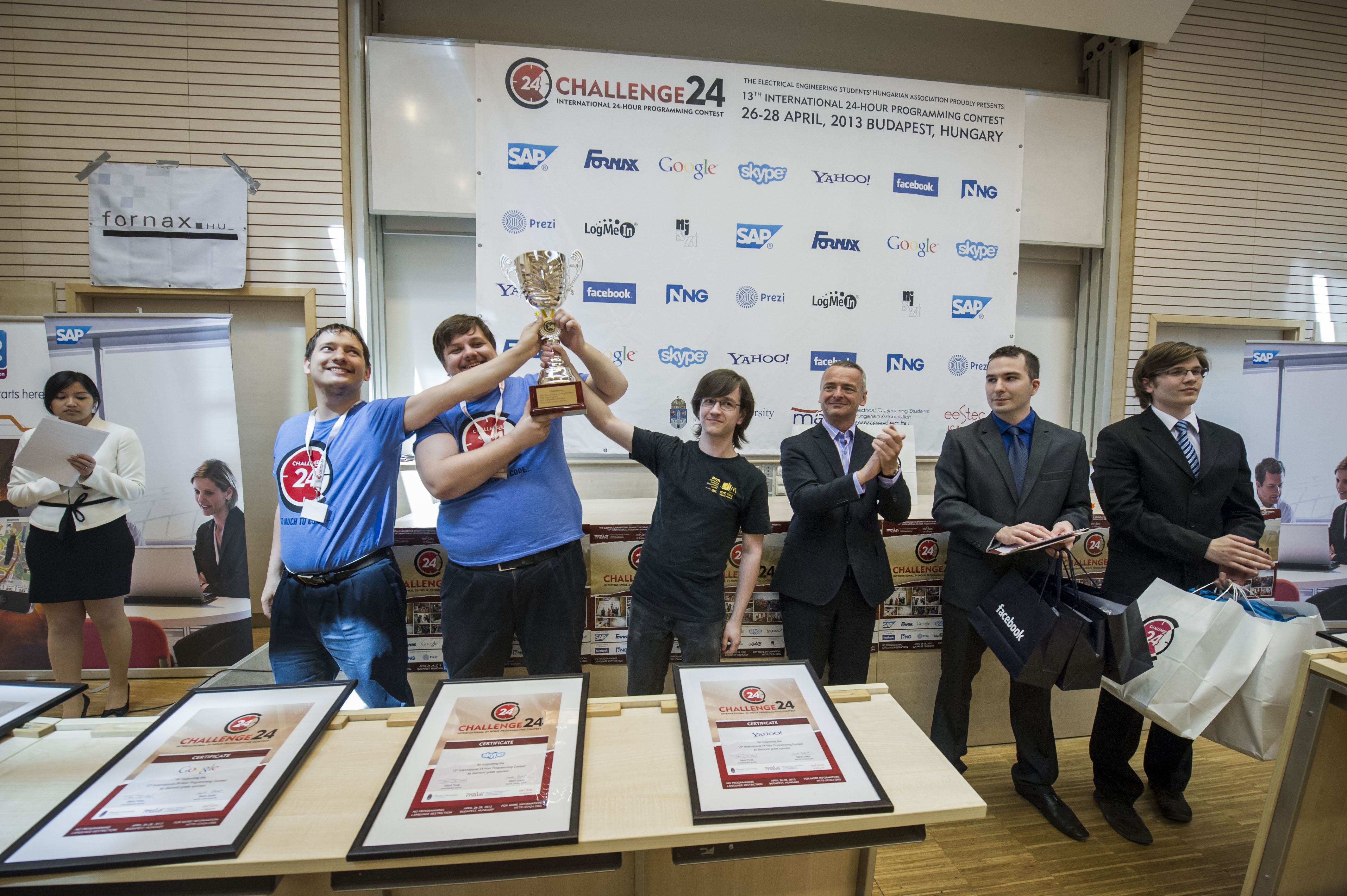