“Complex implementations should go away,” SAP executive board member Vishal Sikka said in The New York Times Tuesday. “All of our products are moving to HANA.”

And HANA has moved to the cloud, thanks to SAP HANA Enterprise Cloud. SAP and its testing partners already have 750 terabytes in the remote data infrastructure, with plans to double that before 2014.

“Touted to offer ‘elastic petabyte scale,’ the SAP HANA Enterprise Cloud is a managed deployment option for SAP’s Business Suite of management apps,” ZDNet noted Tuesday. “The goal is to offer another channel for trying to extract immediate business information (and value) from SAP’s in-memory platform in real-time.”

Companies can implement SAP HANA Enterprise Cloud immediately. All they need are the necessary licenses; SAP evaluates customers’ data and application infrastructures, migrates their services and charges monthly for the subscription.

“This is the first time in our history that we can really determine the hardware we want to run on,” Hasso Plattner, an SAP founder and the chairman of its supervisory board, said during Tuesday’s launch event. “HANA is working on standard hardware — 100 percent standard hardware.”

Plattner pointed out several benefits of cloud computing with HANA, all of which reduce the total cost of ownership (TCO). They included:

“The service will enable customers to move ERP or CRM applications, data warehouses or all of the above onto the HANA in-memory database running on SAP infrastructure,” InformationWeek said Tuesday. “There also will be options for synchronizing data when customers opt for hybrid deployments, with some apps remaining on premises and others moving onto HANA Enterprise Cloud to take advantage of in-memory performance.”

Hybrid cloud computing might be the wave of the future, SAP co-CEO Bill McDermott noted last week. Users who could benefit from this technology include:

“Next week will be the two-year anniversary that we actually announced the birth of a little girl named HANA,” SAP Chief Marketing Officer and my fellow SAP Business Trends blogger Jonathan Becher said as he opened the Global Press Event Tuesday.

Sikka later walked on stage to The Temptations’ 1965 hit song “My Girl.” He even wrote of HANA, “this is my girl,” in a blog post published earlier that morning. 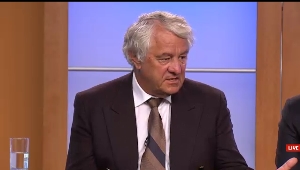 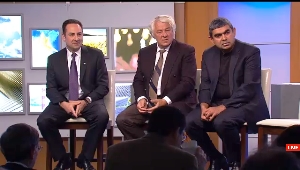