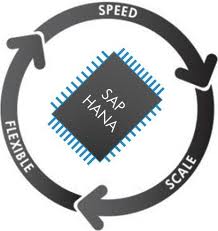 SAP HANA Enterprise Cloud is a private cloud deployment of the in-memory platform as the basis for some of its signature business applications. Applications to be offered immediately in the new cloud environment are: SAP HANA as database; SAP Business Suite; SAP NetWeaver BW and custom HANA applications. Extensions of other certified solutions on HANA Enterprise Cloud will be made by SAP on a “case-by-case” basis.

The new HANA cloud will be operated from four data centers, split between the U.S. and Europe, with later plans for data centers in Asia. The HANA Enterprise Cloud is the commercial name for an offshoot of SAP’s server work late last year with Intel, which was dubbed the Petabyte Farm. SAP added in information accompanying the announcement that it planned to continue fostering HANA’s place in the developer community as well as the new cloud offering’s role in an open ecosystem.

The release was unveiled Tuesday in an event led by Vishal Sikka, SAP executive board member leading technology and innovation, and SAP Co-Founder and Chairman Hasso Plattner. During the presentation, Plattner reassured attendees that HANA was capable of enterprise-grade analytics, a response to criticism leveled by some analysts and competition, including SAS. Sikka noted that there are already approximately 60 customers, “some live.” In ablog on the release, Sikka wrote that the HANA Enterprise Cloud is geared to avoid hardware lock-in and speed time to widespread deployments. More information on customers and availability is expected next week at SAP’s SAPPHIRE NOW event in Florida.

It’s not exactly the first iteration of HANA’s capabilities in the cloud, but certainly its most commercial extension, according to an FAQ released along with the product announcement. The product differs from SAP HANA One, the vendor’s database as a service in the cloud, which is meant for inexpensive and single-use instances of HANA built with particular adaptability for Amazon Web Services environments. Another previously announced product, SAP HANA Cloud Platform, is one component of the HANA Enterprise Cloud.

SAP has been through drastic changes in the last four years, after price increases and major job cuts in 2010. In March, SAP was considers as “the Most valuable German Company”, strengthened of late by returns from cloud computing and mobile acquisitions, as well as its “homegrown” and much flaunted in-memory offering, HANA.