SAP Labs Bangalore and SAP University Alliances India joined forces yet again to organize the 2nd Edition of SAP Osmosis for 85 students and 15 Professors of Tumkur Univeristy, Karnataka on 1st April 2013. This unique Innovation event is a result of close collaboration of SAP Labs with the one of the state governments – Government of Karnataka in India to meet the objective of building a relationship with the govt agencies and position SAP as a thought leader in the Academia space. This event helped the participating students to understand the latest technologies such as SAP HANA, mobility, Cloud, Big Data through the knowledge sessions that the students were very excited to be part of. The University Alliances team worked closely with SAP Labs to organize the event on the ground and to follow up with the students with questionnaires post event to gauze the learning of the students. In all the sessions the students were asked impromptu questions and were able to win SAP premiums such as T-Shirts, Pen drives, and Laptop bags sponsored by SAP University Alliances. 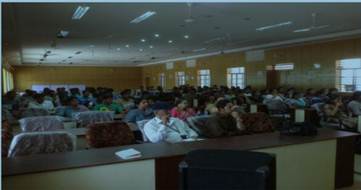 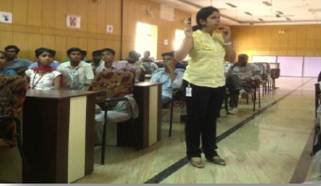 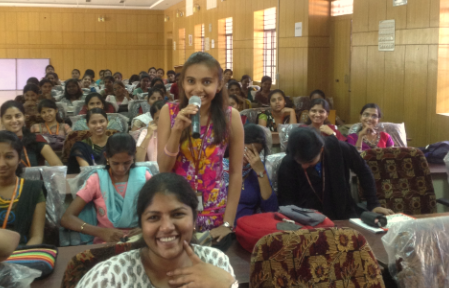 The event was designed to include sessions on key technologies such as SAP HANA, Mobility, Cloud and Career Guidance. These sessions were designed in such a way by the speakers that these students could easily understand the content, which was of course evident by the number of prizes that these students won during the on-the-spot questions that were asked by these students. Post the event student would were sent an online questionnaire to gauze their learning.

Here are some highlights!! 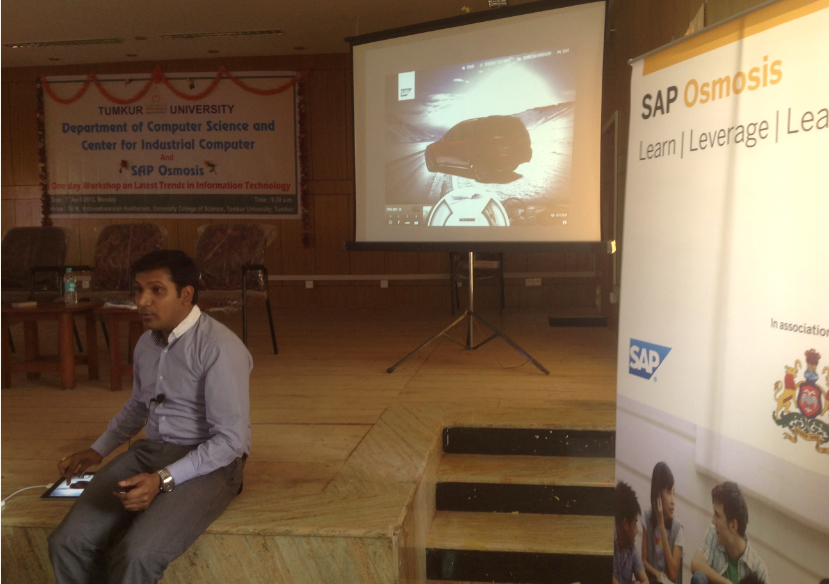 Students being shown Demos
using iPad – app for Mercedes. The students were shown how a customer can
visualize his car in different scenarios by custom fitting accessories and
background scenarios. How such an app impacts the decision making at the moment
of truth. 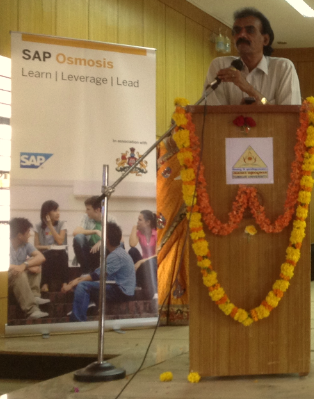 “It was an awesome experience in such a way that I learned here was everything new. The best thing was the technology and the information that was shared. Thank you for your guidance which pushed me to think high for my future ideas of living in the IT world.”

Would be a good idea to read about SAP Osmosis at SAP Labs & SAP Osmosis 3rd Edition at NIE Mysore!!!