21 13 1,322
When it comes to symbolizing  the customer engagement between SAP and Customers for SAP (esp. Business Workflow), there’s no-one quite like Susan Keohan.  No one!
She is the Workflow Goddess. 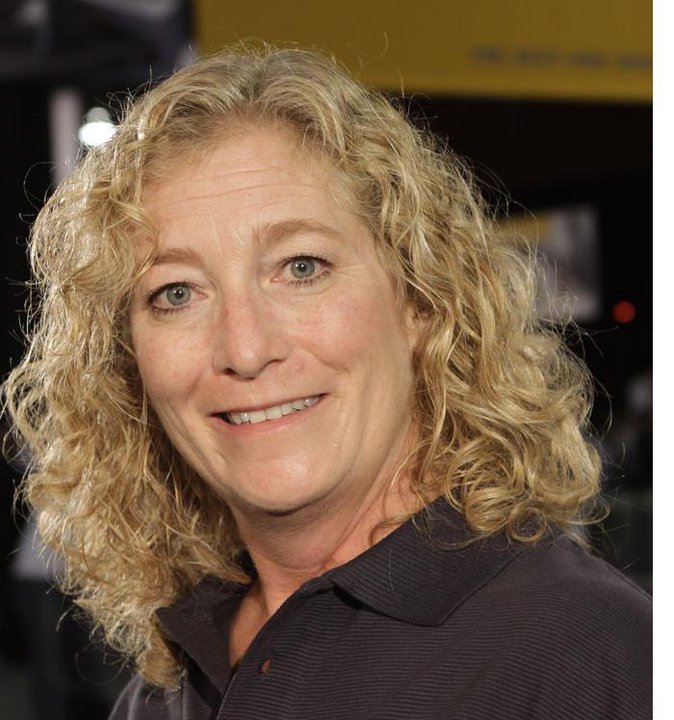 Not even my t-shirts from the first ASUG events that I attended with Sue, have survived the aging processes as vividly as my memories of Sue – such is the impact she makes.  Ditto for the impact she has made on the software itself. We are talking about 15 years of continuous influence here, longer than the retention period of my emails!

Sue’s first presentation, “Plain Sailing”, was about a day in the life of a workflow administrator, in the days when the workflow sea was more like a boiling tempest compared to the mill-pond that it is now. I was inspired by Sue’s calm and confident way of describing how she tacked up one mountainous wave and down another as she made her workflow work wonders for her employer (Massachusetts Institute of Technology – no stranger to software or leading edge ideas). She had us falling off our seats in laughter, and gaping in amazement as she described one achievement after another. For example, how she used the workflow reporting to persuade the Nobel-prize-winning Principals and Deans that not every single purchase requisition needed to go through an n-step approval process – a radical departure from conventional workflow wisdom in those days.
Needless to say, Sue is a keen sailor in her spare time, so I’m sure she’s tamed the lake where her yacht is moored to be as quiet as a tadpole when SHE’s on board.
From joint shopping expeditions, I know she has two sons (they’ve grown out of their cowboy costumes by now) and a husband with his own career path, too. So family life was always important to Sue, and somehow she managed to juggle both family and career in such a way that neither got in the way of her influence on SAP’s software.  In fact, perhaps it’s because of her “mother hen” talents that we all had such a good time at the ASUG events and nobody
(from newbie to alumni) was neglected.
Tip: If you’re new and lost at the 2013 event (it is pretty overwhelming) just say hi to Sue …. She’ll make you at home and steer you in the right direction. 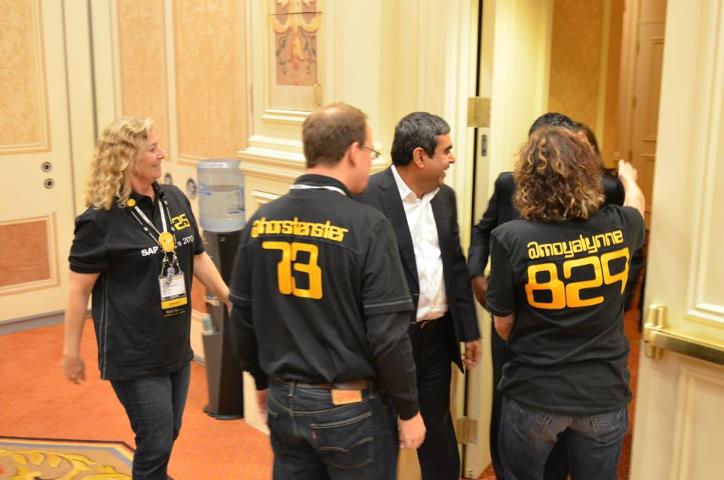 [Sue during a typical ASUG moment]
Talking of influence – Let me slip in some praise for the VNSG (the SAP Dutch user group), assisted by Avelon  and Ralf Goetzinger from SAP,  for initiating Customer Satisfaction improvements in the workflow tool, and for reaching out to Sue to get the innovation jointly supported across user groups. This international collaboration was a bold and successful move – typical of Sue to see an opportunity the instant it arises, and have the patience of a captain to see it through.
<anectdote>… Attending a think-tank meeting near Boston, we were interrupted by a fire-alarm. Minutes later the fire brigade arrived sirens and all.  I think it was the reassuring posture of Sue, that sent the firemen back to the station so quickly that the meeting could continue without skipping a beat..</anectdote>
Sue was an SAP Mentor even before SCN or SDN were born.  Necessity being the mother of invention, this was built on a list-server (email technology) hosted by MIT.  In its peak (before the Web was mature enough to provide an alternative through SCN) there were many hundreds of messages a
week, and her message-based Fire-And-Inspire is a tradition she continues to this day. Confession: I secretly blamed Sue for the days when twitter used to go down under tweet load. Was it @SKEOHAN and the tweets she inspired that caused this?
But tweets and list-servers are transient, so it is with real satisfaction that I can pronounce it a huge win for the SAP customers that she joined the authors of the 2nd edition of the workflow book.  Her tremendous insight and experience as a seasoned administrator and workflow solution expert has been captured in a permanent form. And (my guess) influenced by Sue, the author-revenue is 100% donated to a worthy humanitarian cause (Doctors without Borders).
Historical note: Nevertheless it is Ginger Gatling who takes the full credit for this generous idea… just saying that Sue influenced. 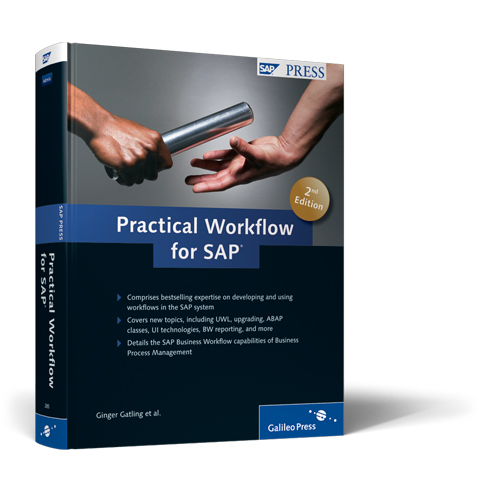 Enough said….if you want a passage through an IT storm… Sue is your captain of choice.

And if you like a good heroic tale, join her in her sessions at ASUG 2013.

Previous Next
Alerting is not available for unauthorized users

Loved all your blog! I knew Sue is The workflow goddess but it was so good of you to reaffirm.

Thanks for contributing to the “Meet the speaker” and revealing a bit more of the extraordinary Sue to those who have not been fortunate to get to know her (yet!)

Now go rock at ASUG! And please remember to share anecdotes, tips and all when you come back 🙂

I should have some more stories after the conference....

Great! I will hold you to that 😀

Such a pleasure to read this story.  Sue does so much!

Not mentioned in your blog but she is one of the most positive forces I've seen on SCN, encouraging and commenting on everyone's blogs.

The SAP Press Workflow book continues to help others too.

Thank you for writing this up.

Yes, Tammy! Thanks for pointing this out.

Sue is one of the most positive forces of nature I've seen on SCN! She's all over the community helping around with practically anything.

Thanks Sue, you are truly inspiring!!

So the ASUG conference is a chance to get to know someone you've only seen in (SCN) print, and also influence her focus 😉

Its a pleasure to know about Susan - The workflow goddess 🙂   virtually, hope someday I can meet her in person, also Tip you provided is a life savoir for the first timer.

Note to first time attendees :- Put it on agenda find Susan  once you reach the venue . 🙂

Tip: If you’re new and lost at the 2013 event (it is pretty overwhelming) just say hi to Sue …. She’ll make you at home and steer you in the right direction.

If you're at ASUG Orlando, Mayuresh, I'm sure you will 🙂

Unfortunately this year I am going to miss ASUG Orlando 🙁 .

Thanks Alan. I am always a fan of Susan.

Thank you Alan, for all the kind (if undeserved) words.

First, let's give the credit where it's due: you and !Jocelyn Dart wrote the original 'workflow bible' - which was/is immeasurably helpful. And gets sole credit for helping us find our passion in updating the book, and in finding the worthy recipient of the authors' proceeds - Ginger has quite a story to share  on that topic - but in the end, Doctors without Borders benefits.  And that's all that counts!

I have been blessed in my mentors in the workflow field (and life too) chiefly YOU, Jocelyn, and Ginger!

And huge kudos to Martijn Wever and the members of the @sap_wit (Tammy Powlas , Ginger, Mike Pokraka and Thorsten Franz) who helped encourage SAP to implement some much-needed enhancements to the SAP WF framework.

Alas, the publishing workflow deadline has expired, so corrections are out of the question! 😉

Mitigation process triggered: Added link to your admirable SAPCC action because there is still time for people to join 🙂   (and I'm still looking for an opportunity for a celebratary drink at ASUG 2013)

There is still time for people to join up - show the love - and support Doctors Without Borders, either by challenging themselves via #sapcc . You don't have to be at ASUG/SAPPHIRE to participate!

Or donating directly at http://events.doctorswithoutborders.org/index.cfm?fuseaction=donorDrive.participant&participantID=1273

Nothing about moral compass works? Incomplete.

Indeed!   I hope to find out from her first-hand later today.

Are you at ASUG?

Thanks for blogging about Susan. It was her only, who encouraged me to start blogging share my worklfow experience within the community. She is truly Workflow Goddess, always keen to help and easily approachable.

One quality which i have observed in her is, she carries such a positive energy that people get motivated.

Have not met her personally. Would love to meet her for sure 🙂

She is one & only inspiration to do Workflow Certification.Even from her only i got to know SAP started again workflow certification exam.

Now i can say Certified Workflow consultant to open world with excellent percentage.I dedicate my all wishes and praises to her.

Thanks the lot workflow Godess. 🙂 🙂