Why SAP’s Stock Price is Still on the Rise 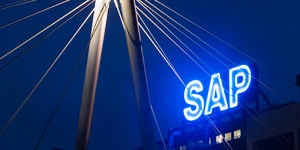 “SAP is a great investment idea as the current stock price of $78.87 is lower than the calculated intrinsic value of $83.56,” research analyst Vinayak Maheswaran said Thursday on Seeking Alpha. “SAP has a strong balance sheet and great revenue numbers over the last five years.”

Maheswaran was encouraged by SAP’s:

“I have always been a firm believer in innovation,” Maheswaran said. “The recent pullback that we have seen in the stock price over the long term is a good opportunity for investors to buy more SAP stock.”

Ten investment banks have a Buy rating on SAP shares, according to Zolmax News, while eight have a Hold, and two rate the stock as a Sell. But there are lots of reasons for SAP investors to be optimistic.

“Everyone else is showing negative growth rates,” SAP co-CEO Jim Hagemann Snabe said on April 19, when the company announced its 13th consecutive quarter of double-digit growth. “We’re winning in the market.”

First off I have no argument with your conclusion. SAP are 100% on the up and up at the moment, they are "on a roll" as the USA people say.

I would just like to say a little about using the stock price as a measure of anything at all.

I am very sad to say that in that time I have come to the reluctant conclusion that a companies share price bears no relation to (a) it's current performance or (b) it's estimated future performance. There are so many people just gambling as if they were on a roulette wheel, buying and selling shares seemingly at random, that share prices go up and down like a yo-yo. The worst culprits are the investment trusts and what have you.

Times without number I have seen a company post a huge increase in profits, better than expected and the share price go down, and vice versa.

I will say that if you invest in a solid company then over a protracted period - 5 to 20 years - you will always come out on top, but the day trading gambling a lot of people do is just that - gambling.

It is exactly the same with currency exchange rates and this can have devastaing consequences, as wehn George Soros played a gambling game which made him huge billions and cost the UK government that same billions of pounds and knocked them out of the exchange rate mechanism in place in the European Union at that time.

Ben Elton once mentioned that at the end of the news you get the movements of the main stock exchanges in the world e.g. Down Jones goes up 1%, FTSE goes down 2%, and then an item on how some Pandas at the zoo are doing making baby Pandas. The question is, which of those two news items are more meaningful?

You're absolutely right about past performance not being an indicator of future performance. That was practically a mantra during one of my economics courses in graduate school.

Further, share prices are by no means the perfect market metric. For that matter, neither are the S&P 500, Dow Jones Industrial Average or any other index.

On one hand, solid companies' share prices can certainly get unfairly hammered on the stock market because they miss analysts' predictions, run afoul of market sentiment or any number of other arbitrary occurrences. On the other, stocks are integral parts of investment portfolios, pension funds and executive compensation.