Pervasive Analytics with SAP Business One, version for SAP HANA – Dashboards for Dummies?

Now that we have a good cross-section of data in our deployment of SAP Business One, version for SAP HANA, I figured it was time to start building some analytics to get the big picture from the data and also to start getting a picture of the trends in the business that could help our Channel Sales Managers and Regional Leaders run the business better.

As you probably know, with SAP Business One, there are multiple options to get this done…SAP Crystal Dashboard Design, SAP Visual Intelligence, SAP BI OnDemand or of course, there’s the new Pervasive Analytics that the development team have built directly in to the solution.

I figured that the easiest place to start would be to take a look at how usable the Pervasive Analytics functionality is….after all, if its built in to the system, logic would dictate that should be the first choice and the easiest choice for users of the system.

And I was right – wow! If you know how to build a query in SAP Business One already, four more clicks and you have a dashboard running from that query.

Heres an example….I wanted to create a dashboard that would enable anyone to get a view of the current pipeline and then narrow it down based on a number of values such as territory, expected close date of the opportunity, channel partner and so on.

So as step one I created a query that pulls all the core data that our users specified that they need to see and filter on….including a number of the user defined fields that we have set up to manage our forecasting process. 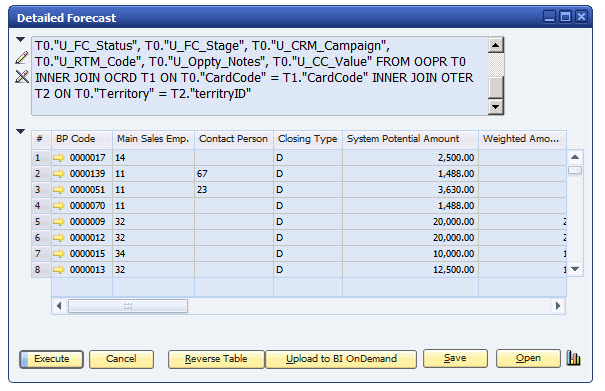 Step 2 – Set the Security of the Data

The next step was to allocate that query to the right security groups via the Query Manager so that only the authorized people could access the data and the subsequent dashboard. 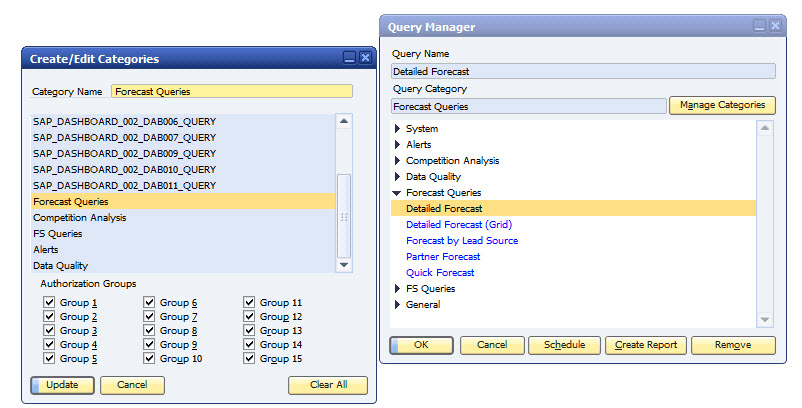 Now that’s done all that’s left to do is to design and publish the dashboard….of course, you’re thinking – that’s where the complexity kicks in.

I decided I wanted to provide a count of the opportunities by country in a pie chart so what to do next?

You simply go to Tools, Dashboard Designer and you get the dashboard design “wizard” – 3 selections and you’re done

i.     Choose the source Query

ii.     Map the dashboard style and measures/dimensions from the query 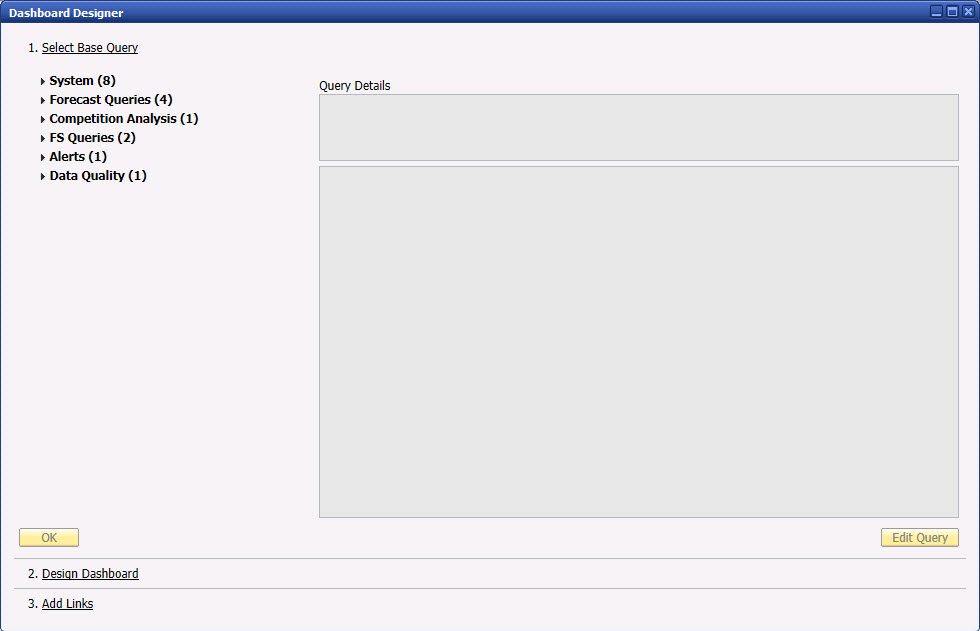 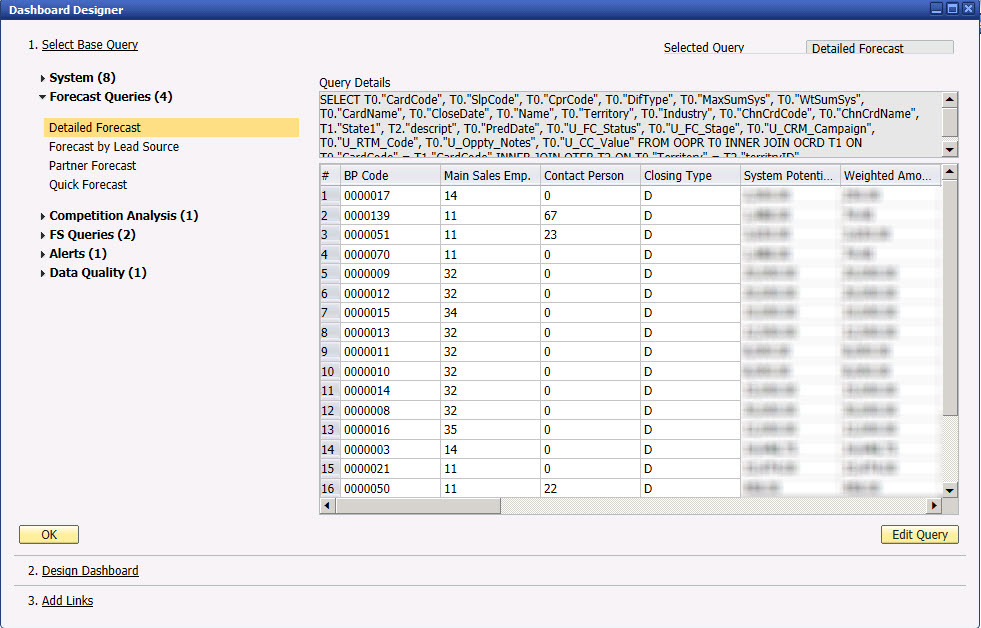 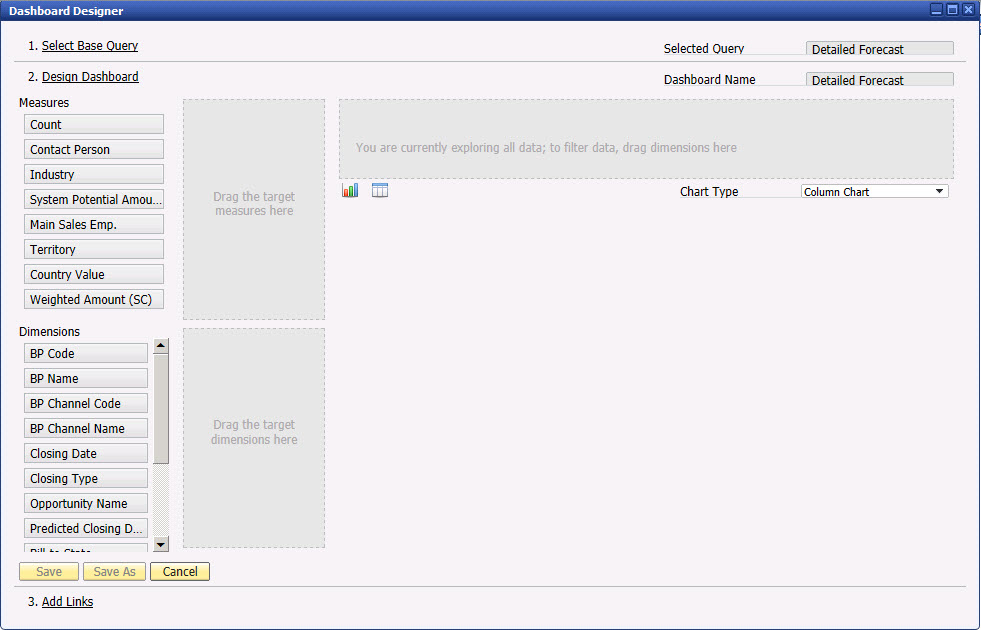 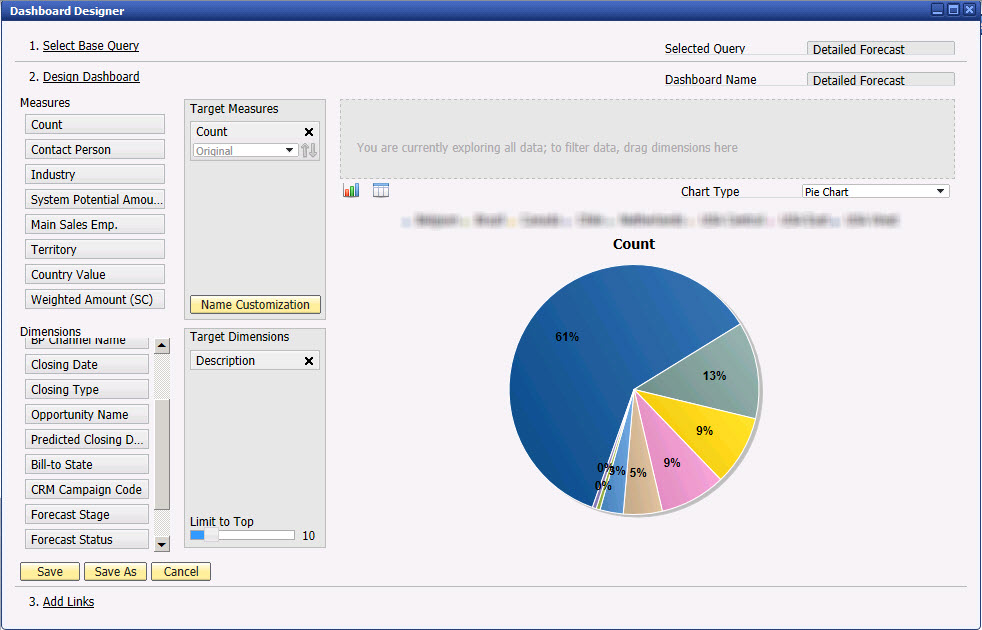 Step 4 – Publish the Dashboard in to a Cockpit

So now I just open the Cockpit I want…in this case I used my standard Sales Cockpit, add a Dashboard widget and then select this new dashboard and I am done! 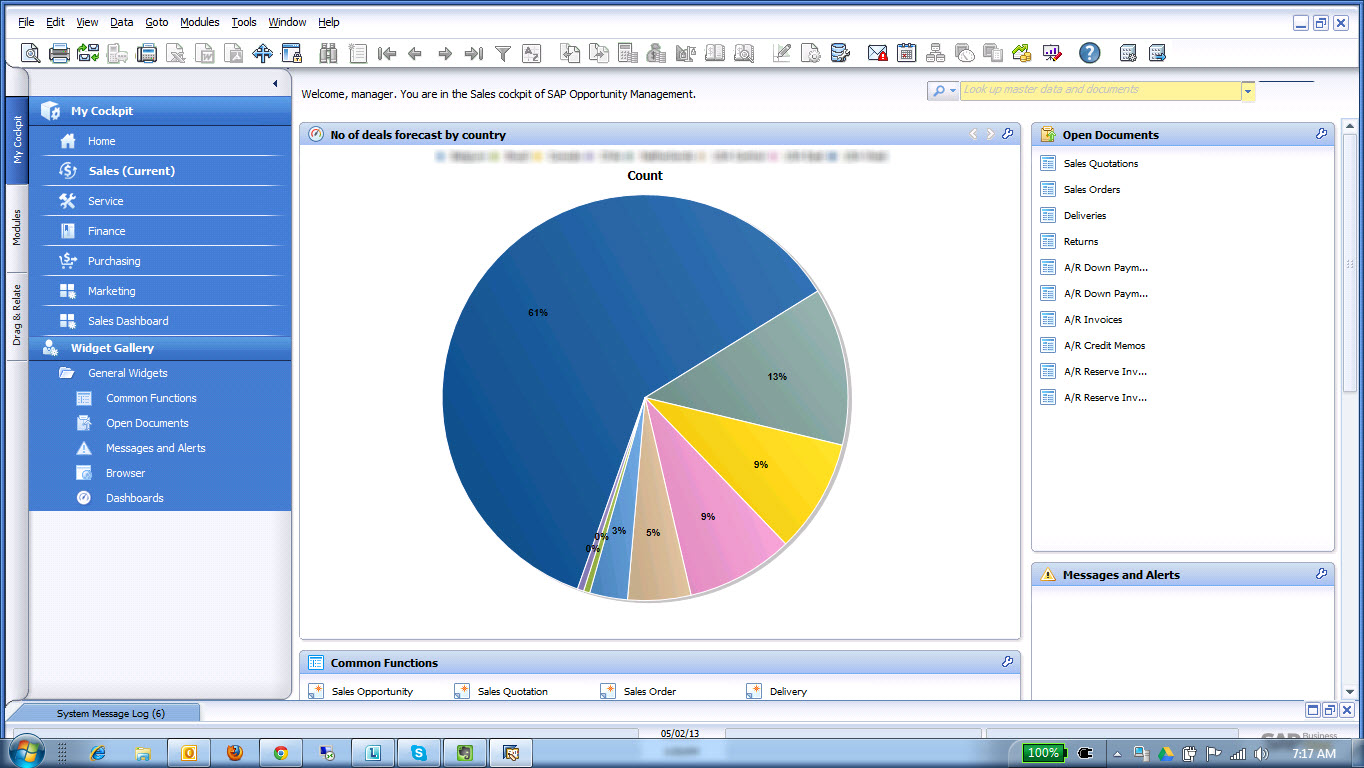 That’s it…a simple and easy way to visualize you data quickly…all up from start to finish…4 minutes from concept to delivery….that’s what SAP Business One is all about…. speed and simplicity.

In my next post i am going to take the same data and schedule it to publish up to SAP BI OnDemand and build a dashboard with multiple widgets in it and then publish it out to the iPad.

Great explaination of how thedashboard is easy to make in SAP Business One for SAP HANA. Shows the strong analytics possible with the software.

I have a problem using CASE function in the QUERY. When I use a CASE, Analytics shows:

Error: Cannot retrieve measures or dimensions; ensure that the base data source is correct