If one user just created the object, then it is possible to take over that object by another user as long as it is inactive version of the object. This concept is called as “Take Over” or “Switch Ownership“. The difference between these two is:

Take Over: To take single inactive object from another workspace.

Switch Ownership: To take single or multiple inactive objects from other users.

In this blog we will have a look on Switch Ownership (version SPS 05 Revision 47).

For simplicity we assume that there are two users (USER1 , USER2) working on two tables (EMPLOYEE, DEPT) on which Analytic view is based on schema “SRK” and both the users have the same privileges but USER1 developing views in system (HAN(USER1)) and USER2 in system (HAN(USER2)).

1.There should be at-least two Systems 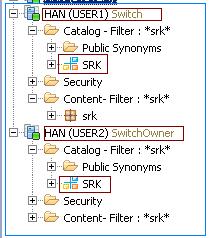 2. One extra privilege is required by the user who is taking over the object (will be mentioned in the below subsequent step).

1. First let us create the inactive object (by the user USER1)- Analytic view (AN_EMP_DEPT). So switch to system (HAN(USER1)) from the Quick Launch and click “Select System” 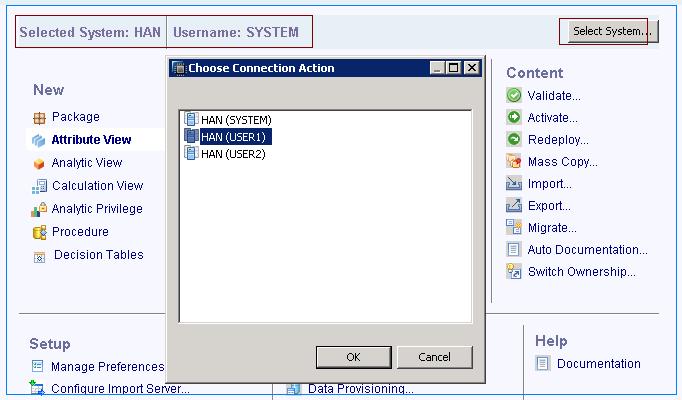 2. Create Analytic view from the system (HAN(USER1)) as ‘AN_EMP_DEPT’ by using the tables ‘EMPLOYEE’ and ‘DEPT’ from the schema ‘SRK’ in package ‘srk’ and just click “Save and Validate” but do not click Activate.

3. Close the view window and we can now see the inactive object of Analytic view. 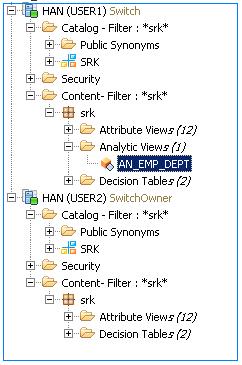 4. Now this object is ready to take over by other user (USER2). Change the System to HAN(USER2) from the Quick Launch menu as shown in Step 1.

5. Now click ‘Switch Ownership’ and we will get error, as the USER2 does not have the privilege to work in a foreign workspace as shown below. 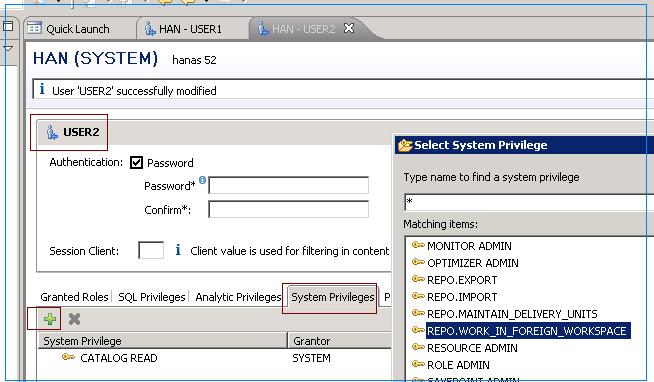 6. Back to Quick Launch menu, make sure the system is HAN(USER1), and click ‘Switch Ownership’. This time we will  see a window and in Source User select ‘User1’ 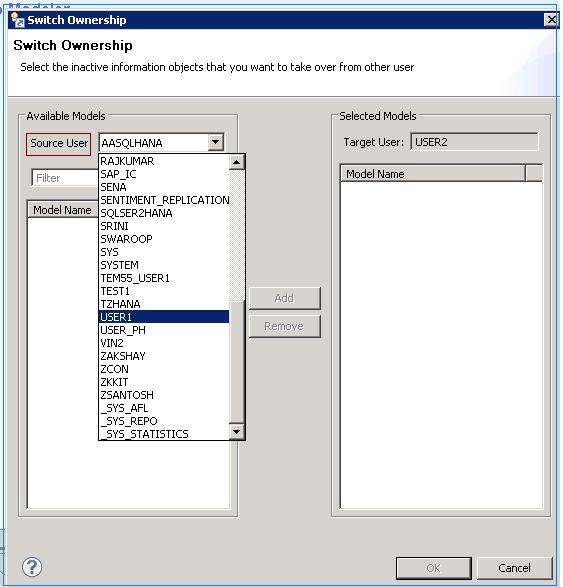 7. It will now display all the Inactive objects owned by USER1. We can select all or selected objects. In this case we will select only our Inactive object (AN_EMP_DEPT) and click Add and it comes into Target user USER2 and click ok. 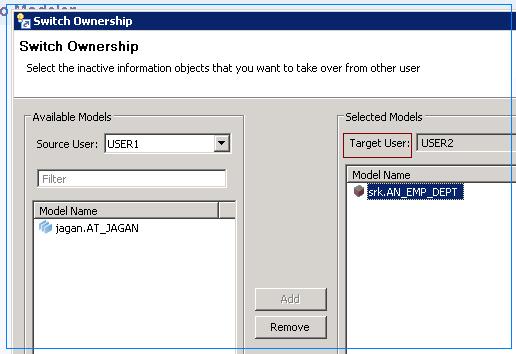 8. Switch ownership job will run and upon successful completion, refresh both the systems and the inactive object is now move to system HAN(USER2) from HAN(USER1). 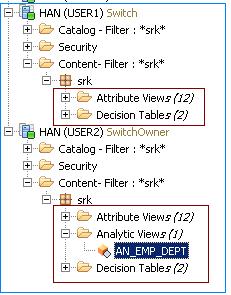 9. ‘Save and Validate‘ our analytic view and now ‘Activate‘ the analytic view. Upon successful completion of job, it becomes an active version. Now you can do Data preview to see the data.

11. It copies the active version of the object and places back in the package of the user USER1. 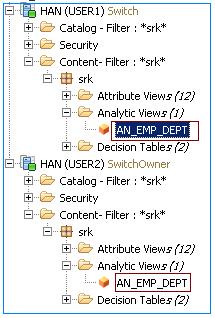 Finally we are done with taking over of inactive version, do changes if required, save and validate, activate and then Switch version to copy back to its original user 😕 . That’s all 🙂

good stuff for all the people who are working on sap HANA...thx raj..

As usaual good blog form you raj. Thank you

Nice explanation. Still have some questions/clarifications.

Each user has its own work space on his local machine.

Difference between the two: