Automation of SAP Business One with the help of the SDK can be quite simple, but for a lot of not-full-time developers (that means mostly customers wanting to build their own functionality and such), it seems to be quite a nightmare. Judging from a lot of the questions I see on the forum anyway.

What makes it so difficult ?

(In my humble opinion) A simple misconception. Most DIY (Do It Yourself) programmers mistakenly believe that any and all automation must happen inside the SAP Business One client.

Now, as most professional developers will attest, the SAP Business One graphical user interface, is a thing to behold. Not in awe, but in horrified disbelief. It is for this reason that all kinds of tools have been developed to help create new forms and/or controls, and to turn all that goodness into so-called addons.

But once our DIY programmer’s initial excitement has died down a little, he/she finds that  getting such tools to work properly, and work with them, requires a serious learning curve of its own, and possibly investment in expensive and/or older third party software.

My point is, instead of automating business processes, our intrepid DIY programmer ends up spending an inordinate amount of time just getting the Business One GUI to behave.

Let me give you a list of minimum requirements:

Sit down, take a deep breath, and think again about what it is that you actually require:

Here is an example. A screenshot of our warehouse control application. Top-left: orders that are being picked (using a web application run on PDAs, by the way). Bottom: open orders to be picked, and select-commit functionality. Right-top: statistics. How many open orders, and how many being picked, and the same for order rows. Middle-front: a separate window (shows when clicking an order number in the grid) showing a certain order’s relevant row details , including relevant user fields from the item master data. This window also controls a Siemens warehouse track logic. 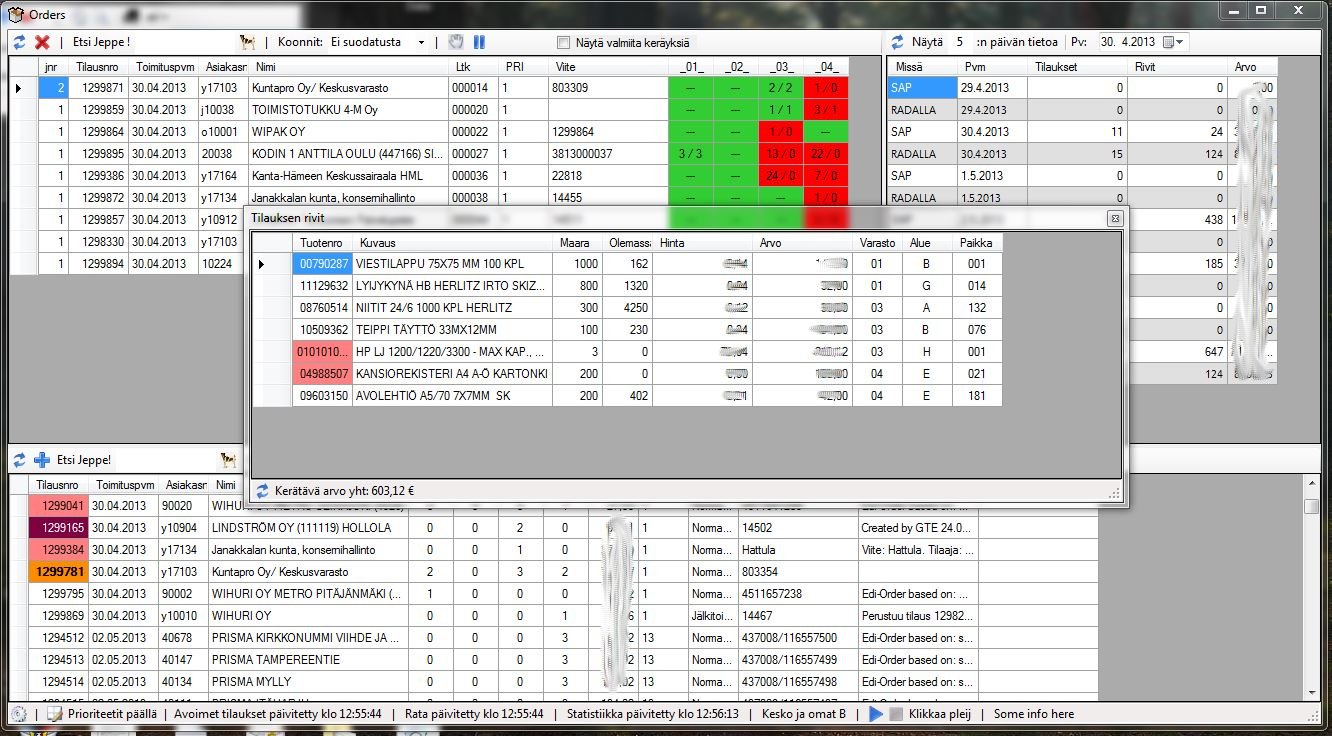 Sorry if this sounds like I am patting myself on the back, although I do that gladly, it is not the purpose in this case.

My point is this: this window including all its functionality cost me roughly 80 hours to build (in between my other IT tasks). Of that time, 90 percent went into business logic, and track control, and maybe 10 percent into the GUI.

Point being, even though a professional software developer could probably program it faster, he/she could not get a 90% / 10% division of effort, if realized in the B1 client.

I hope this blog will save some of you from the perils of in-client automation and the self-chastisement that is developing with the UI API.