We saw last time how to use social media to improve sales and how to prepare for tomorrow’s Big Data demands. Now we see how Hollywood uses social media and Big Data to improve ticket sales. We also review SAP’s Q1 results, U.S. census data and best practices for managing software releases. 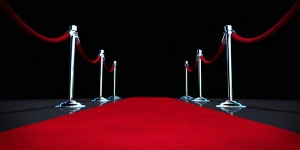 The film industry uses Big Data gathered from Twitter, Facebook and elsewhere to make real-time decisions about advertisements shown to viewers before a movie starts, according to Saswato Das. Sentiment, demographics and geography are all part of marketers’ tech-savvy approach to promoting and distributing Tinseltown’s latest cinematic and DVD releases.

No. 2: VIDEO: ‘A Radical Transformation’ in IT Buoys SAP’s Q1 Results

SAP Q1 results featured double-digit growth, tripling of HANA revenue and continued innovation, as Derek Klobucher reported. Rapid uptake of ground-breaking technologies, such as HANA and cloud, indicated a sea change in the IT industry’s priorities.

No. 3: Census Data Reveals “Two Americas” within the U.S.

Imagine traveling from one of the wealthiest transit stops in your city to one of the poorest without switching trains. You can do that in New York, according to data from the U.S. Census Bureau. Data analytics also reveals a widening chasm of income inequity nationwide, Derek Klobucher wrote.

No. 4: Positive Persuasion through Peer Pressure

Peer pressure isn’t just for school kids, according to Jonathan Becher. It can be useful for getting adults to pay their taxes, donate to street musicians and even reuse hotel towels.

Managing software releases is an extensive process requiring mastery of six roles, as told by Mark Marcus. These roles and responsibilities provide checks and balances from development to release — and will ultimately lead to higher quality software.