In my article “SAP and mobile powers combined through SAPUI5 and Phonegap” I showed how to create a mobile application with SAPUI5 mobile library and Phonegap. In that article I used SAPUI5 version 1.8.4. The current version of SAPUI5 is 1.10.4. The problem is that when upgrading to this version you will not get the resource folder described in my previous article. I will bellow describe how you can get the resource folder for version 1.10.4. Then you can go back to my previous article and continue to build the mobile application but with the new functionality of SAPUI5 1.10.4.

In Eclipse you open the project of the mobile SAPUI5 application you are building. Then you open the Libraries and “SAPUI5 Core Libraries” as shown in the picture bellow. 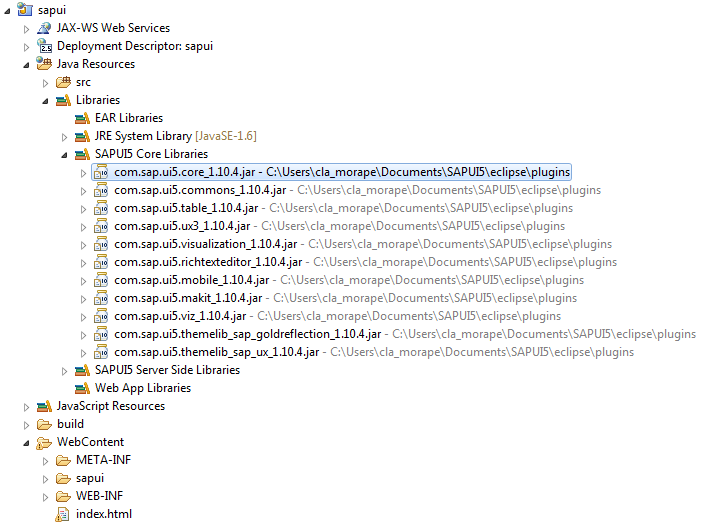 In the picture you see which libraries that are included in your SAPUI5 application. These files have a path in there names, example for me it stands C:\Users\cla_morape\Documents\SAPUI5\eclipse\plugins. Go to that folder.

In the bellow picture I have opened the folder described in step 1. 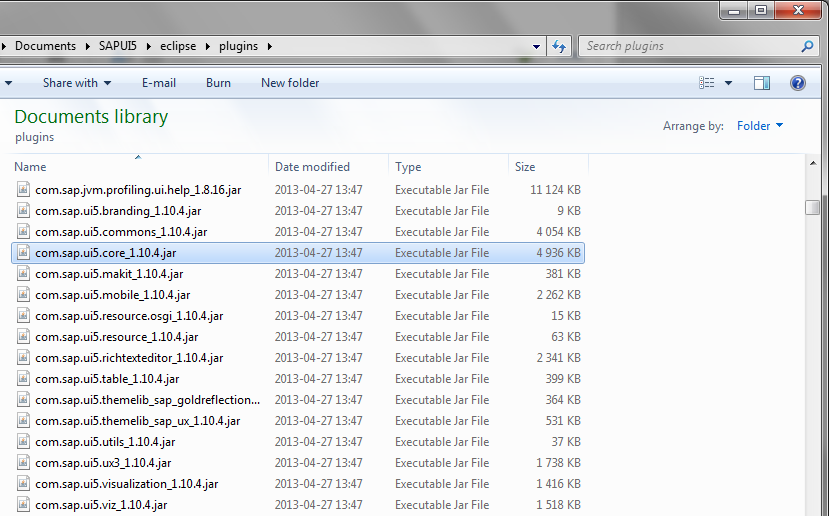 In this folder you copy all the files that is described in “SAPUI5 Core Libraries” in step 1 into a temporary folder. For me it looks like this when I have done it:

You need to have Java SDK installed to extract the content of the jar files.

For example, I typed: 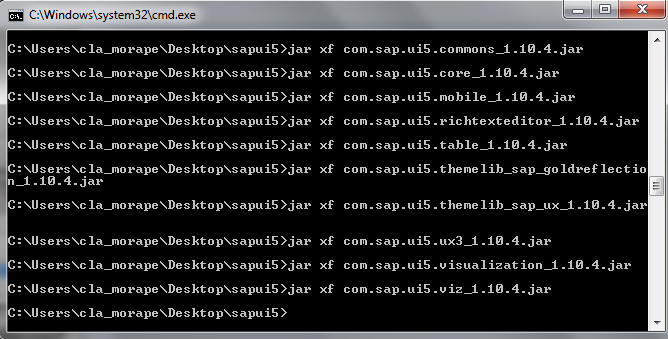 In the temporary folder I now have two new folders: libraries and META-INF.

If the jar command described above don’t work you may need to add the path to the java bin folder to your environmental variables as shown bellow (your path to the Java folder may be different): 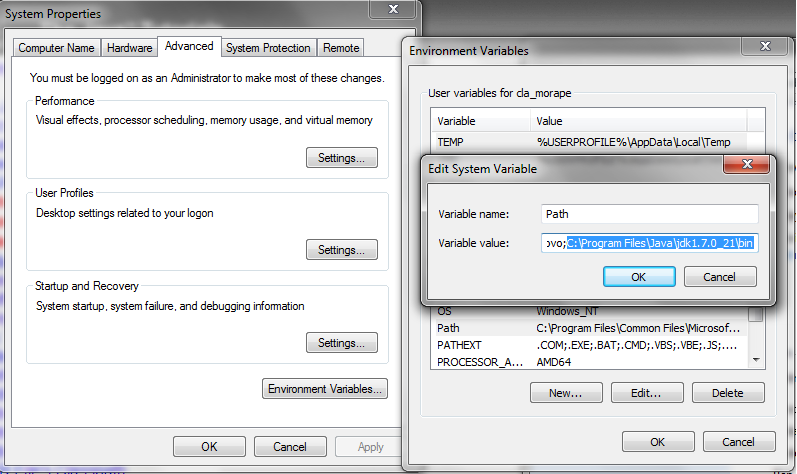 In the temporary folder open the folder META-INF. In that folder you will have a folder called resources. This folder is the one you where looking for! Use this resource folder in my other article “SAP and mobile powers combined through SAPUI5 and Phonegap” and start from the step 2 in that article.

Thanks Shiang Li for notifying me about this issue!