What is new in Predictive Analysis 1.0.10 – ASUG Webcast

Please note the legal disclaimer applies – things shown here are subject to change, and these are my notes.  The available roadmap is service.sap.com/roadmap. 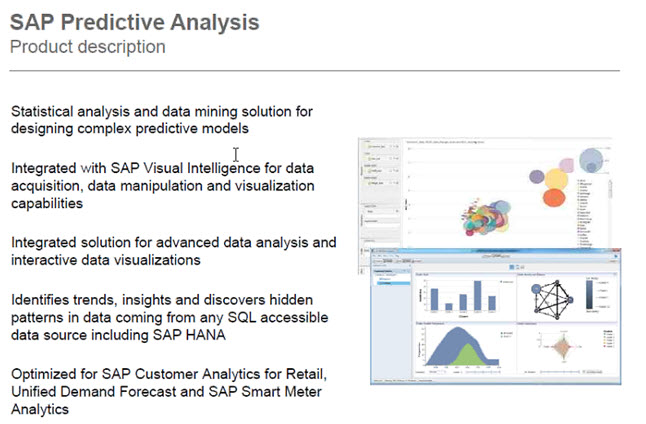 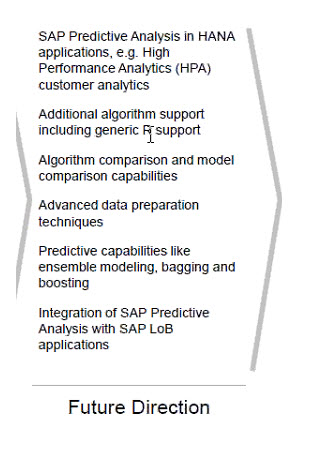 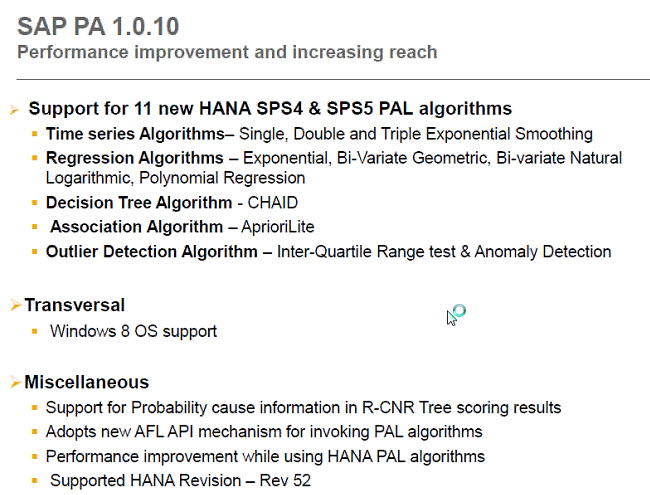 Figure 3 shows new features in 1.0.10, with a planned GA of later this month.

There are over 18 PAL algorithms supported 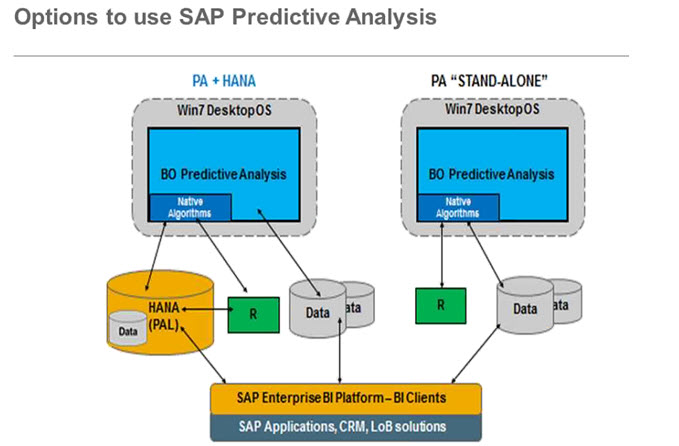 Charles took some time to explain what PAL is as shown in Figure 4.

PAL stands for “predictive analysis library”.  It incorporates data with algorithms so there is no I/O  hit or slow down – you are executing data in memory. 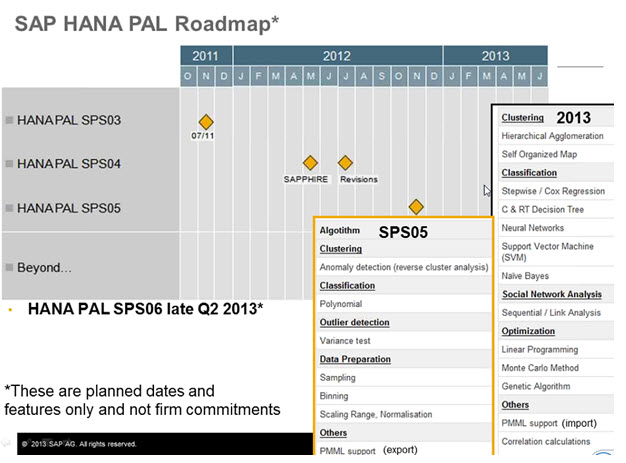 Hana SPS5 has the PAL library

Figure 6 shows executing an R algorithm – this complexity is hidden with the Predictive Analysis Gui. 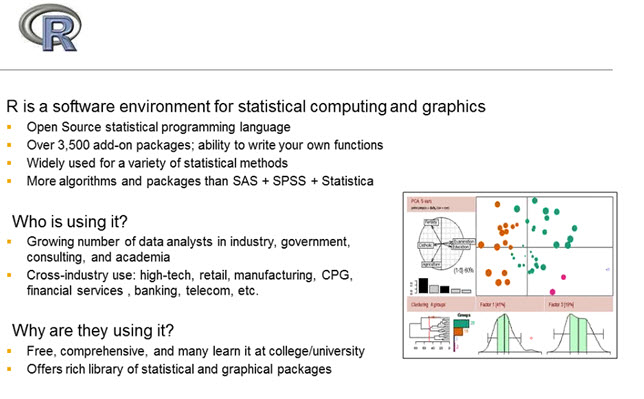 Figure 7 explains what the R language is.  It is open source, it is free.  He said there are now more than 4,200 packages for R. 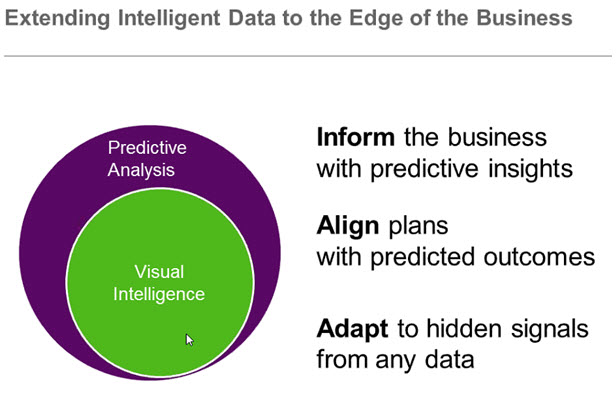 Q: How do we get the demo version of SW?

Q: Is there any idea if/when PA will be able to publish to the BI Launch Pad?

Q: R integration ? how its different when using BO-PA vs. HANA

A: R from Predictive is a gui call while Hana has the PAL R integration. (see his slide) ‑

A: Generic R Gui Interface is in the near roadmap‑

Q: any plans to support to view them in Mobile?

A: Yes, to publish to Explorer using an Infospace or eview‑

Q: If we have both VI and PA currently deloyed do we have to reinstall because of the platform merge that was mentioned?

A: Yes, that is true.  The problem is the current install of VI standalone would need to be removed, reinstall predictive since is provides both together.‑

A: Yes, R visualization does come back in PA ‑

Q: Can analysis executions be scheduled to run and push data through a model and then back out for reporting through WebI or other tools?

A: Yes, using a stored procedure on database, schedule when you want and then have WebI report to pull off data base and push report out that way.  Will have a scheduler built in the tool (Q3 planned) from Gui itself and push to Hana –

You can meet Charles in person where he is co-presenting with customer Lubrizol on Predictive Analysis – How to Build Your Own Crystal Ball.