Above screenshot refers to its referenced structure within in the zipped file.

Below steps depict the creation of necessary objects in ESR:
Step 1: First create the Orphan substructures which doesn’t have any referenced structure.
Create an external definition   : “VendorUpdate_entityKey” While importing the XSD substructure, ensure you give the imported file name in the “Source” field.
Step2: Now create the parent /referenced object   “VendorUpdate_entityKeyList” as shown below: 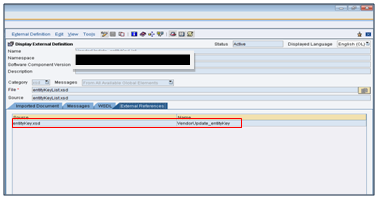 Note: As, we need this XSD to be referred in the main document, copy the file name under “Source” 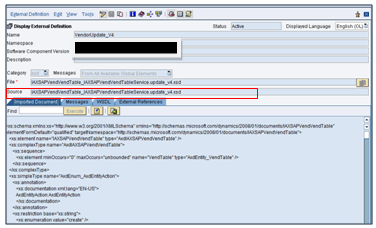 The referenced XSD substructures are referred in the below screenshot. 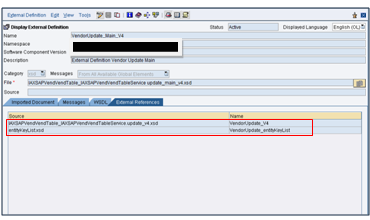 Now we can view the referenced structures and their corresponding fields below. 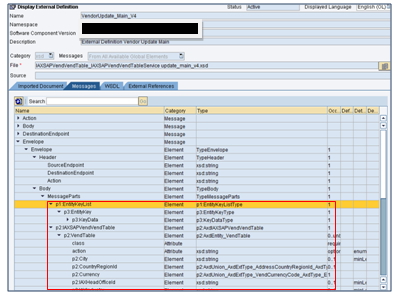 All the corresponding referenced fields now appear.
Alerting is not available for unauthorized users

There's a way to do the same but through a tool in SAP PI.

I leave you the link.