objects, or joins with the derived one. The major advantage of this concept is that, when you make changes in the core/source universe it get reflected in the Derived . 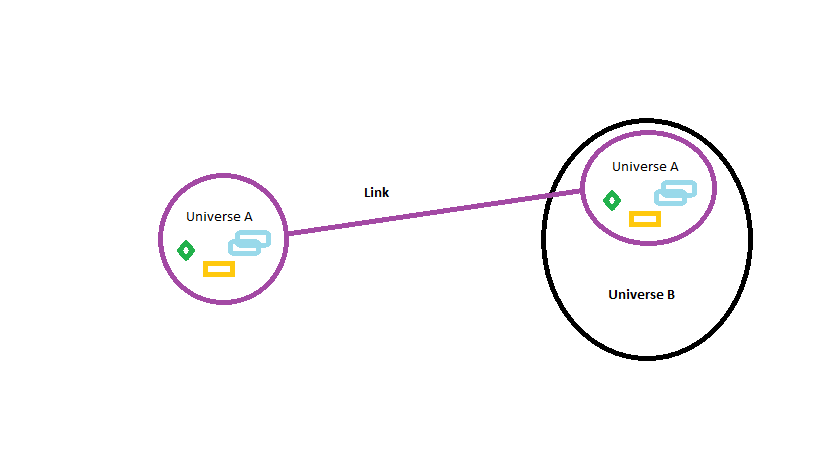 In the above diagram Universe A is the core/ Source  universe and Universe B is the derived universe.

How to create Linked universe Step By Step

Here I am using e-fashion connection as connection for both Core and Derived universe. 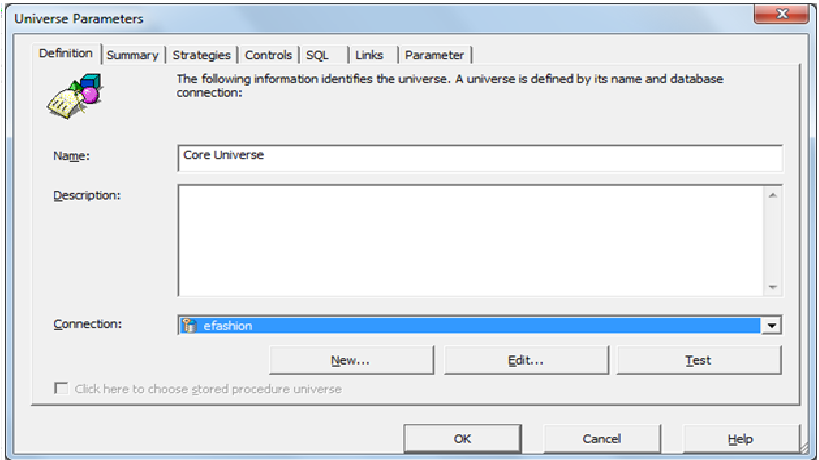 Step 2. Make schema  and define objects and Classes as shown below . 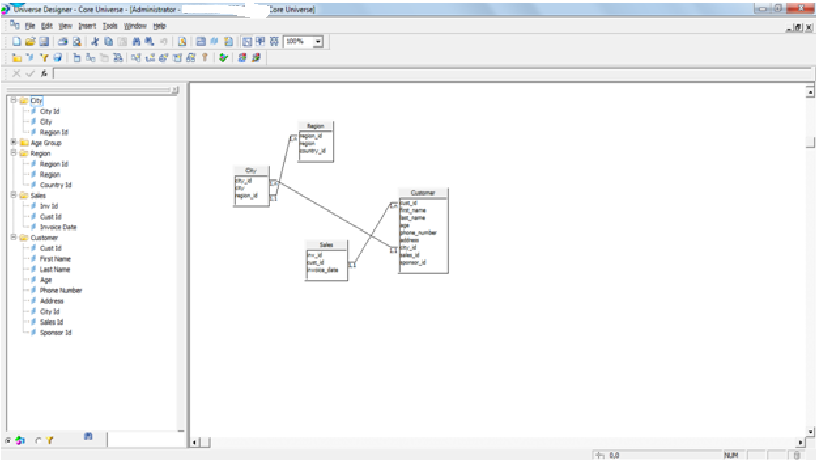 Now save and export the universe to Repository.

Note: Linking of universe is done on repository base universe only.

Step 3. Now we will create a derived universe which will use the core universe created in the previous step.

Imp point to be noted here is 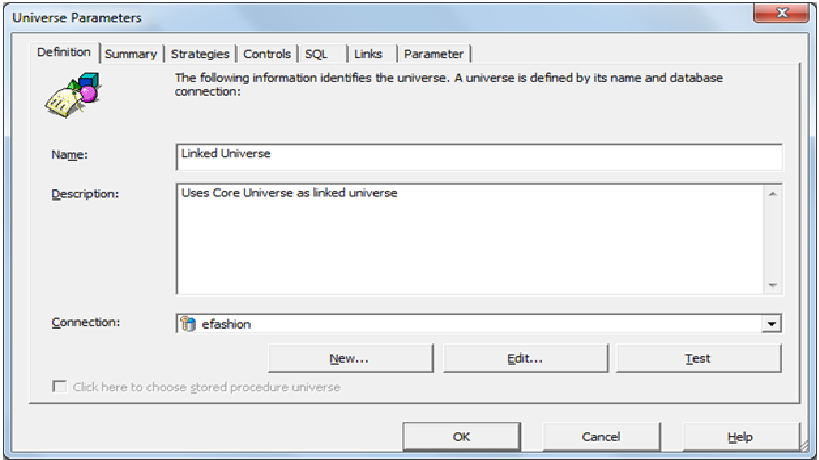 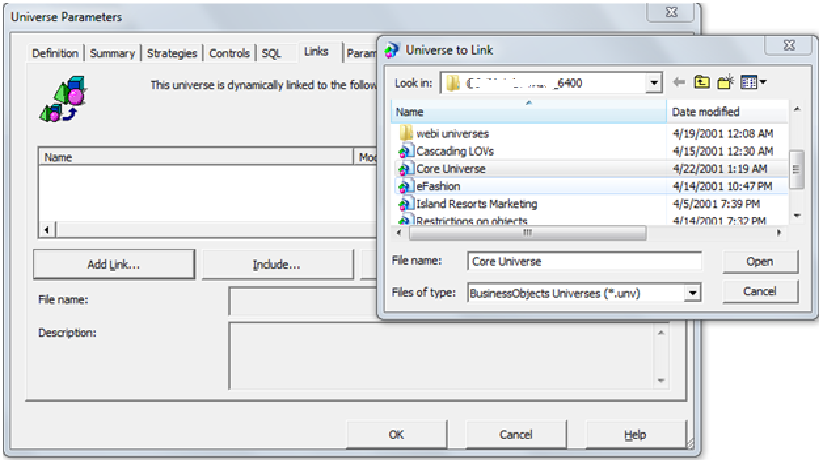 You can see in the below screen the core universe objects , class and schema is available. 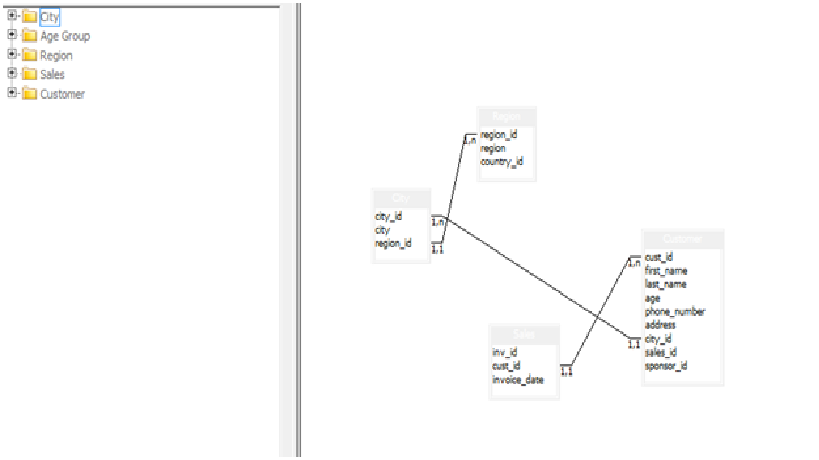 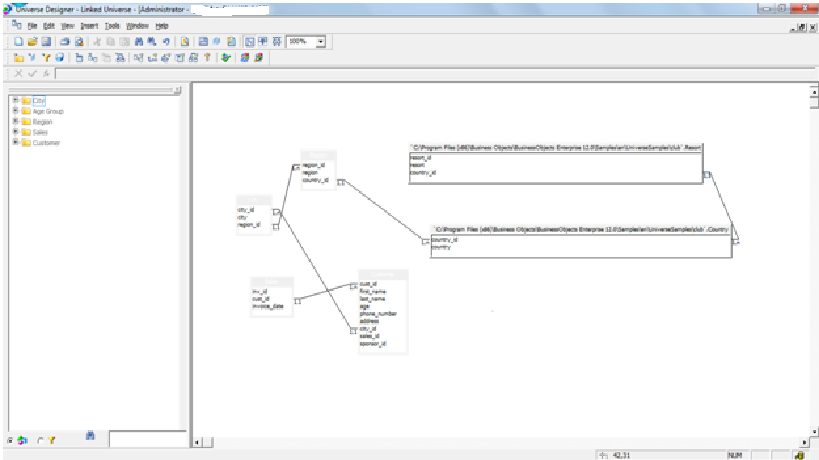 Now you can save and export the Derived universe to the repository .

Including Universe Instead of Linking.

Which means we can copy the structure and objects of the core universe , without having any dependency on it.

It have following advantages.

Steps to Include universe.

Step 1. Follow the same steps as defined above and then go to link tab in the Universe Parameter window. 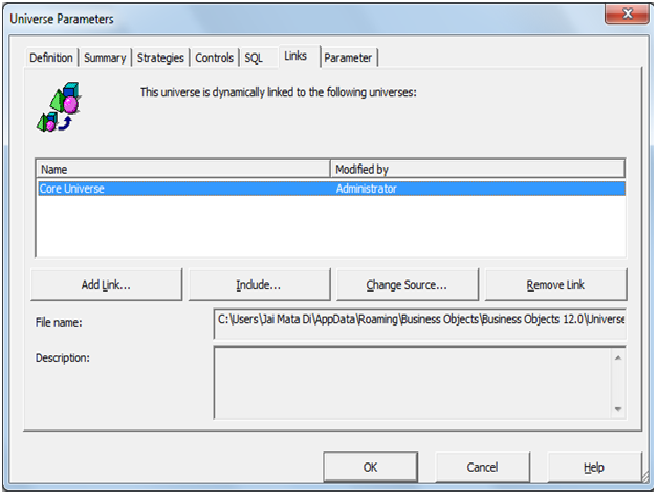 Step 2. Select the universe you want to include and press Include…

The linked universe will be copied into the derived one and link will be removed . 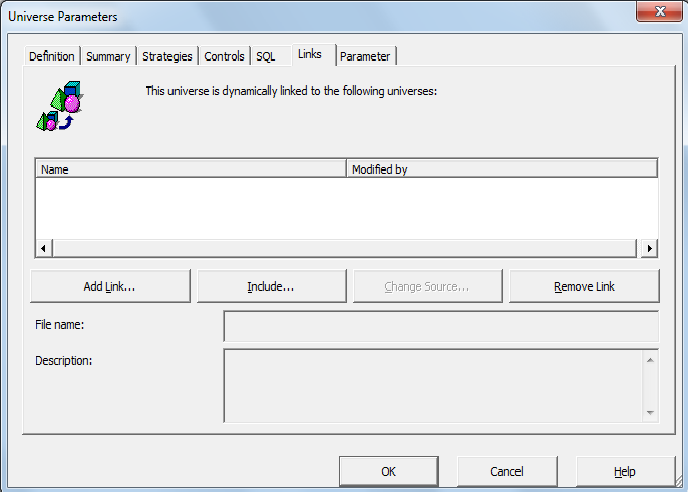 Step 3. You can see that schema and objects included from the core universe are now in solid color and hence can be edited . 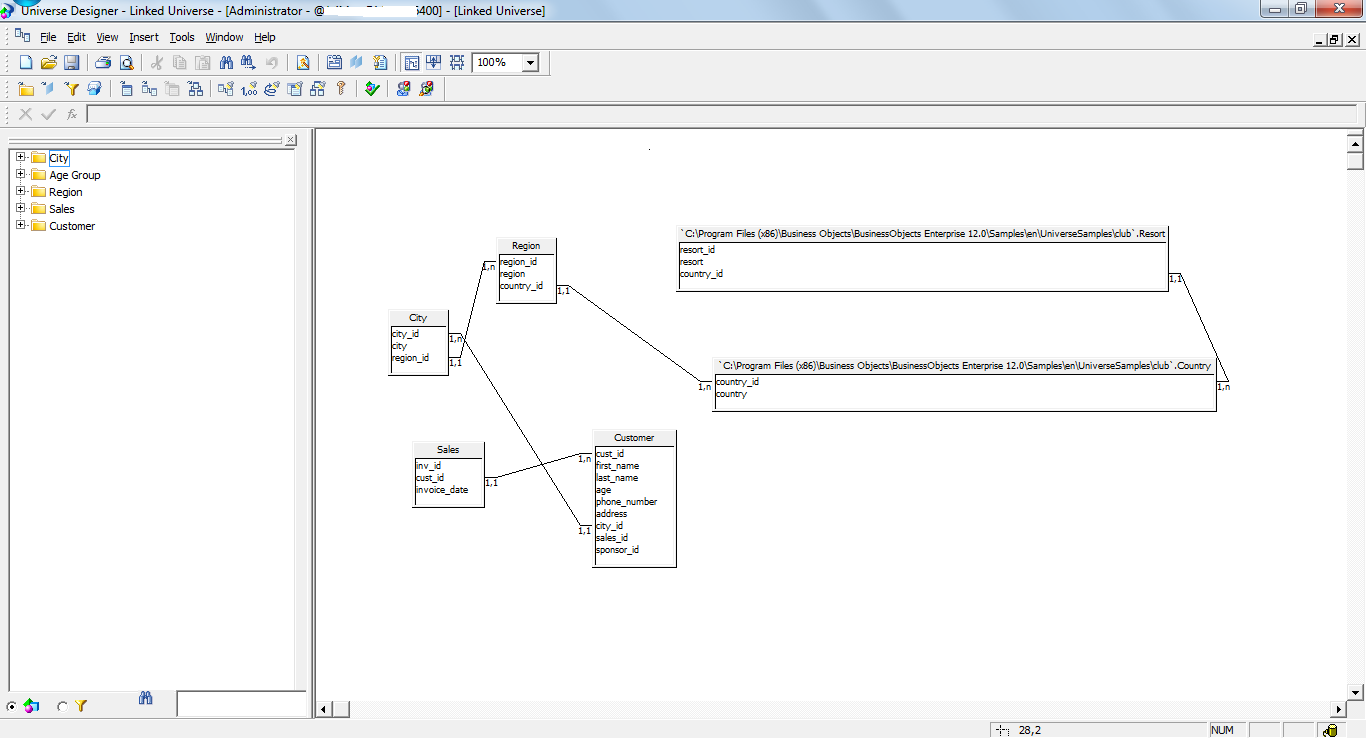 The include concept can depicted with modified version of the figure 1 in this Document. as follows 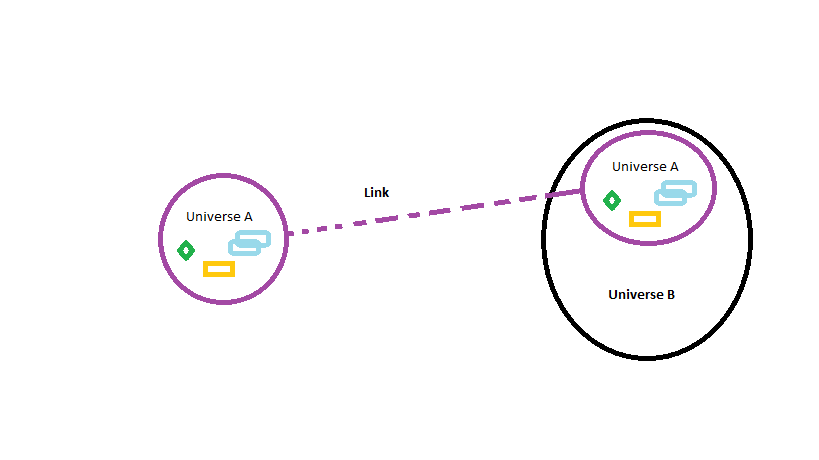 The dotted line represent that link is broken when Universe is Included in Derived Universe B.