Integration conflicts are reported between two versions of a resource automatically by the DTR if the version being integrated as a part of the activity is neither a predecessor nor a successor of the currently active version of the resource in the workspace.

In the current scenario there are two tracks in the lanscape.

Checking for conflicts in DTR.

Logon to the DTR with  theuser id which has admin credentials and on the right most corner there will be symbol for conflict search.

The open conflicts in the selected workspace are shown beow.

Procedure to resolve the conflicts.

Open the  NWDS. Logon to the track (the track with the conflicts) with the logon credentials.

Open the view integration conflicts.  In this view we will be able to see the conflicting files in red under each DC. 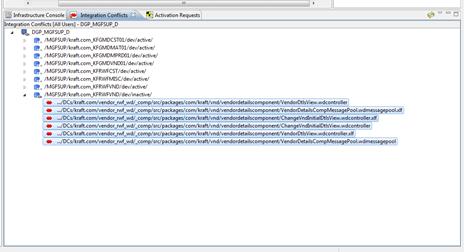 To resolve a conflict we have to select the conflicts from inactive DC and right click. Then from the context menu select resolve conflict à choose one of the following options. 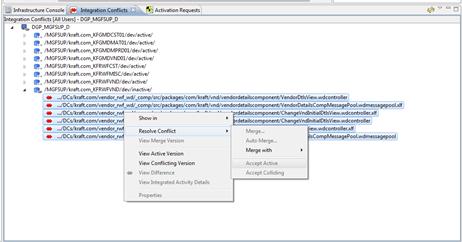 In the current process we select accept the active version. 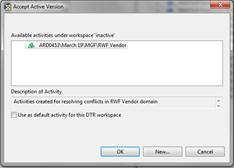 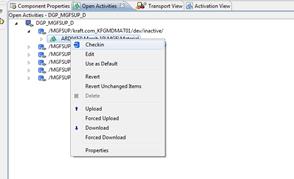 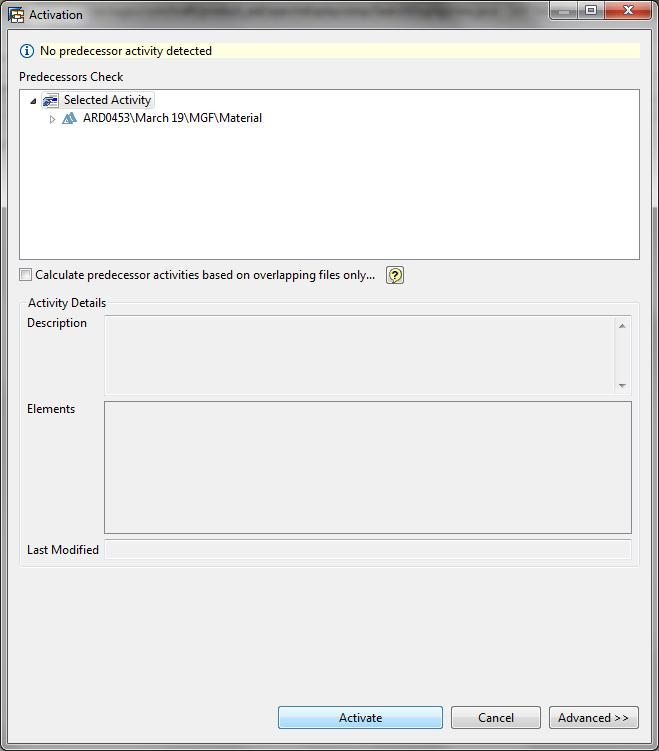 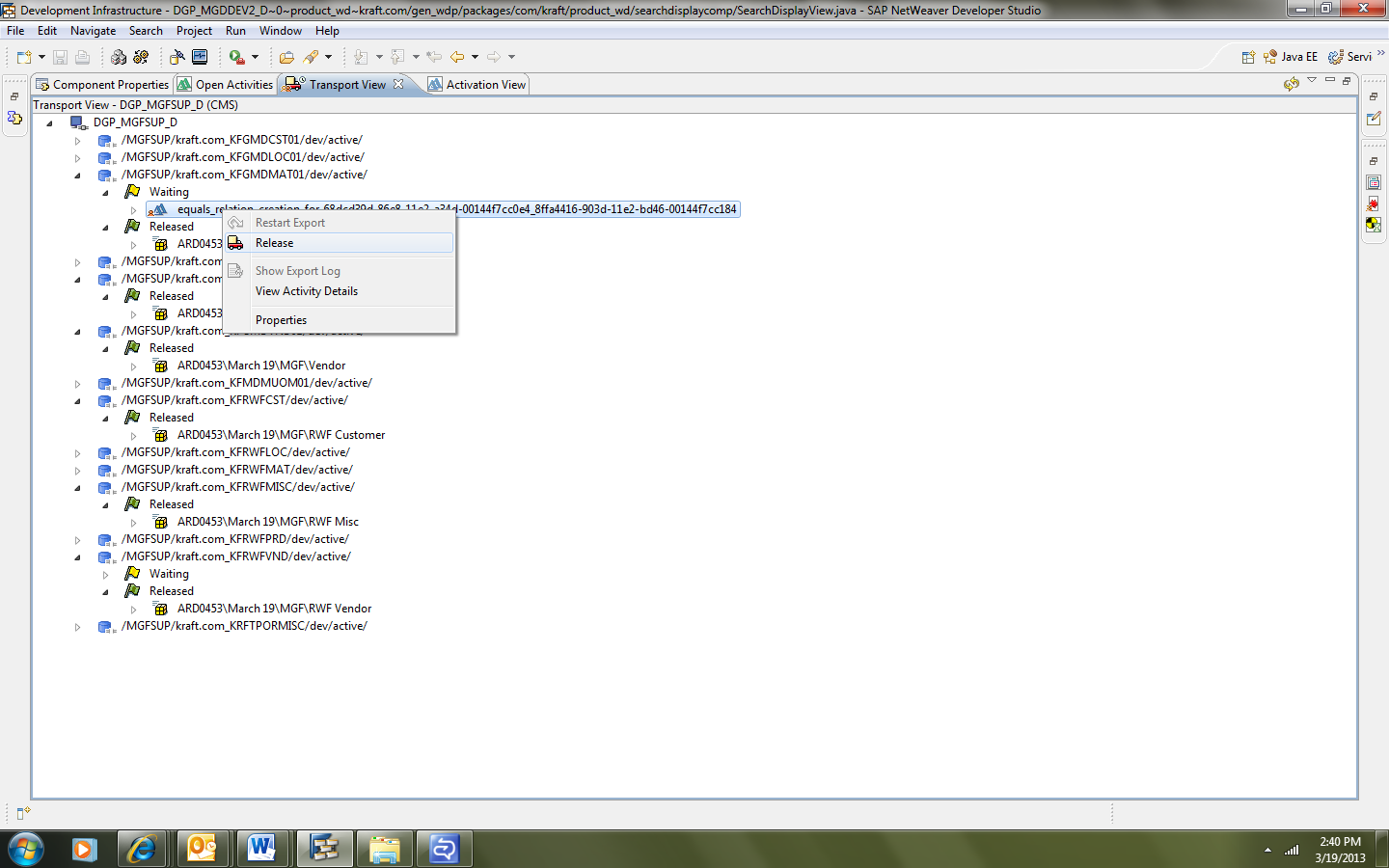 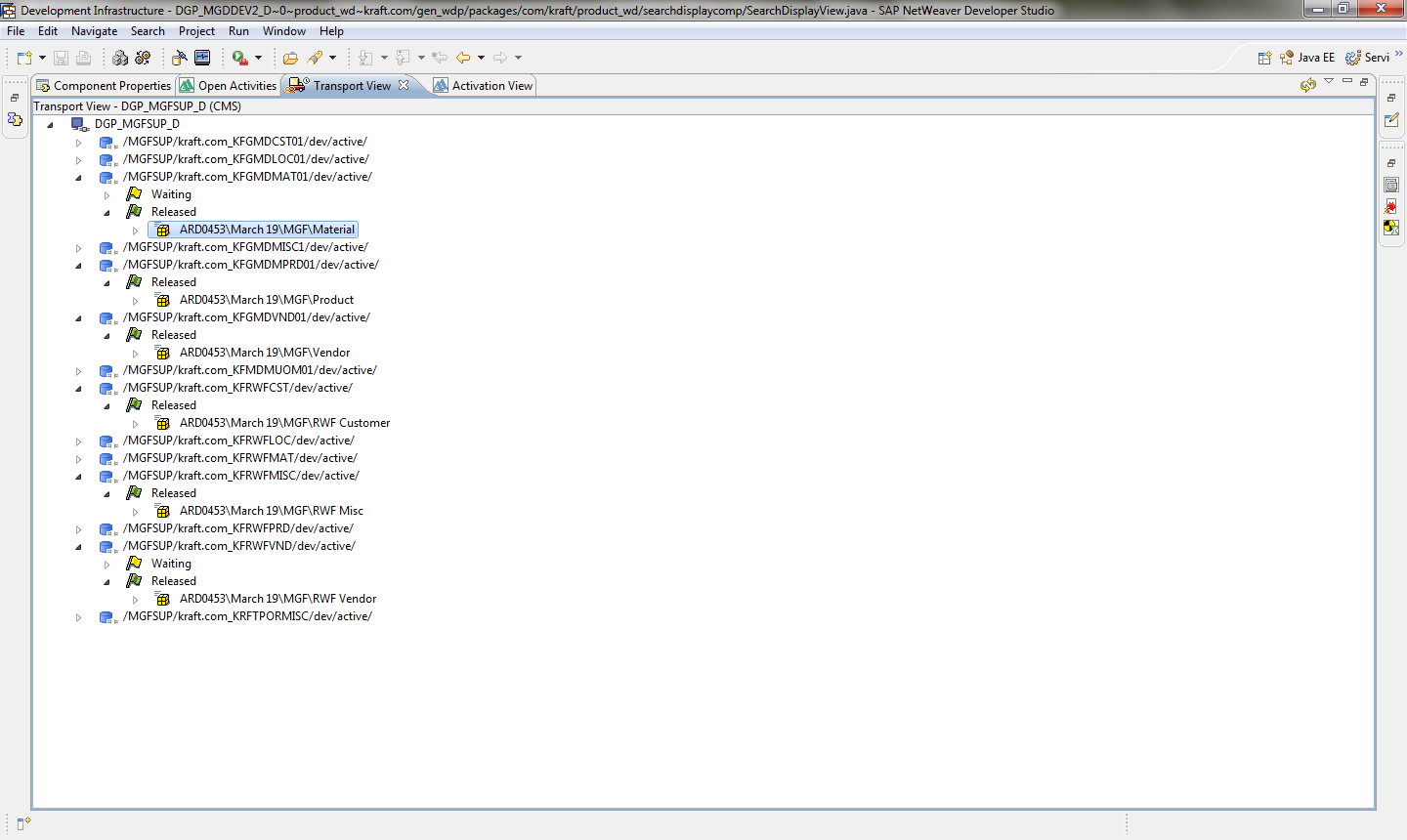 Once the activities are realeased, there will be no more conflicts in the integrations conflicts view. 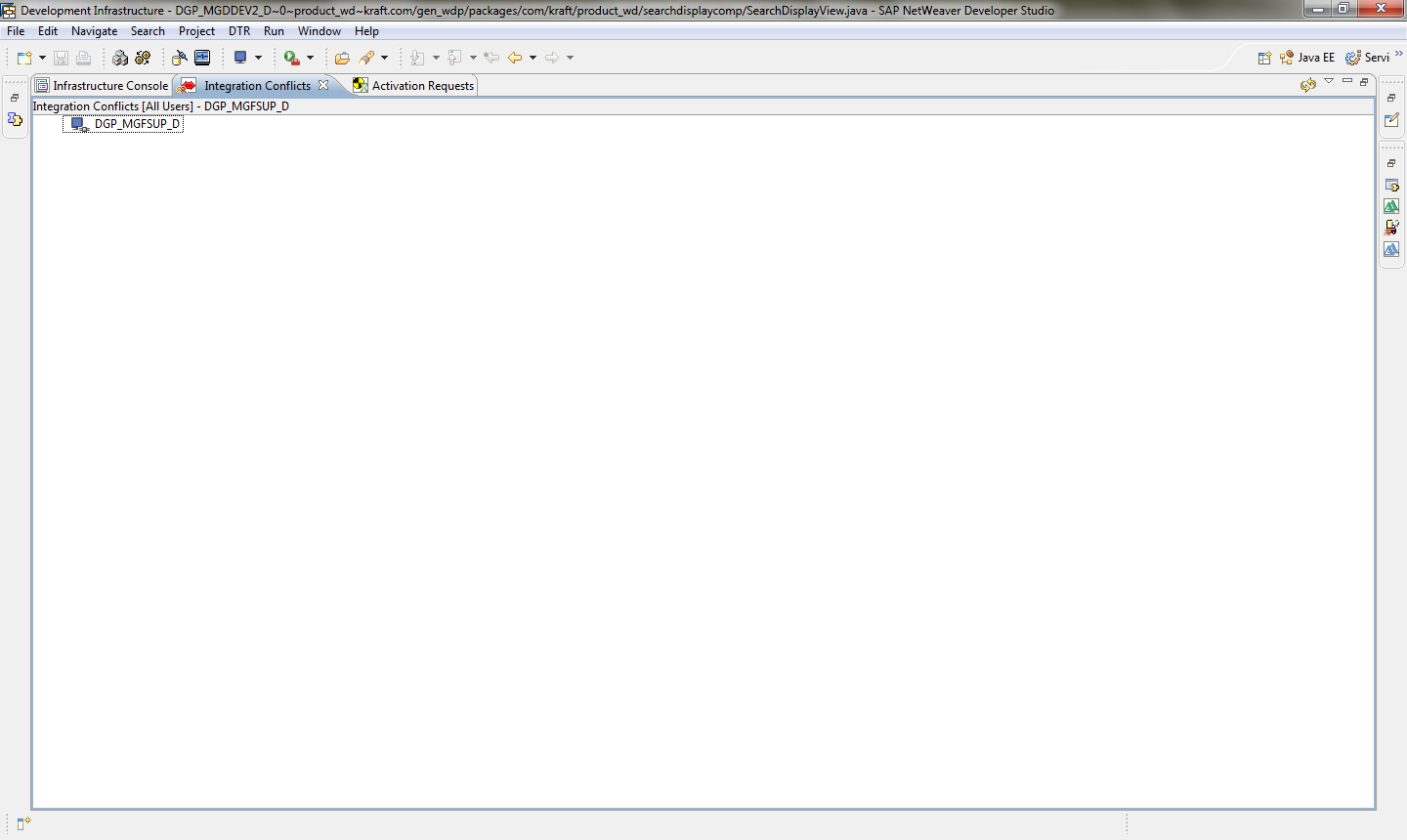