The Beat Goes On: How Vinyl Records are Making a Comeback

Remember when Tower Records filed for bankruptcy for the second time in 2006? The media-at-large pointed to “industry changes” as the reason for the record superstore’s demise. The newfound convenience of digital downloading, they reckoned, marked the beginning of the end for traditional music retailers. But according to Michael Kurtz, co-founder of Record Store Day, nothing could be further from the truth. 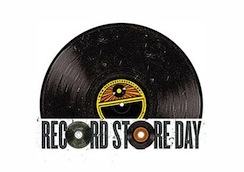 Kurtz said the media’s non-stop coverage about the “dismal state” of the music industry was a misnomer. ‘That wasn’t the independent record store experience at all,” he said. “We were opening stores and having a great time.”

In an effort to mitigate the backlash, Kurtz helped form a think tank called “Noise in the Basement” which mobilized a bunch of record-store owners. The group liked the idea of Free Comic Book Day whereby publishers produce special editions exclusively for comic book stores. “We thought it made sense to try something like that with music,” said Kurtz.

Kurtz decided to sell the the idea of Record Store Day, designed to celebrate the culture of music by offering special edition vinyl records, CD’s and other items that are only available at participating retailers. It was not an easy sell at first. Many stores he approached thought the name was inaccurate, since many record stores also sell video games, books, apparel and more. Kurtz was also challenged with seeking participation from popular artists like Metallica who, until recently, were signed to Warner Music Group (an SAP customer). Metallica loved the idea and officially kicked off Record Store Day at Rasputin Music in on April 19, 2008. Warner and a few other labels agreed to release 10 different records, worth about $35,000.

Today, that number has grown to $7 million, making Record Store Day a bit of an industry phenomenon. This is the one day that all of the independently owned record stores come together with artists to celebrate the art of music. Special vinyl and CD releases and various promotional products are made exclusively for the day and hundreds of artists in the United States and in various countries across the globe make special appearances and performances. Festivities include performances, cook-outs, body painting, meet and greets with artists, parades, djs spinning records and more. Record Store Day’s impact on vinyl records cannot be denied.

“Vinyl manufacturing plants are bursting at the seams,” said Kurtz. “We took a nascent industry – vinyl – breathed life into it and now we can’t even handle the amount of business we are creating.”

The success of Record Store Day turns a lot of things on its head. The notion that everything has to be cheap and convenient – something we are taught over and over again – is thrown out the window. “It’s an anomaly,” as Kurtz puts it. “There’s nothing convenient about going to Record Store Day. It’s like going to a rock festival. Stand in line, hang out with other music fans and hear music all day.”

Philip Anselmo, front man of the multi-platinum metal act Pantera, and now owner of indie record label Housecore Records, can relate to the fact that more people are taking the time to visit record stores. When he was younger, Anslemo used to constantly scour underground record stores and to this day still believes in the vinyl format. “Record Store Day promotes this type of passion of having the actual product in your hand instead of just a download,” said Anselmo. “I love having the full album, art, lyrics and I think vinyl sounds better. And as a label owner, it makes me happy to see that people slowly but surely want to have this tangible copy in their hands instead of a free [expletive] download, which is driving me [expletive] bananas.”

“We chose to sponsor Record Store Day because it’s a cool movement that deserves to grow. Record stores occupy a unique place in our culture.”

Curtis believes the transition to digital music puts pressure on record stores and Beck’s has elected to sponsor Record Store Day to honor the irreplaceable institutions.

“There’s something magic about vinyl that digital music has not been able to replace,” said Curtis. “This is not a slight against digital music, but more of a testament to the enduring value of vinyl.”

The key transformation is from buying/experiencing records ( Tower Records) to celebrating records ( Record Store Day) means moving away from mass market to niche market. There are so many companies that failed to transform due to organisational culture, process, technology bottlenecks.

Ramesh, thanks for the great observation and sharing the Kodak story. Agree with your assessment that vinyl might still be niche but it might not be niche for much longer. Amazon has its own vinyl section. High end turntables are coming back in a very big way. And as I mention in my story,  market leaders like InBev and Warner Music (both are SAP customers 🙂 are getting in on the action. It all points to a rapidly growing business trend.

Thanks Tim, history has a strange way of repeating itself. The society moved from community based businesses to Industrial (centralized), now thanks to social media, 'Community' based approach is back.

"Haven't these Earthlings discovered the superior sound of vinyl?"

Third Rock From The Sun

I love vinyl and I have a whole stack sitting at my brother's in Montreal for safe keeping: real gems I'll always treasure.  Superior or not, some songs like The Lamb Lies Down on Broadway just sound better on vinyl (so would Rodriguez, for the matter.)

Two things come to mind on the revival of vinyl:

I really miss going through the stacks of the massive used vinyl shop that was located in the (at one time) entire basement of the roller skating rink in downtown Montreal (lots of Police and Genesis stuff).  Now I browse second hand shops for gems: these make awesome gifts.

Jason, "treasure" and "cherish" are words I hear a lot from vinyl enthusiasts. You just can't replicate the full vision of an artist by singing along to a lyric video on YouTube or trying to appreciate the artwork and lyrics on a puny CD booklet. But you can with vinyl! Also, today's vinyl is manufactured at much higher quality - rarely do you get hissing, popping and crackling that many associate with vinyl. And you're right, having something physical still means something to people. I love the crazy colors and special editions that are becoming more commonplace with vinyl. And I really do hear a huge difference - vinyl just sounds better to my ears.

Of course: how could I for The Medium is the Message (massage, mass age, mess age,...)

I hadn't heard about Record Store Day movement, but that's a great "pendulum swing" story.  I love the convenience and portability of digital music.  I'm a subscriber to Spotify where I have access to just about any song I can think of at any time I want -- and can see and share playlists with friends from around the world at any time.  Something never possible with vinyl of course.

But to Jason's point, there is a value to the "old" physical vinyl that's not available when you buy the "new" digital asset.  (Touch, display, trade, and even smell.)

Over the last year or so I've gotten reintroduced to my ability to read books (who has the time to sit down in a chair and read a book?) when I signed up for Audible.  I've been reading all sorts of books by listening whenever it's convenient for me, like during my commute, on the train, on a plane, etc.  Now the books I'm reading are always with me on my iPhone.  But I do have a slight twinge each time I buy a new "book" that I won't have the actual, physical book to put up on a bookshelf when I'm done reading, as the physical reminder of what a great book it was.  🙂

And wouldn't B&N love it if there were a similar "Book Store Day" movement on the horizon!

Books aren't done yet--at least in the UK.  I heard this on a radio news bulletin earlier today: BBC News - The book's not finished yet

"reintroduced my ability to read books" - LOL, sad but so true. I feel the same way every time I download a Kindle edition of a book too. Not sure if it's regret or guilt but it still just doesn't feel quite right. That's when I'll walk over to my bookshelf and gently caress my unabridged, hard copy version of Bram Stoker's Dracula that I got at the Writer's Museum in Dublin. 🙂

Ok, I am going to reply to my own comment with a really cool "newsflash" about vinyl.

Check out this story called "For the Record: Giving Vinyl a Second Spin"

Here's a snippet that really caught my eye:

"Vinyl sales were up 16 percent last year (and that’s on top of a 36 percent increase in 2011) while CDs continue their downward slide. At first blush, this sounds either like fiction or a miracle. What’s next, the return of rotary phones?"