SAP Labs Bangalore and SAP University Alliances India joined forces yet again to organize the 3rd Edition of SAP Osmosis for 400 + students and 25 Professors of The National Institute of Engineering, Mysore, Karnataka on 18 April 2013. This unique Innovation event is a result of close collaboration of SAP Labs with the one of the state governments – Government of Karnataka in India to meet the objective of building a relationship with the govt agencies and position SAP as a thought leader in the Academia space. This event helped the participating students to understand the latest technologies such as SAP HANA, mobility, Cloud, Big Data through the knowledge sessions that the students were very excited to be part of. 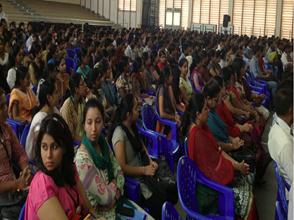 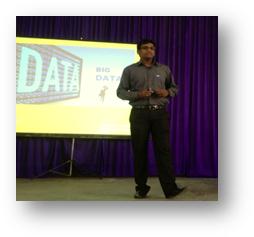 –Previous–
SAP Labs Bangalore has been working with the Karnataka government on a few joint projects and SAP Osmosis was one such event where SAP University Alliances would actively collaborate and participate in organizing the event right from the inception till the closure. The 1st edition of SAP Osmosis took place in
SAP Labs, Bangalore from 7-9 Feb 2013, while the 2nd edition was organized at Tumkur University on 1st April 2013, where the audience was different from
the first edition. The 3rd Edition is being organized at National Institute of Engineering, Mysore (NIE) where 300+ Computer Science students are expected to participate and get informed on key technologies such as SAP HANA, Mobility, Cloud  etc. which would go a long way to help them understand the latest in technology and how they can prepare themselves for the future.
The sessions have been designed in such a way by the speakers that these students could easily understand the content and have lot of fun through On the Spot Quiz competition with lot of SAP goodies up for grabs..