Why Showrooming Is Good For Retail 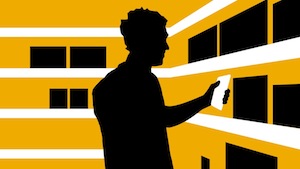 The so-called showrooming effect, researching offline and buying online, seems to become one of the more serious retail problems in our modern hyper-connected world. But it might be good for retailers and even more surprising, nature played around with it for quite a while already. Showrooming is quite common behavior now and four of ten consumers showroom first and then purchase online, as already pointed out in Jonathan Becher’s recent SAP Business Trends post, What Every CEO Should Expect From Their CMO.

Retailers seem to lose customers to the online world and they react to it with price-matching guarantees or by running their own low-price online shop in parallel to their physical ones. As neither of these measures seems to be a good solution to the problem, I suspected that the issue might be more complex than simply shifting customers from offline to online but had no further ide how to tackle it.

Nature knows showrooming already
Then, while reading something about plants, I realized that I heard about the showrooming effect before. As you may recall from your biology sessions in school, flowering plants co-evolved with insects as pollinators, who do the vast majority of the pollinating job, getting nectar or seeds as an exchange for their service. Some plants even go that far in adding caffeine to their nectar, which boosts the memories of bees. While this is a nice and clean biology text book example, what the teachers usually leave out is the fact that plants have to deal with other not so cooperative insects as well, insects that learned to bypass pollination and simply feed on the nectar without pollinating the plants. This is clearly not in the interest of plants and you may already see the similarity, as it is just as unattractive for retailers to give the showroomers a free products check, as the companies invested in their showrooms to invite buying customers.

Flowering plants and insects are around for millions of years, facing this problem for quite some time, and I assumed that showrooming might be more than just a disadvantageous business model. Browsing through the scientific literature (1,2), I found some interesting observations from the interaction between plants and insects. Mutualistic insects – those customers that come and actually buy – are specialists, while the exploiting insects – those customers that research and buy somewhere else – are generalists, visiting more than one plant species or shop. So showrooming is not very brand oriented but rather purposive. Furthermore, plants that pollinate late in the season have an advantage, as the exploiting insects cannot damage as much but the plants get still pollinated. That sounds like a solution already, but defining “late” in retail might be difficult. However, insects counter the “late” strategy anyway, by placing themselves very early at the plant before the mutualists come in and – you probably guessed it – plants are responding by pollinating earlier, in order to avoid too much damage.

Constant change is the theme
So instead of a nice matrix, matching plant with insect behavior, we are confronted with a constantly changing system: in some years plants pollinate early, in others late or not at all, and insects have to adopt in return – an ever changing game. As a result, there is not close match between offer and behavior but plants and insects show several parallel operating modes of action. This all is of course a result from a long and ongoing evolutionary process and transferring it to the business world may be oversimplifying. But I think it is save to conclude that there is no easy fix for showrooming, as it is a highly dynamic process. The co-evolution may have just started with the hyper-connected world but it will go on.

What nature shows as well is that retailers can adopt and minimize the damage. A start may be getting flexible and change the showrooming timings, while maintaining a tight communication with the loyal customers, using the up-to-date technologies and social media at hand. Offering coffee – as plants do – is an option as well of course. Whatever the outcome is, showrooming drives innovation and learning from it might give some retailers a competitive edge.

Kai Goerlich is a futurist at SAP and blogs about trends and foresight.